Classic Sport Bikes For Sale May 25, 2010 posted by Ian
Share 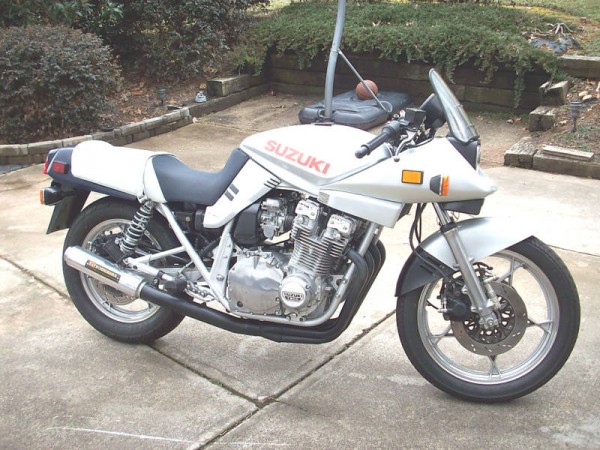 Now most of us recognize a Katana instantly but how many remember the Katana 1000  was actually a bit of a homolgation special?  Yep, the Katana got the GS1100’s engine and Suzuki minused a few cc’s so the bike would be AMA legal.  How can a bike this old still look futuristic?  Love it or hate it, the bike still looks avaunt guard today.  I hope Suzuki paid Hans Muth well because they got their money’s worth out of him for the design.  Now one thing that shocked me was that according to Suzukicycles.org,only 3000 Katana 1000’s were produced.

The bike for sale looks like it is in nice shape.  The seller states the bike is original other than a 4 into 1 Yoshimura exhaust.  The bikes odometer is listed in KM’s, so I’m wondering if this was originally a Canadian bike.  Take a look at the pictures and send yourself back to 1982. 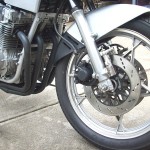 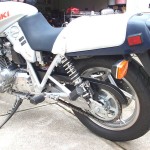 I can’t say I’ve priced one of these lately so I might be off on price here.  The bidding started at $2,500 and the bike has a buy it now price of $6,500.  That doesn’t seem outrageous if you consider the mileage, the shape and the fact that only 3,000 were produced (if that is correct).  I’m basing my opinion on the assumption that the limited production 1000 is more desirable than the 1100 of the same year.  On the other hand the  bigger bike was known to have a stronger motor than the sleeved down 1000.   Are there any Katana collectors out there that can set me straight?   Check out the Katana.  Be sure to check out Katana Central  as well, it has some great info on the Katana series.

Suzuki GSX Katana For Sale: Only 3000 Miles, Barely Broken In!

The last time a champagne colored GSX750 Katana came up for sale I immediately thought of Paul’s old bike. While the image with this eBay listing of course also made me fondly recall that bike, this particular one only has 3000 miles on it! 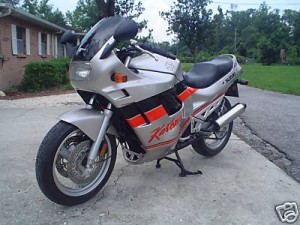 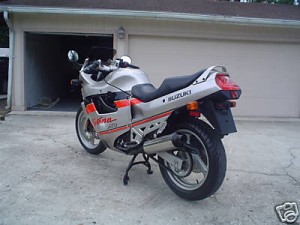 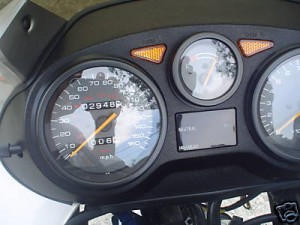 It doesn’t look like the bids are going to break the reserve. Too bad, I wonder what the owner wants for a nearly new Katana? 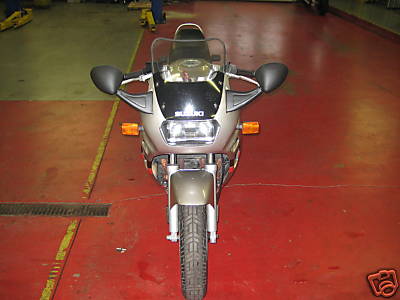