Back in the late 70’s and early 1980’s most motorcycle manufacturers were focused on one aspect of bike development: power or as the t-shirts used to be emblazoned, “no-replacement-for-moving-fast-down-the-pavement!’   This orientation towards higher and higher top speeds resulted in motorcycle manufacturers trying lots of different configurations, including turbochargers and 6-cylinder engines.  While the large manufacturers could afford to pursue both routes (example:  the Honda turbo CX and 6-cylinder CBX in the same lineup) , smaller manufacturers typically picked one or the other method.  But even with their larger lineups the large companies didn’t always end up with the most desirable bike; consider the 6-cylinder Sei range from small Italian manufacturer Benelli.

Benelli was actually the first company to introduce a six-cylinder universal motorcycle way way back in 1972 with the 750 Sei (six in italian).  Somewhat ironically the 750cc Sei was actually conceived as a response to the Honda 500 Four series, except per ownership it had to “go big”.  And go big it did, with six 125cc in-line cylinders fed by 3 separate 24mm carburetors. And while other companies 6-cylinder efforts where forced to look somewhat consistent with the rest of the bikes in the company’s lineup, the Benelli operated under no such pretense.  The Sei was outfitted like a typical Italian machine of the period with gobs of chrome and dramatic Italian red paint.  Oh and it had one of the best exhaust systems ever produced, consisting of six separate trumpet/cone pipes stacked 3 to a side that made a truly epic sound (check it out here.).   Sadly this unit has the 3-into-1 units on each side which were offered by the company at the time but the triple pipes for each side are apparently available fairly easily. 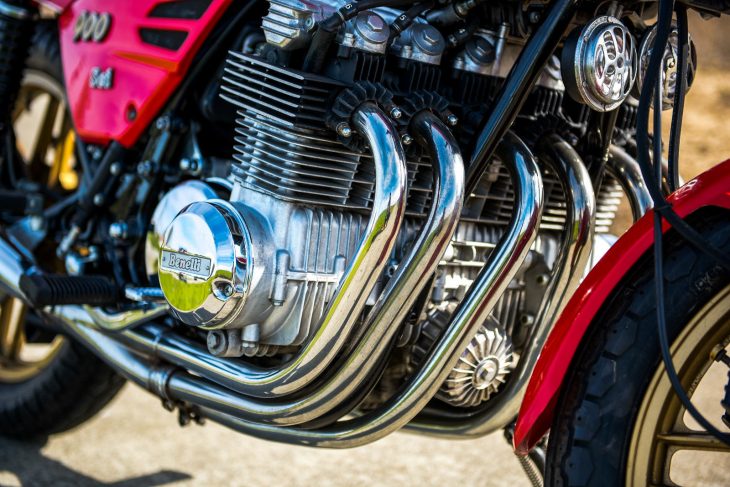 When the Sei 750 was unveiled in 1972, the press was wowed, calling it “outrageous” and a “flashbike” but the pressure from the cheaper Japanese was unrelenting so in 1979 Benelli upped the displacement to 900cc.   A unique duplex drive chain was added, wire wheels were replaced with gold-colored Campagnolo rims and a rear disc brake replaced the former drum unit.   But even with these changes, the bigger Benelli was still hampered by a limited distribution network and the continuing Japanese onslaught.   By the end of production in 1989, fewer than 2,000 examples of the 900 Sei had been built.  It has been estimated that less than 80 of them made it to the U.S. market. (Motorcycle Classics, May/June 2015) so finding one here in the states in this condition and mileage is not something that will happen often. 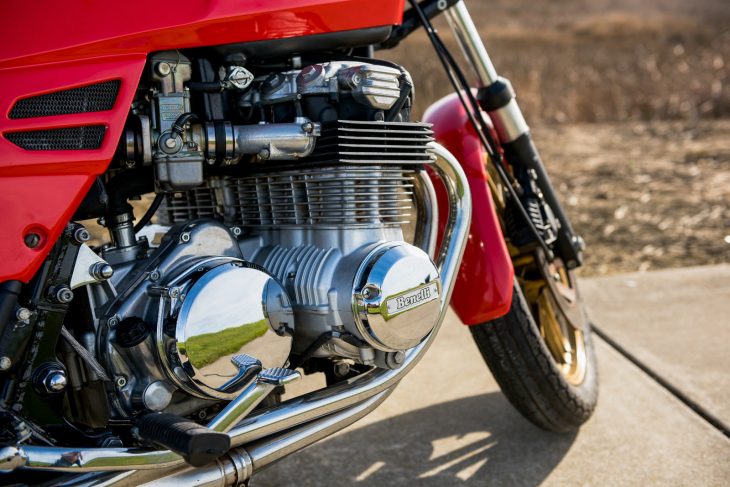 As for condition, well the mileage kind of speaks to that.  The seller does include some decent pictures, although some more basic profile shots would have been nice.

Here is a summary of what the seller writes in the ebay listing. 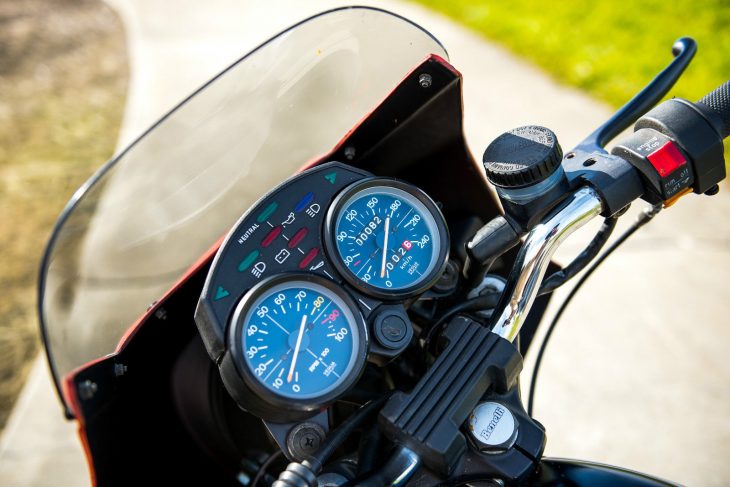 Now we come to the big (no pun intended) question – what is this six cylinder 1970’s survivor going to cost you?  Short answer – it’s not going to be cheap.  Previous listings on RSBFS for similar Benelli Sei bikes (mostly the 750 series) seem to range between $11,000 USD and $18,000 USD and I would expect this one to be somewhere near the top of that range.   NOTE:  Current bidding is already over $10,000 USD.

Given the limited production run and condition, the value of this one will probably continue to creep up especially if the mileage is kept down.  This pristine 1980’s Italian big six will probably appeal mostly to someone seeking an investment/collector bike but I have to admit I would love to hear this one at a bike night, maybe with the triple pipes added and in an exhaust note competition against something like a Ducati Desmosdici…that would be truly amazing. 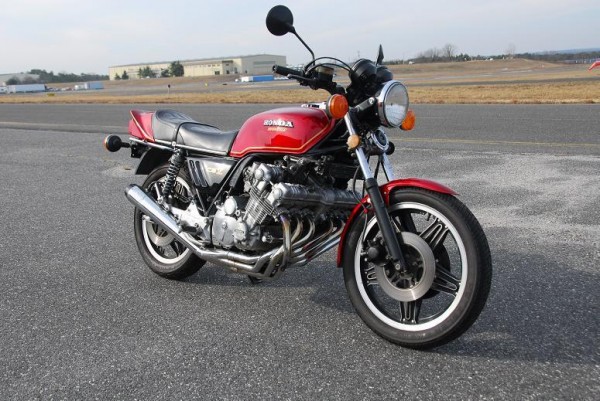 When it comes to presence, nothing says it like a Honda CBX. Designed by Honda engineers to flex a little corporate muscle, this 1047cc, six cylinder, 24-valve air cooled rocket remains one of the most coveted bikes of the 1980s. When it comes to the “naked bike” genre – where the motor is everything – there is nothing like a CBX. One of the upgrades on this bike is the slick DG exhaust. I can’t imagine what a 6-into-1 pipe sounds like, but it sure looks incredible. I also love the fact that the seller has taken these photos on an airport tarmac, which seems very fitting for this particular machine!

From the seller:
1980 Honda CBX supersport in nice condition

Bodywork is beautiful, as you can see. The tank, fenders & side cover were recently repainted by Tim’s CBX.

Everything works. The bike runs great and sounds amazing!

The engine cases are showing their age, they could probably use to be media blasted to bring them up to the standard of the rest of the bike. 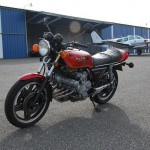 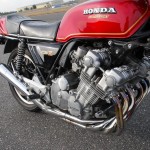 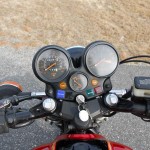 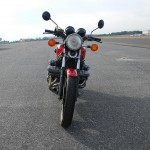 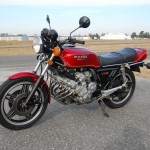 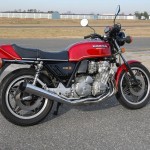 Besides the DG exhaust, this bike features the sport package handlebars, and fresh paint on the tank and fenders. The mileage is quite reasonable for the year, and this owner appears to have taken good care of the bike. The collectability of this model is definitely on the rise, and we have seen prices hold firm over the past few years despite the economy. This auction is on right now, and if you want to be the person sitting in the seat above when the auction is over, then this is the part you’ve been waiting for. The opening bid for this beauty is currently at $1.00. (!) There is a reserve on the bike, and a BIN option of $8,500. To get the details and kick the tires, and jump over to the auction. Good luck, RSBFS readers!

Located in Watertown, SD is this amazing motorcycle with only 3 miles. To this day, after hundreds of posts about rare and exotic motorcycles it still amazes me that people have this much self control. 3 miles in 29 years! That’s crazy talk for a motorcycle enthusiats… no wait; I take that back because there is no way you can call yourself an ‘enthusiasts’ and have logged 3 miles in 29 years.

6 cylinders of Honda muscle power the CBX, but I believe there is a common error in believing that the CBX was the first motorcycle to shoe horn 6 cylinders into a motorcycle frame. FYI: Benelli has the honor of being the first one to use a 6 cylinder in a motorcycle.

Whenever I see or hear a CBX headed my way I always take a look and enjoy the unique sound; especially when you hear those 6 cylinders singing through an open set of old school Kerkers.

This is one amazing motorcycle in mint condition and deserves the attention of any serious collector. Take a look and then jump to ebay for more info and pictures. 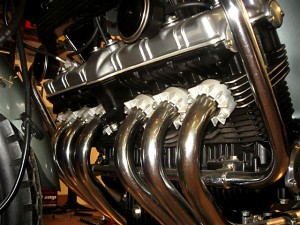 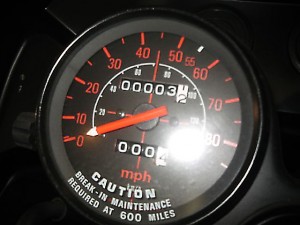 After 25 years of collecting Honda motorcycles, I decided that it is time to sell some of my collection.

THIS IS THE THIRD YEAR OF THE FAMED CBX. THE BIKE THAT STARTED THE SPORT TOURING ERA,,, AN ERA WHICH IS GOING STRONG TODAY!

THIS IS AN NEAR NEW EXAMPLE OF THIS RARE BIKE. AND IS IN FANTASTIC COSMETIC CONDITION. THE FINEST EXAMPLE I COULD FIND OF THIS HISTORIC MODEL!

BIKE WILL NEED A NEW BATTERY!