The 1985 Honda VF1000R answered a lot of prayers when it finally came to the States, after the press and public here had for years praised everything Honda threw a V4 at, but clamored for the serious sportbike Europe got. The VF1000R was the first Honda V4 outside of a full-on racebike to have gear-driven camshafts, and differentiated itself from the slightly less sporty 1000F with full fairings. The big motor made well over 100 horsepower, and the bike could nearly hit 150 mph in street trim, even though it weighed north of 600 pounds with a tank of gas on board. A truck by today’s standards, the VF1000R at the time was a hard-nosed weapon, at least until the GSXRs debuted the following year. The seller of this 1985 Honda VF1000R has kept the bike inside, in what looks like the living room, not the garage. The condition looks great from the small pictures, though the bike is not a low-mileage garage queen. The upholstery and bodywork look to be in top condition, and the bike appears to be mostly, if not all, original. Per the seller, the tires are new. 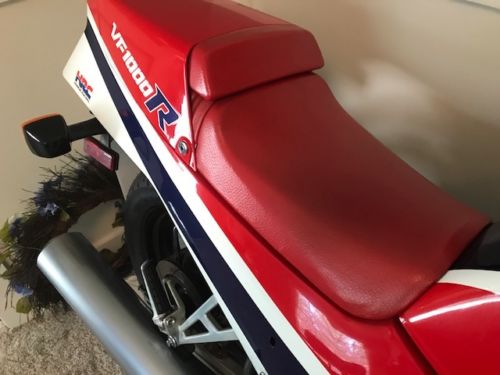 1985 Honda VF1000R. Excellent condition. Runs amazing, everything works, newer tires. This bike is so nice I have it in currently inside my home. Really don’t want to sell it. But am thinning my collection to make a move to FL. This is a serious collectors bike. Call with any questions. If you have a 0 rating you must call me before bidding or I will cancel the bid. Serious bidders only please. Shipping is the responsibility of the buyer. Todd 913-927-8806
I will not disclose reserve. So please don’t ask.

With a couple days left in the auction, the bidding has been slow, and the bike has not reached its reserve. 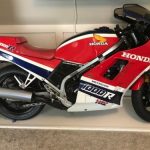 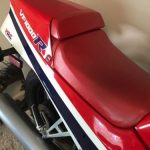 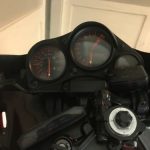 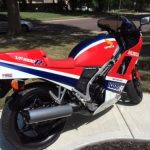 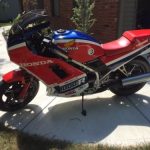 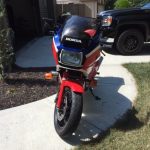 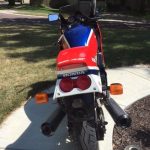 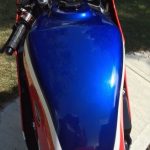 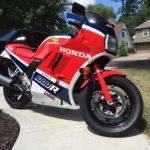 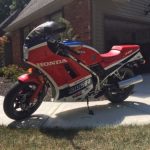