Triumph did a pretty much total refresh on the Daytona 675 for 2013, and presented a very equipped R-model as well.  This example has been tucked away in an NYC borough and looks well tended. 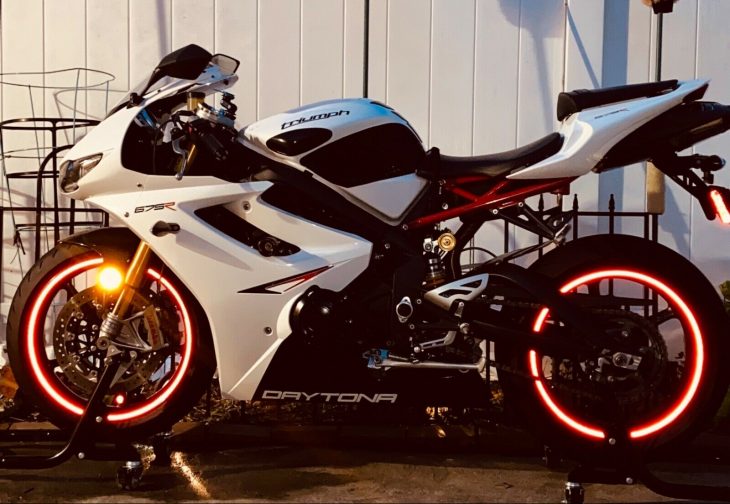 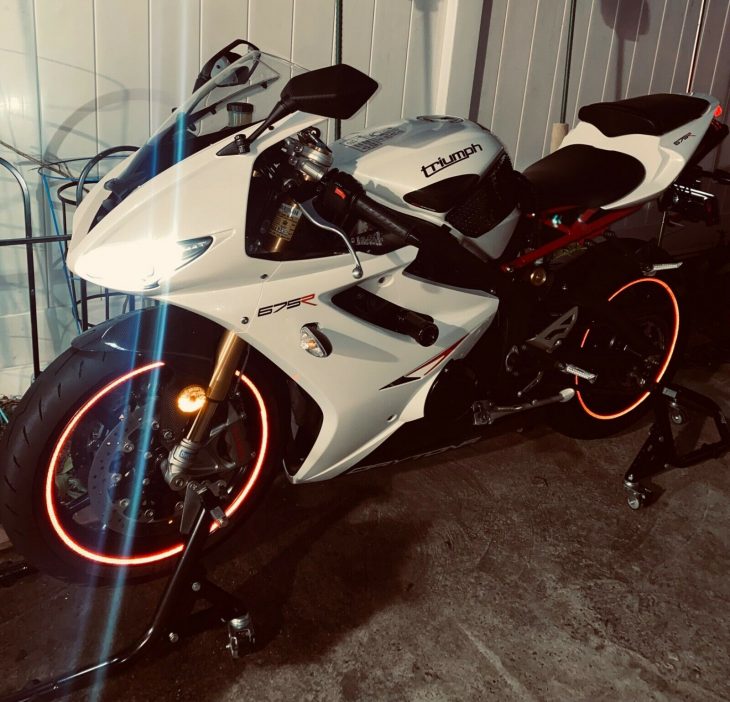 Hinckley started in the engine bay, increasing the triple’s bore and reducing stroke by a couple of mm, making a 14,500 rpm redline possible with peak 128 hp at 12,500 revs.  A separate cylinder casting has Nikasil bores, and two injectors for each cylinder keep the 13.0-to-1 compression ratio fueled.  The six-speed was updated and incorporates a slipper function in the ramped clutch, as well as a quick-shifter for the -R.   The alloy chassis uses less castings to achieve its combination of lightness and stable mounting points for all Öhlins suspension, with an adjustable swingarm pivot for track set-up.  The R-model gets the better Brembo monoblocks, and features ABS with a selectable “circuit” mode.  The exhaust stays under the engine to keep its weight centralized, and carbon fiber trim makes theirs disappear. 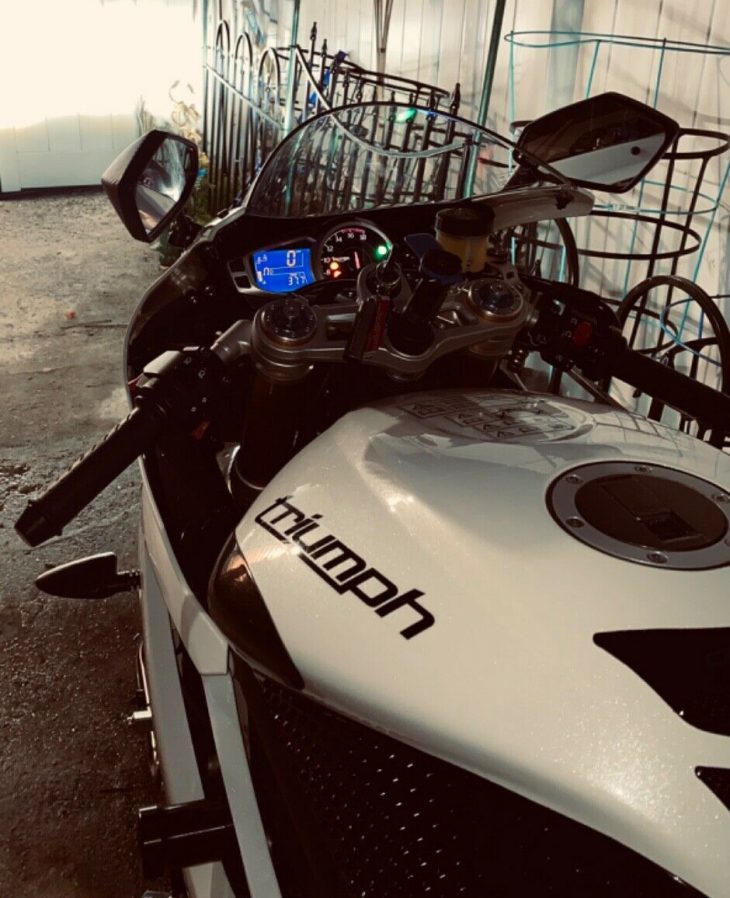 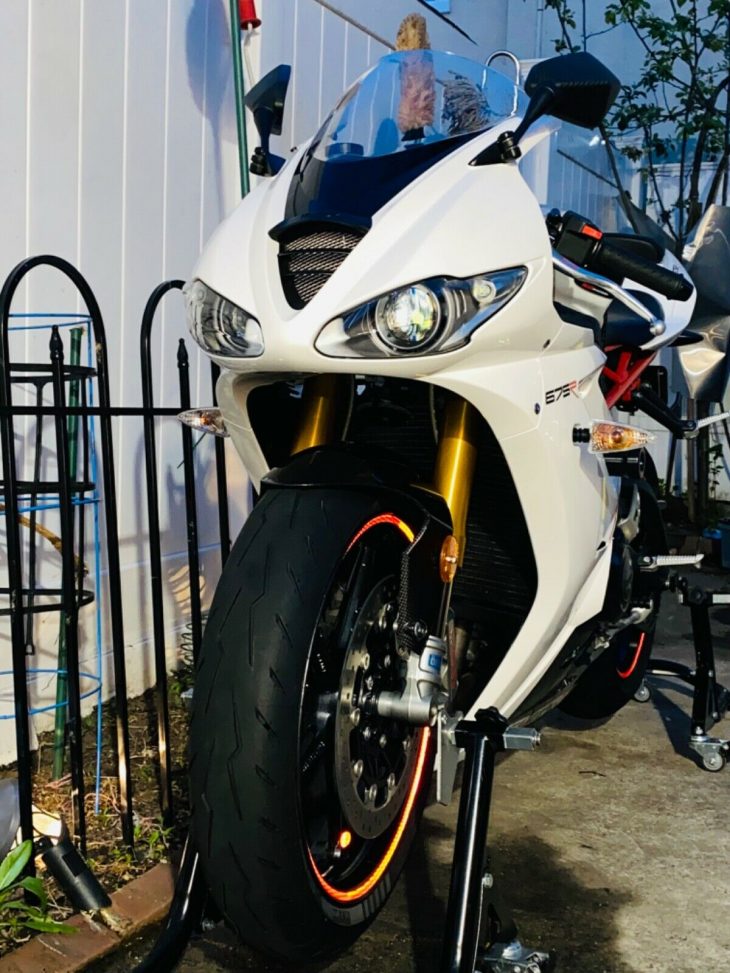 Looks like this Daytona is housed in a courtyard, but with 8,500 miles looks good enough that it must be covered as well.  Tank bumpers and grips are seen, but looks otherwise stock.  With new rubber and a spring service call, this Daytona looks ready for tomorrow’s ride.  Comments from the eBay auction – 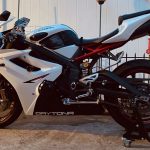 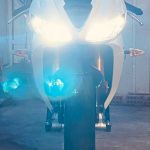 Except for ABS and the quick shifter, this fairly late model foregoes the current electronic wizardry, which might be a good long term strategy.  The update got high marks from the press for its light weight and moderate riding position, and didn’t misplace the earlier Daytona magic.  The R has all the good stuff and the starting bid is a little over half the price when new.