The story of Honda’s two-stroke GP championships is almost as complicated as their two stroke road bikes’ history.  This example looks to have been spared too many previous owner’s antics, with just over 7,000 miles and very good looks. 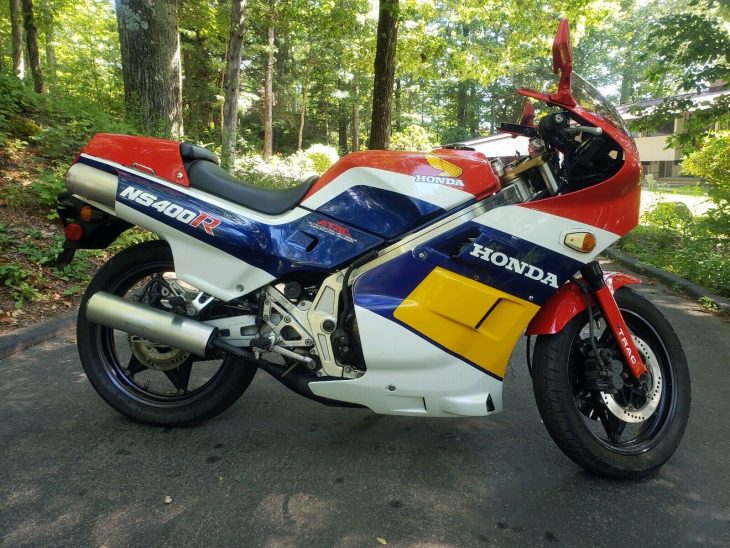 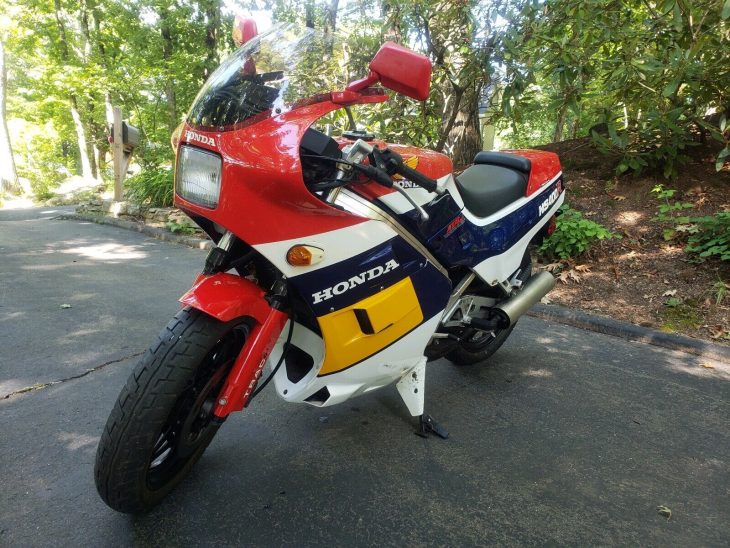 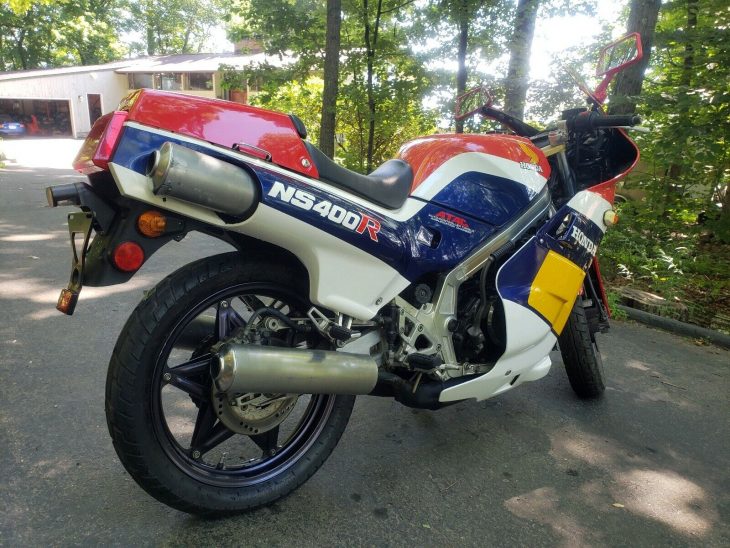 While some manufacturers developed “square” four-cylinder engines for Moto GP, Honda kept things to a single crankshaft and passed a lot of the NS500 developments to the NS400.  The littler V-3 was easier to license and still packed 72hp into a tidy package.   Like the racer, an automatic exhaust valve extended the torque spread and light alloy chassis put a sharp edge on the handling.  Drilled 256mm disk brakes get you down to corner entry speed, and the staggered 16-inch front and 17-inch rear Comstar wheels help keep the dry weight to 359 lbs. 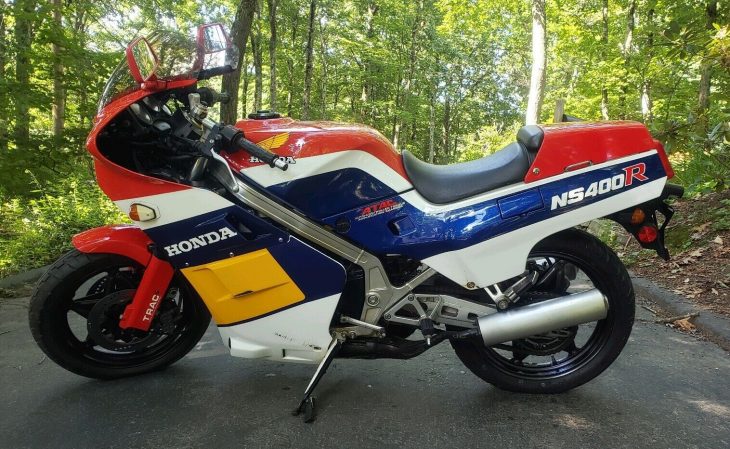 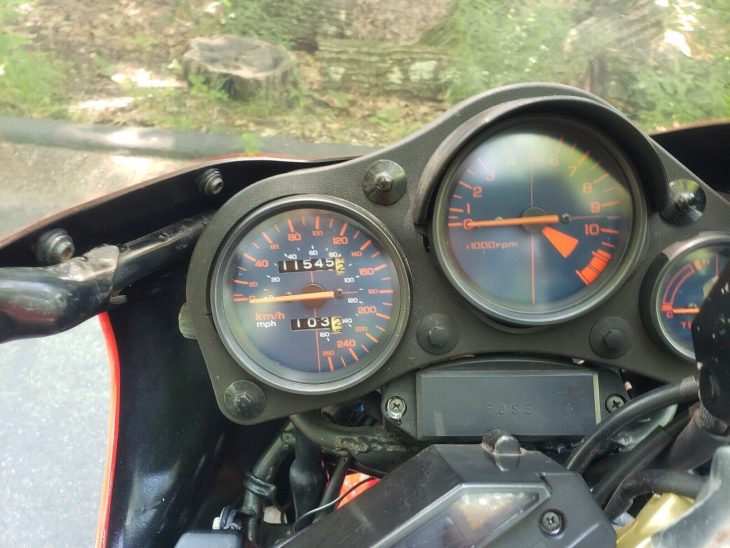 The shorter riding season in western Mass. has helped keep the mileage on this NS400R low, with the Freddie Spencer era livery and except for conformal signals, stock appearance.  No word on how many links in the chain of custody, but a low speed low-side looks to have educated one of the previous owners.  Comments from the eBay auction:

The holy grail of Honda motorcycles. If you don’t know what you are looking at, this is a two-stroke race bike built for the street. This bike is the highest displacement road going two-stroke Honda ever produced. Also this bike has many firsts for Honda including a very potent W-3 400cc two stroke water cooled engine and also the first all aluminum lightweight box section frame.

This bike still has its original stock pistons and the fuel tank has no rust inside it whatsoever. To make this bike even more collectable this particular bike is the HRC version that was designed for North American markets only, but none of these were ever sold in United States. The EPA determined at the last minute that these bikes were polluters and violated the Clean Air Act, so none of these were sold as new in the US.

This bike has title originating in Canada and I have the clear title in my name transferred to Massachusetts. 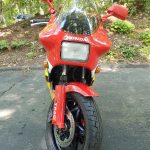 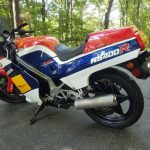 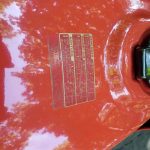 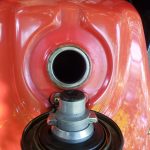 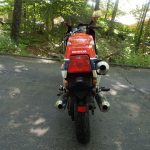 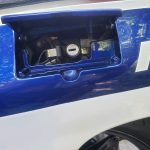 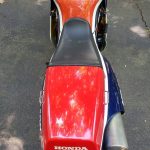 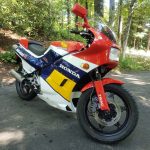 The GP rule book favored two-strokes and as much as Honda wanted to race what they sold, the NS500 and NSR500 V-4 kept Honda in the championship running until the formula changed to a liter four stroke.  The CR500 single was on the other side of the showroom and had more power, but only on dirt.  Bidding is active on this no-reserve auction – take a look – ! 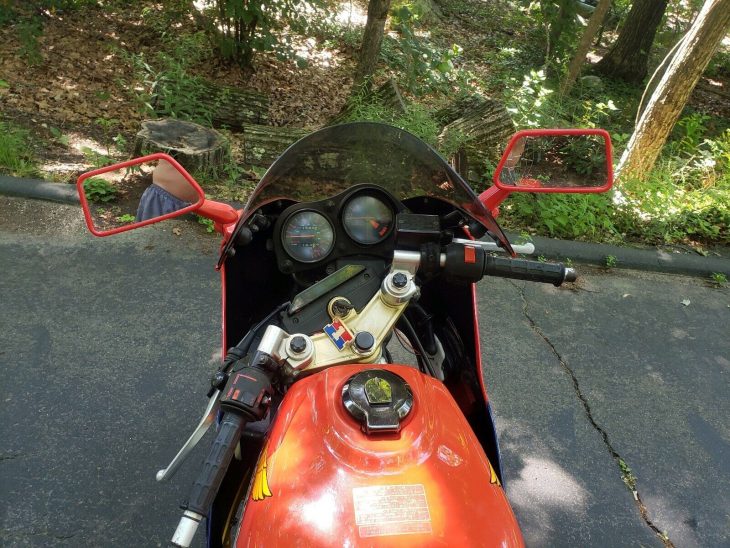