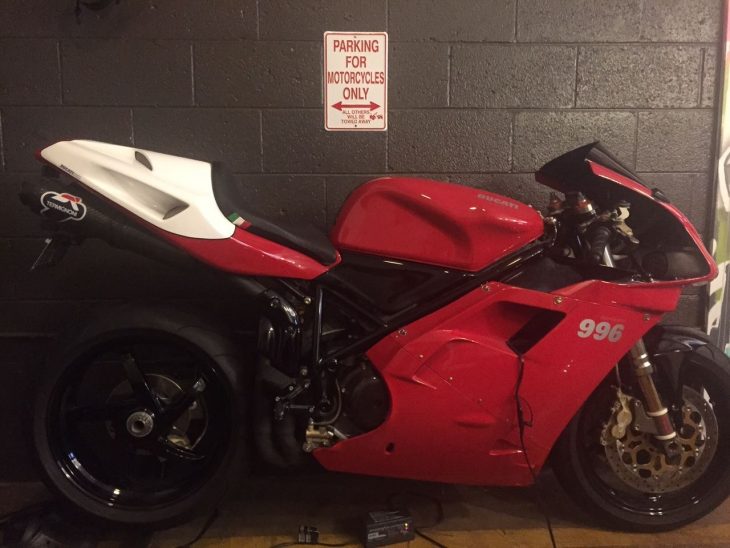 In creating the 996, it might look like Ducati simply slapped a set of fresh decals onto their 916, with an extra “9” replacing the “1.” But the development of the 916 into the 996 and finally into the 998 saw a lot of gradual changes under that very pretty and iconic skin. Introduced in 1999 as an evolution of the 916, the 996 featured exactly what is says on the tin: a 996cc four-valve L-twin engine with many upgrades, including the displacement, from the earlier 916SPS, although it used different camshafts for softer power delivery and 112 peak hp. Proper fuel metering for big twins can be tricky, and the 996 used a pair of injectors per cylinder for improved power and response. With a whole range of S, R, SPS, and even RS versions of the 916/996/998, it can be a bit tricky to navigate all the differences between different Ducati superbikes. In general, the S bikes represent a step up from the base model in terms of looks and handling, with some carbon fiber bits and suspension upgrades, although performance is largely unchanged. So the 996S seen here was basically a regular 996 with the springy bits front and rear upgraded to shiny gold Öhlins bits from the stock Showa components. 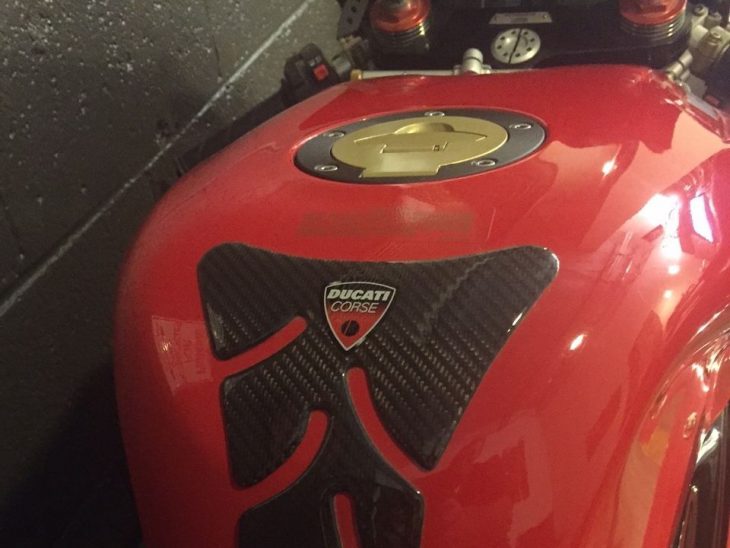 From the original eBay listing: 2000 Ducati 996S for Sale

Showroom condition Ducati 996S. This is not the regular 996, this is the S. This is number 298 made. Termignoni half system slip on pipes in carbon fiber and black. New tires fresh inspection. Block of plates for mirrors. 2,000 miles on bike. ALL RECORDS. I bought it from a collector 4 yrs ago. Comes with stand. I did take off the rear blinkers for a sleeker look.  I just use my hands to turn. NEVER TRACKED and to my knowledge never in the rain. Always stored inside in my living room. Tires are brand new. Custom black frame, triple tree, wheels  and front number plate professionally painted. I also have new air filter just put in. I think this is one of the best 996s in the country. To me it looks FLAWLESS. Firm on Price. Adult owned and ridden. No trades. Clear title.

From the photos, this appears to be a nice bike and, as we know, complete maintenance records are critical for any Ducati so the fact that the seller has ALL THE RECORDS is a bonus. Unfortunately, I think plenty of collectors will balk at that “custom black frame.” Even if it was done, as the seller indicates, to customize the bike and not to hide damage, it’s something that would require complete disassembly to put back to stock, and that’s probably going to hurt price. Luckily, the seller is asking a very reasonable $7,500 for this bike which, if the mileage is correct, could mean a very nice bike for someone who’s not worried about owning a perfectly original example of this classic Bolognese superbike. 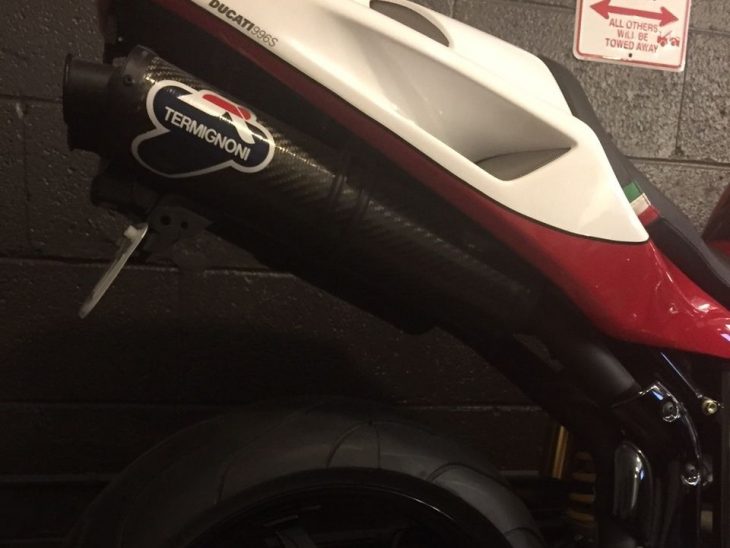