A now-legendary presence at any formula car race, Ayrton Senna won three F1 championships but succumbed to injuries sustained in a 1994 crash at Imola.  The Senna edition of the MV Agusta F4 1000 is a tribute and benefitted a charity formed in his honor, and has some significant improvements in the numbered edition of 300. 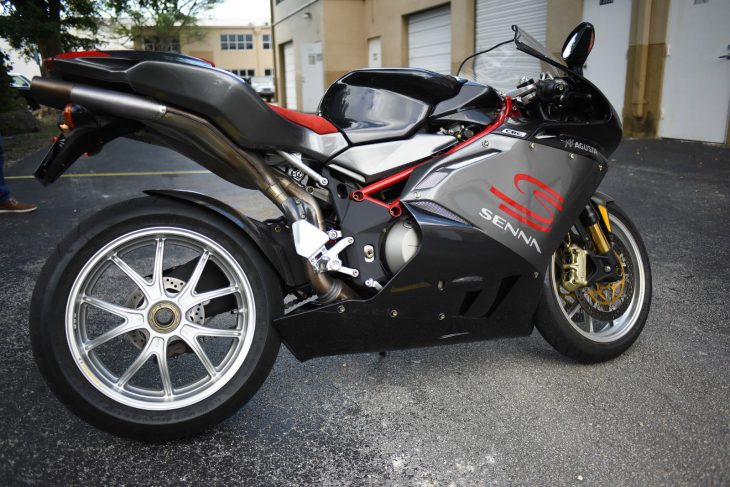 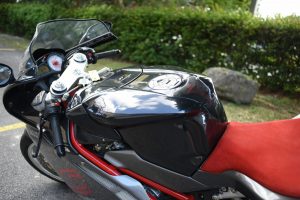 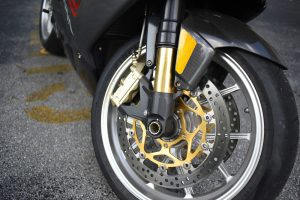 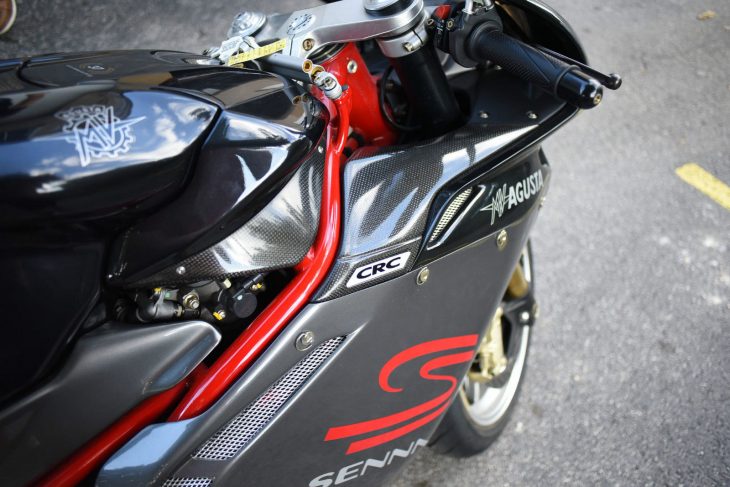 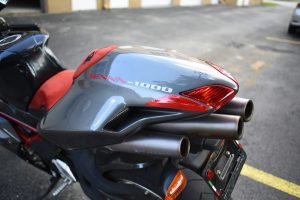 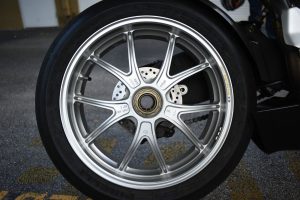 Nicely photographed by a Miami specialty dealer, this F4 1000 has but 1,700 miles and appears flawless.  With its excellent sub-systems, and priced around $30K when new, no owner upgrades are required or expected.  Along with a video showcasing the exotic sound – here – , the owner comments in the eBay auction: 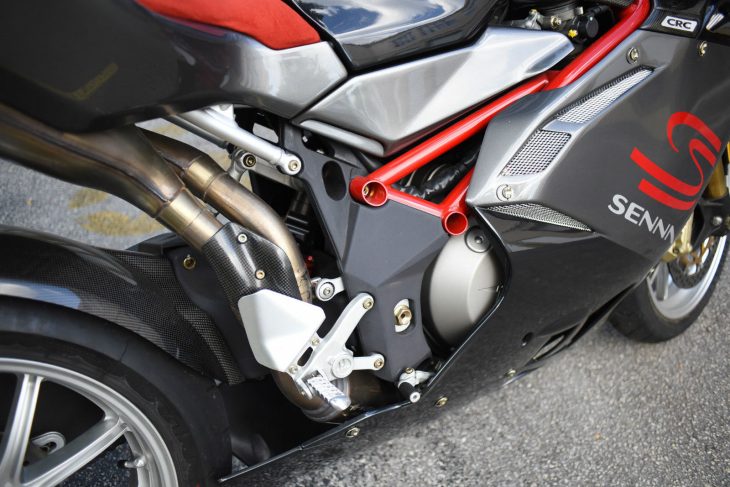 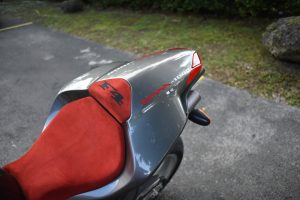 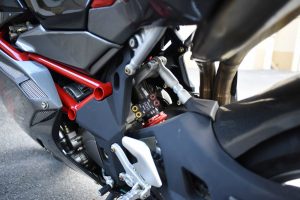 Despite seeming to need a special edition for every season, the MV Agusta cycles were very well designed with help from friends like Ferrari and beautifully made.  The performance was at least equivalent to the superlative materials.  With the new ( and used ) prices requiring a singular rider, an F4 1000 sighting would be notable.  Seeing a Senna edition – with its understated design and exclusive components, even among MV’s – that would be an occasion… 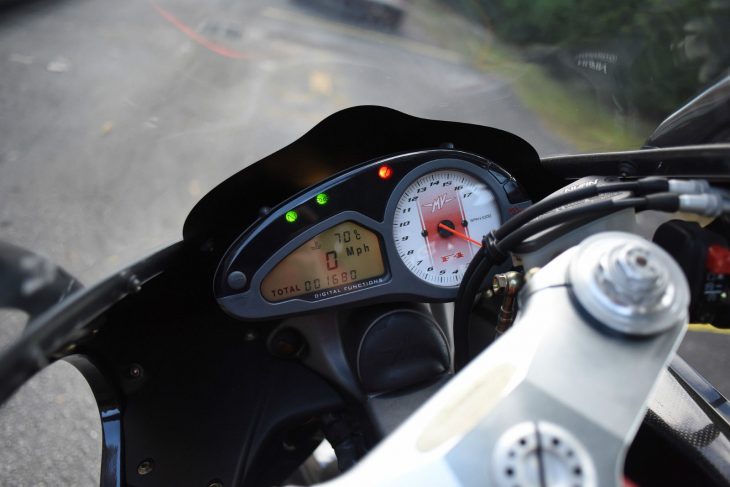