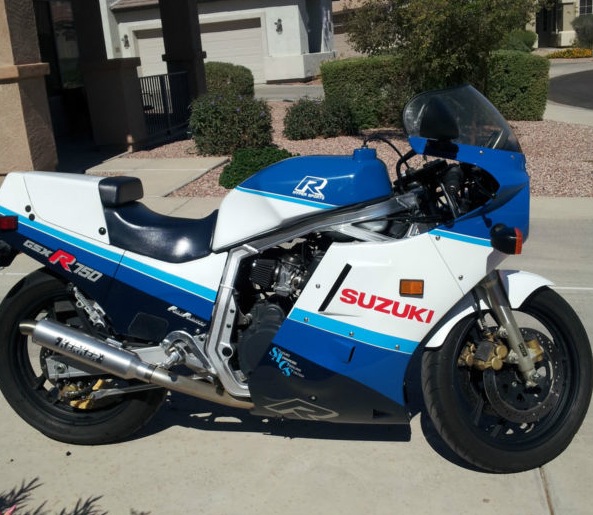 Up for auction for your buying pleasure is an ’87 Suzuki GSX-R 750. I’ve made no secret of the fact that the GSX-R is pretty much my favorite bike of all time. Everyone who follows this site probably also knows the impact this bike had on the world of sportbikes since its introduction. It really can’t be overstated that this bike changed the game and it’s safe to say that collectibility will always be a factor for these early versions, and the later ones for that matter.

Here’s what the seller has to say on this one-

1987 SUZUKI GSX-R 750 with 12,321 original miles. I’am the 4th owner and I purchased off Ebay 07/2002 with then miles 9,638. The history as I know it. 1st owner was a Service Manager at Suzuki. He put on most of the miles and sold after a few years. 2nd owner had for only a few months. 3rd owner kept for 10 years put on 1400 miles and did the following upgrades. **Kerker White Tip Exhaust  **K&N Stage III intake kit (individual air filters with carb recal kit)  **Factory brand timing advance kit  **Factory brand shift kit (detent spring)  **Barnett Clutch Springs  **Genuine Suzuki Solo Seat Cover ($250 option)  **Original grab bar

All original factory parts are included with sale. Every little bracket, nut, bolt etc. that was ever removed.  The airbox had to be cut to be removed from the frame, but it was only cut on one side, and the removed plastic is still there so it could be pieced back together if you wanted to go to the trouble.  The bike is in very good condition; may the pictures speak for themselves. Starts right up, rides straight, twist the throttle and it flies!!!  Holds Nostalgia, a classic, and sure to climb in value.  This model GSX-R in my opinion is one of the best sport bikes and the model by which all others were made.

The Bad: I believe at one point the bike was tipped over. Former seller did not disclose. The back right blinker has some scuff marks. And the original exhaust has some scuff marks and a small dent. Looks as if it was a “tip over” not a low speed crash. Both are on the right side. Original exhaust was replaced with the Kerker. I recieved the bike with immaculate paint and body,other than the blinker, which you don’t notice because it is in the inside. Also, 9 times out of 10, starts up on the first try.  Otherwise, it may take a couple more tries. I can send/text blinker and exhaust if requested.

I will include a powder coated bike stand and the description listing of this bike that I have a copy of prior to my purchase in 2002. I will not end the auction early. The reserve is fair, so don’t ask!!  “Bid to Win”

Will drop off to a reputable shipper here in the Phoenix Area Only and or walk to the end of my driveway.  Sold “As Is” Shipping for Motorcycle, Bike Stand, and Original Parts are the Responsibility of Buyer/Winner 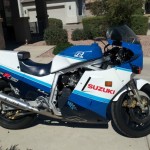 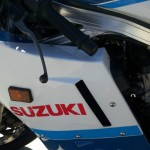 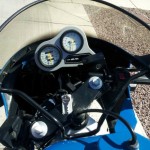 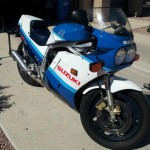 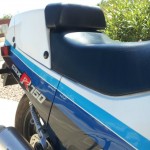 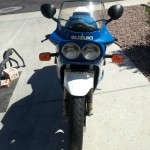 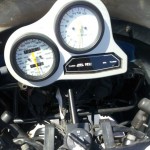 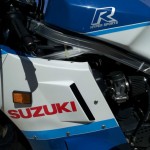 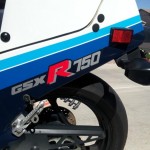 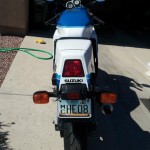 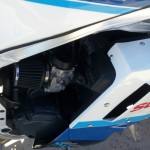 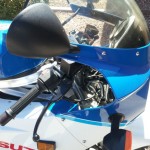 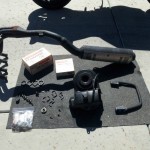 This bike isn’t a dead mint piece you’ll find in the Smithsonian, but it’s still pretty clean and the original parts are included. You’ll see an aftermarket Kerker exhaust, intake kit, shift kit and a sweet factory solo seat (bonus). The seller does highlight some cosmetic issues and modifications, but nothing that’s too extreme considering the bike’s age. Mileage isn’t all that bad either. Paint looks pretty good. All in all, a good example.

Don’t know where the reserve is but I would put this bike at about the $5k mark. Maybe a little less. But I tell you now: Get one while you can. Prices on these will only go up. To make a play, go place your bid!