We could argue all day long about the style of the unpopular but very effective Ducati 999 versus the 916-aping but also very effective 1098. I happen to like the striking Terblanche-styled older machine, but there’s no arguing with the popularity of the restyled bike: they practically flew out of showrooms, adding credibility to my belief that, while Ducatisiti can be passionate about performance, they’re also a very conservative bunch. But no matter how you feel about style, there is no denying that the Ducati 1098R is a serious road and track weapon. Internally, the 1098R shared little with its more pedestrian brethren, with titanium connecting rods and valves to save weight and allow for a larger bore and shorter stroke. The 1098R actually displaced 1198cc, right on the limit for World Superbike v-twins. Interestingly, this is the exact opposite of the Panigale, where the R model is a bit smaller than the more road-oriented versions to meet those same requirements. 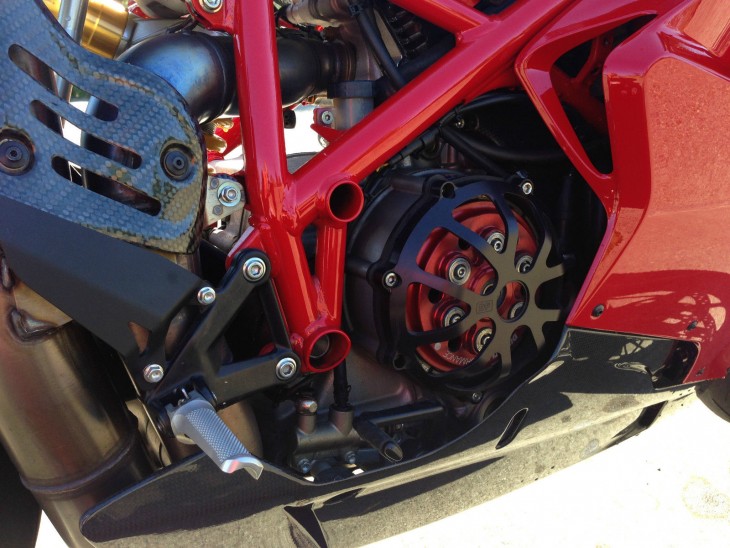 Ducati had to lobby hard to get the rules changed to allow the bigger motor, and while they were able to use almost the full 1200cc allowed, those same rules changes meant they were very limited in terms of other tuning options. That made it tough for the factory to squeeze out more performance, but it means that the road bikes and the race bikes are closer than ever in terms of specifications, so this particular homologation special is very, very special indeed. 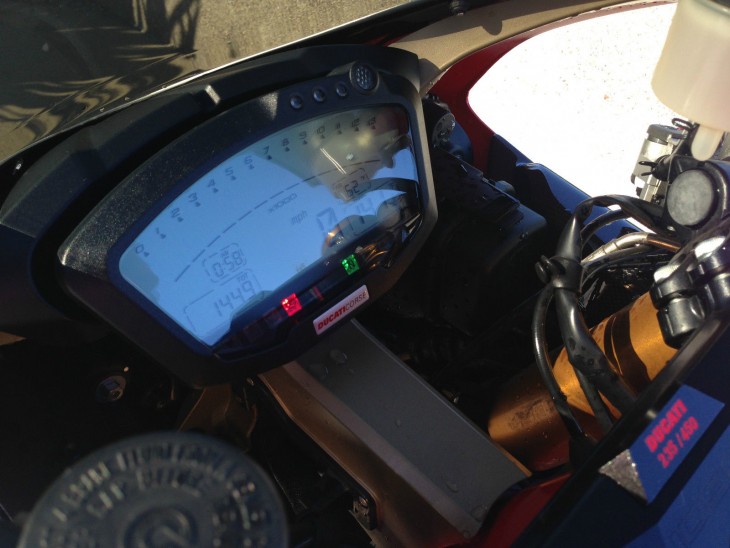 With the included “race kit” installed, the twin made a claimed 189hp, but it wasn’t just power that made this bike so impressive. In addition to the snazzy Ducati Datalogging Analyzer, the 1098R featured the first-ever traction control system fitted to a road bike: the DTC system which, unusually for something Italian, was far sexier in practice than it sounds. 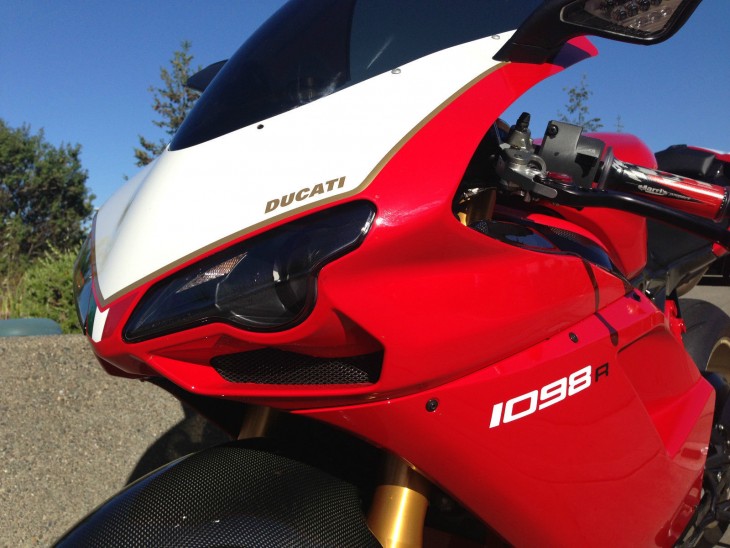 Activated by the installation of a performance chip that was part of the aforementioned race kit, the Ducati Traction Control system featured 8 progressively-less intrusive levels of control to help riders of all skill levels make use of that massive power without high-siding into the weeds. DTC was no newbie gimmick and was basically the same system fitted to Casey Stoner’s MotoGP bike and Ducati’s WSB machines. 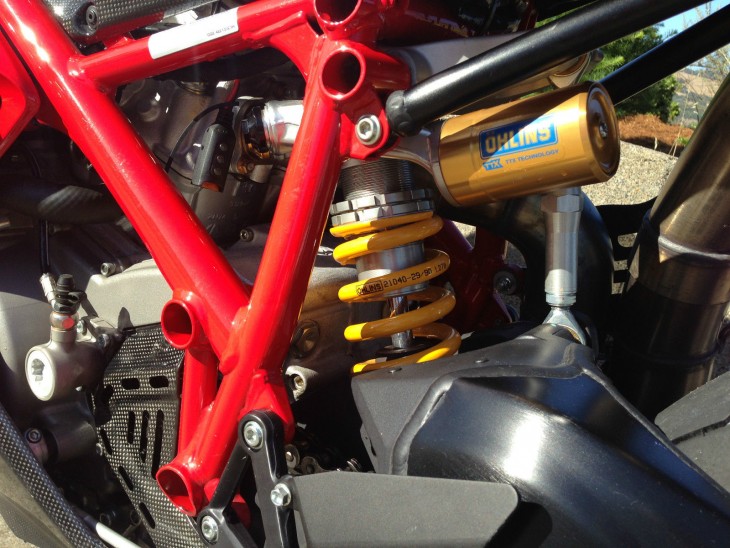 This particular bike is barely broken in and looks to be in basically perfect condition, with under 1,500 miles on the clock, although the Buy It Now price of $20,000 may sound a bit ambitious at first.

But with just 300 imported to the US and a price of $40,000 new, one could also look at the Buy It Now price and think “wow, that’s a pretty serious bargain.” And for sure, these are collectibles in the making, as all Ducati’s R bikes are. The question is, just how long will it before collectors are longing for the days when these cost just $20,000… 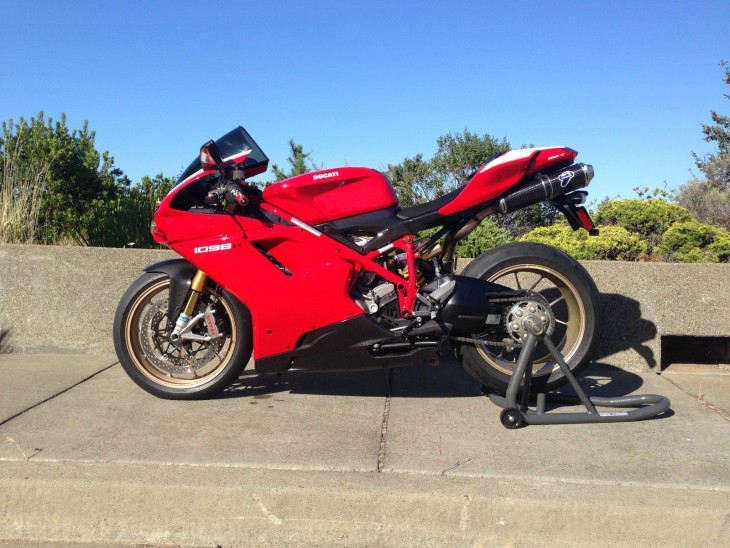