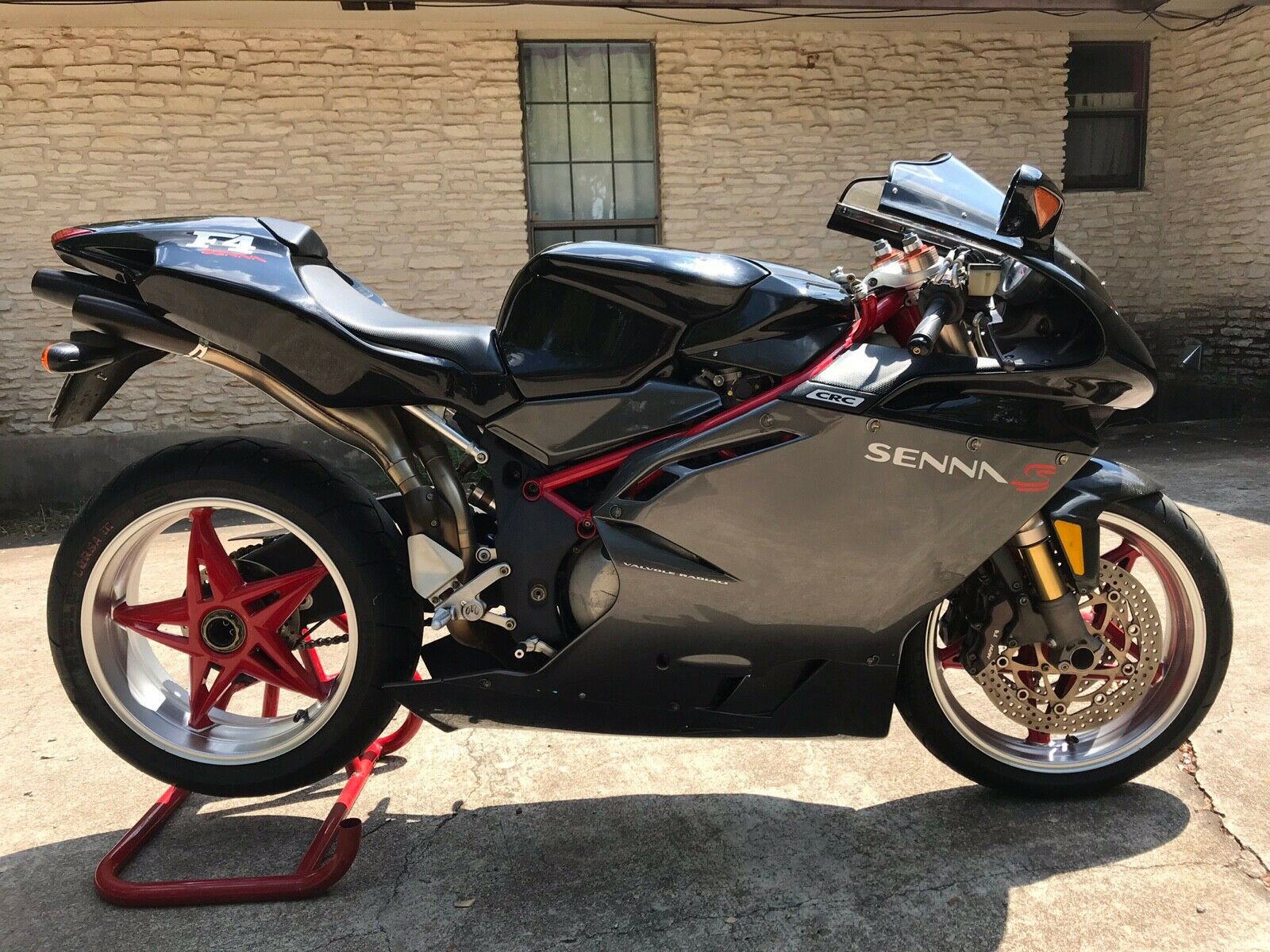 The Senna branded Ducati and MV Agusta special editions are all about friendship. Claudio Castiglioni is the principal figure in this equation; close, personal friend of F1 legend Ayrton Senna, and the captain of the ship for both Ducati and MV Agusta when the commemorative editions were released. In total Ducati offered 3 Senna editions of the 916, while MV Agusta created a tribute edition for both the F4 750 as well as the F4 1000. All net proceeds from Senna-branded bikes profited the Instituto Ayrton Senna, Ayrton’s personal foundation to care for poor and needy children in his native Brazil. Today’s example of the rare Senna breed is a 2002 MV Agusta F4, the 750cc variant limited to just 300 units world wide. 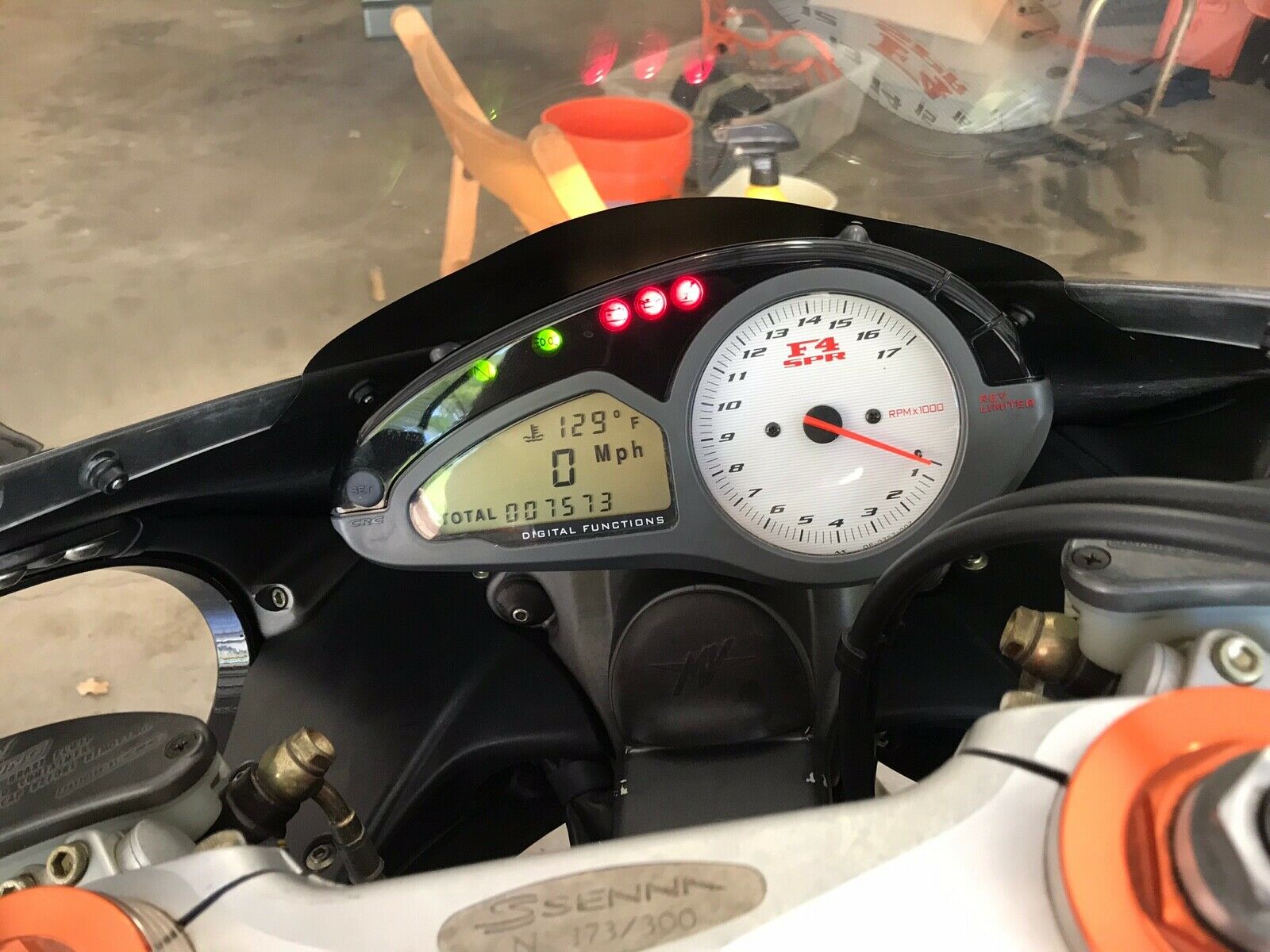 The base MV Agusta F4 750 was no slouch when introduced. As is often noted, the F4 engine was partially developed by the Ferrari Formula 1 engineering team, and featured an inline four with 16 radially splayed valves. The intake trumpets were computer controlled and adjustable for length, allowing for better control of the torque curve depending upon RPM and throttle settings. Good for 126 horsepower in base form, the Senna model utilized the EVO 2 spec motor (which was blueprinted), providing an additional 10 HP and a slightly higher redline. Other bits from the EVO 2 were utilized, including parts for the never released SPR model (note the tach). Bodywork was carbon (instead of ABS), the wheels were model specific and a number plaque was fitted to prove authenticity and exclusivity. 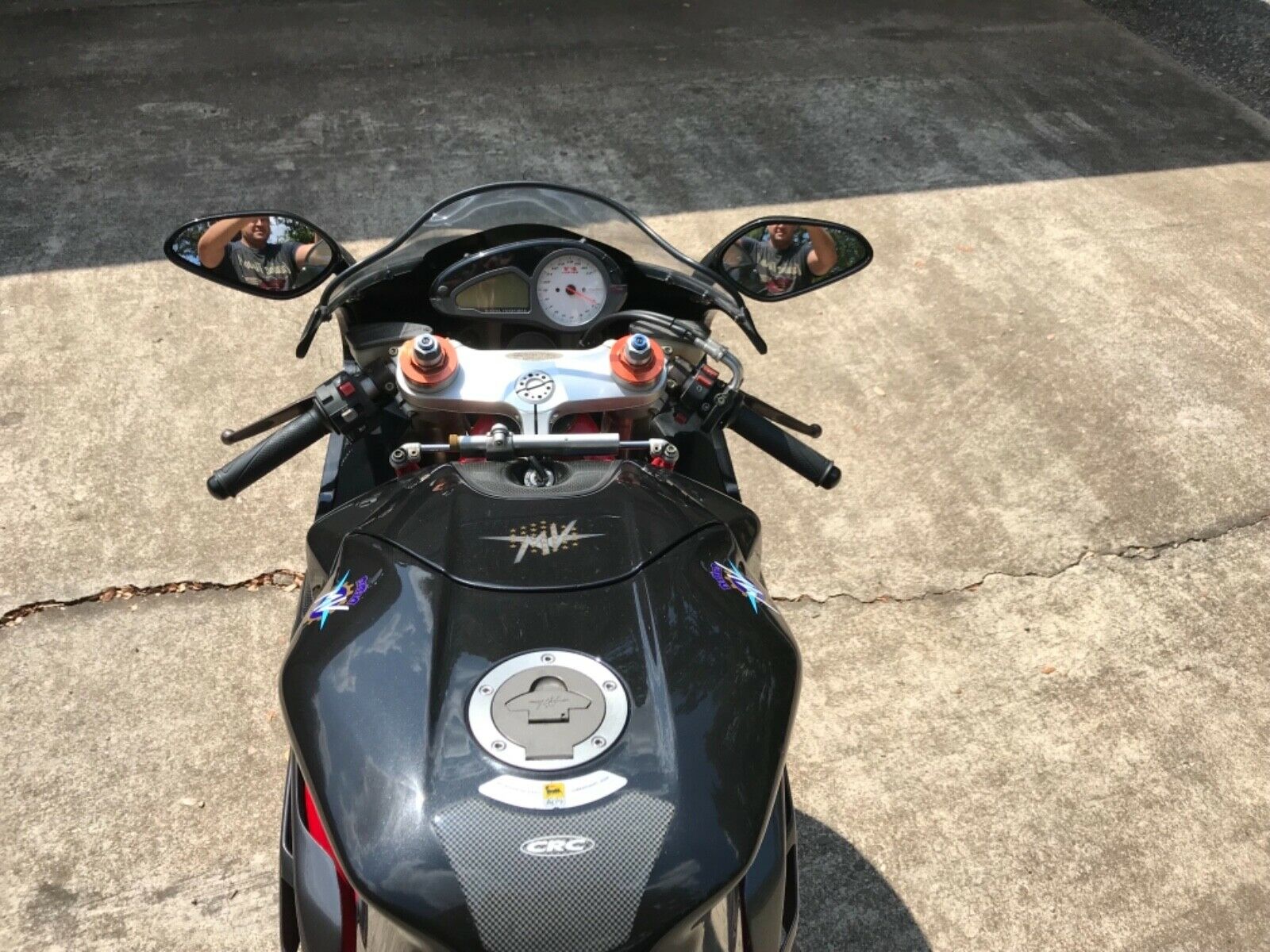 Has Senna RG3 exhaust and chip installed. Includes Senna package wheel stand, cover, extra sprockets, and owners documents. Clean history and title. Never wrecked. The bike has been enjoyed and has had a few rock dings I have treated with touch up paint.

Recently came from dealer service with new battery and all new fluids. The bike is running great and ready to be enjoyed. Tires have plenty of tread but are older, (recommend replacement) otherwise, no other flaws to report.

Senna models are rare and tick all of the right boxes: exclusivity, carbon fiber, star power, stunning looks and great go-fast parts. New these would retail at a substantial premium over the standard S model F4. Hit the fast forward selector some 17 years, and prices have dropped to a point where mere mortals can afford – but still significantly higher than base model F4s will pull in. This particular bike looks to be well cared for across the span of two owners, with service records and some great extras. The BIN on this on is $12,500, with an opening auction ask of $11,500. So that should make the price expectations pretty clear. Check it out here, as we all know the MV Agusta F4 was the design Ducati should have used for the 999. With rare Senna livery this will be a stand out bike for years to come. Good Luck!! 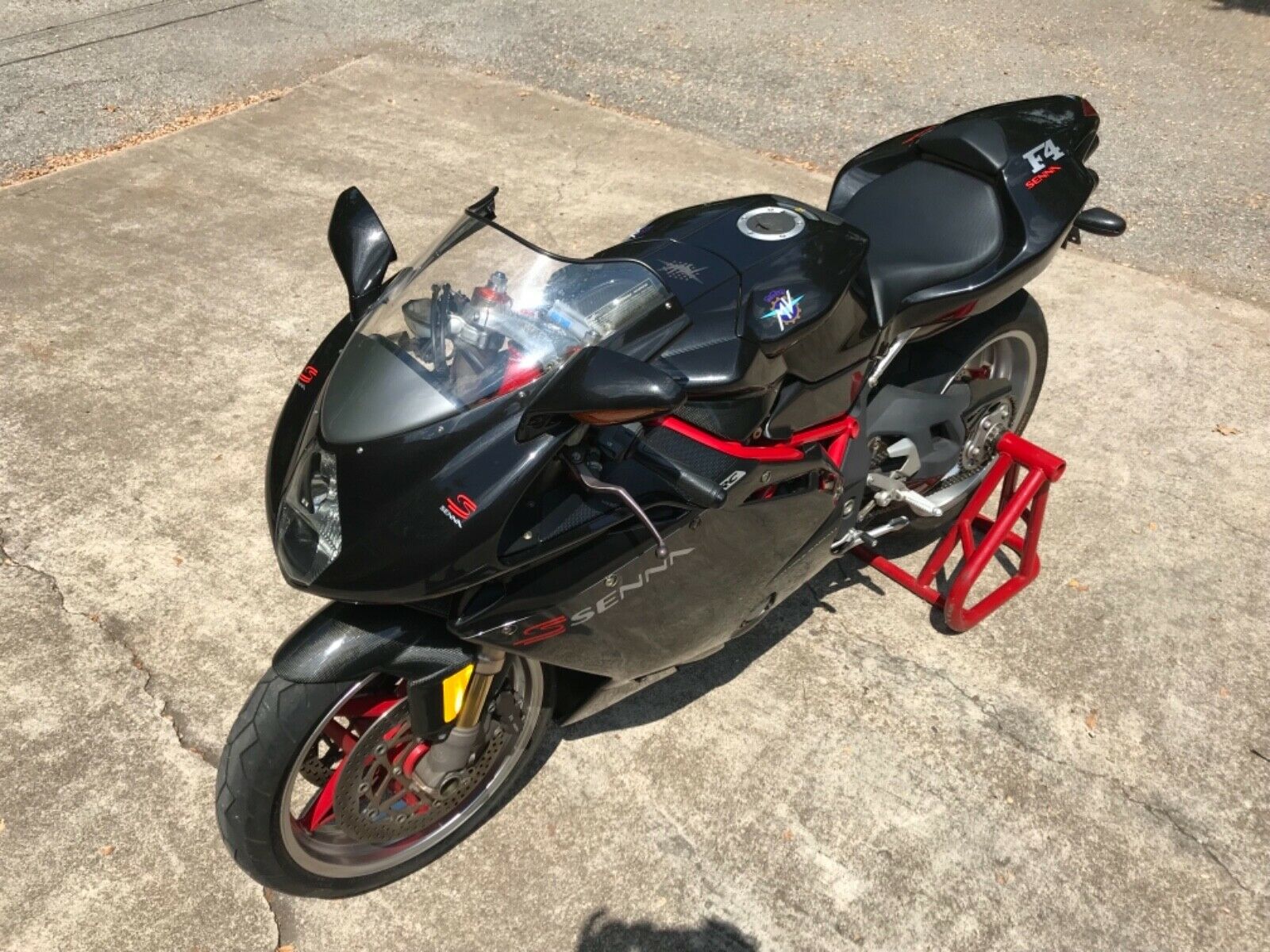 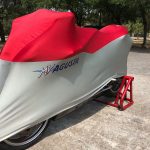 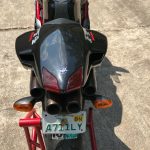 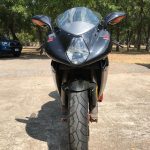 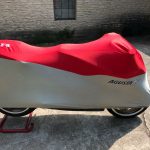 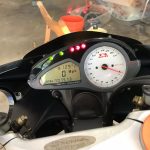 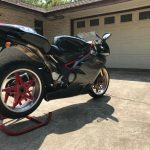 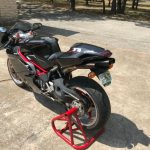 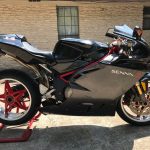 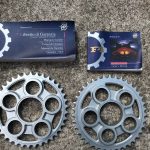