Our Utah collector obviously has a soft spot for the NSR50 as this his his second two-bike offering. This two-for-one pairs a stock NSR50 with a 80cc four stroke conversion. Both have some miles, and are complete, ready for an easy restoration. 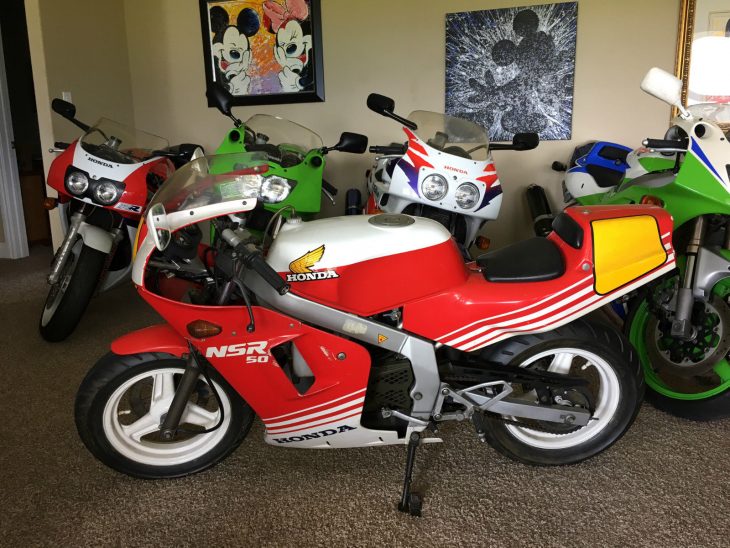 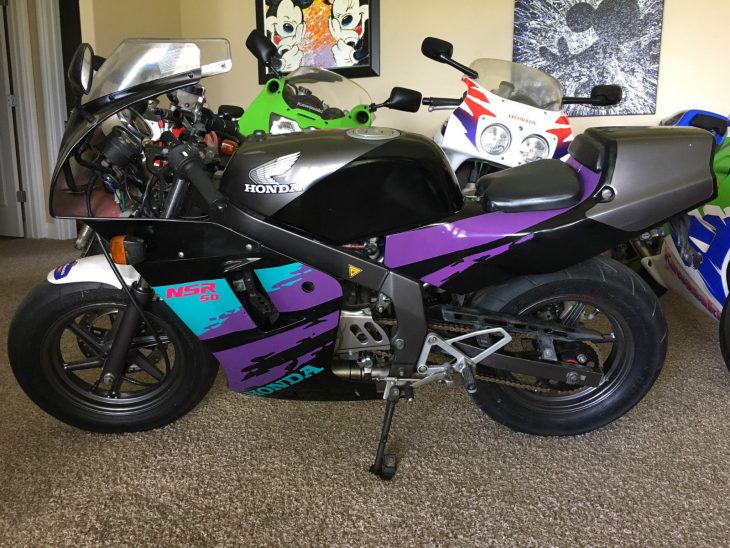 Almost always available in lookalike paint schemes of the more senior machines, the NSR50 is diminutive but flies the Honda colors on pit lane.  Rugged build indicates Honda knew they would live a hard life with young riders and/or be irresistable to full-size adults.  Mini but wicked cool with perimeter chassis, alloy wheels and disk brakes. 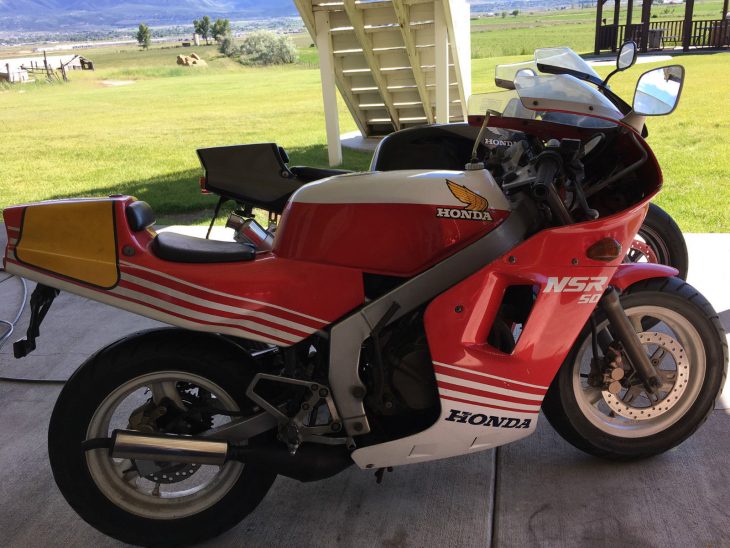 The black machine has been upgraded to a Honda 80cc four stroke, note the large(er) diameter exhaust.

Not often an owner will boast scratches, scrapes, cracks, dents and dings throughout, but props for the honest assessment.

Two NSR’s for the price of one. Up for auction to the highest bidder with NO RESERVE are TWO Honda NSR’s. You get both bikes for one bid. Highest bidder wins both bikes. The RED NSR50 is completely stock with 6299 kilometers (3914 miles).

The BLACK NSR has a Honda APE 80cc four stroke engine professionally installed and odometer reads 8889 kilometers (5523 miles). Actual mileage on engine is less than 500 miles since it was installed. The black NSR also has upgraded front brakes and the upper has been painted. 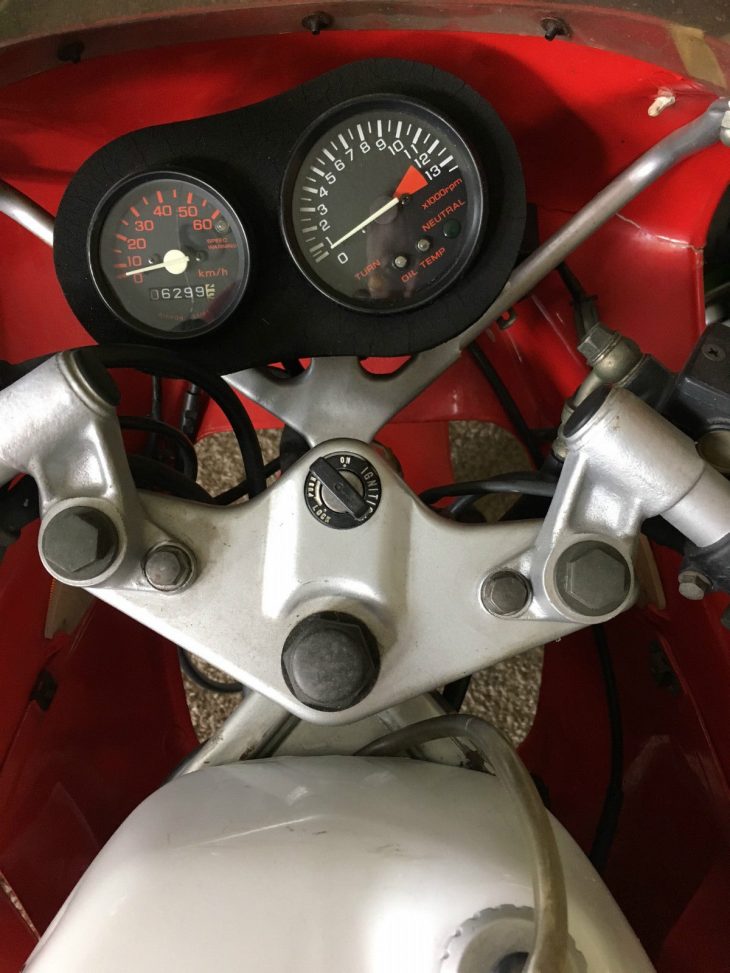 Showroom novelty, pitbike or maybe for the kids, the NSR50 packs more than 49cc of fun into a tiny package.  The 80cc upgrade might tempt you to take it out on the road, but stick with minibike fun races in support of the privateers at your local track.  After restoration, they could be kept in the kitchen, hell maybe right up on the table ! 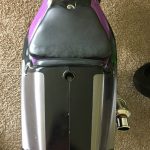 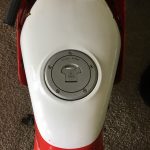 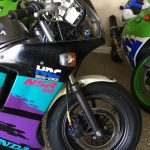 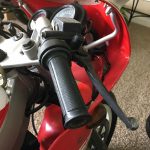 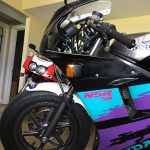 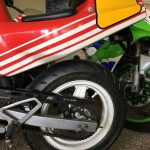 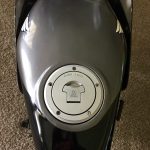