As if a 34 year-old Ducati race replica weren’t rad enough, this 750 F1 has been improved in just about every way to be an up-to-date race shop’s rep.  Developed in NYC and now just a few clicks north, this sparkling 1985 model would be a hit in any concours or vintage race. 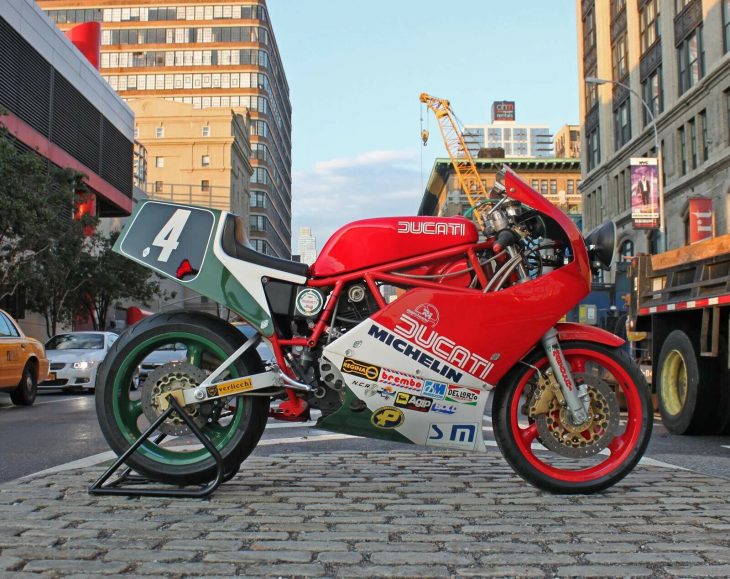 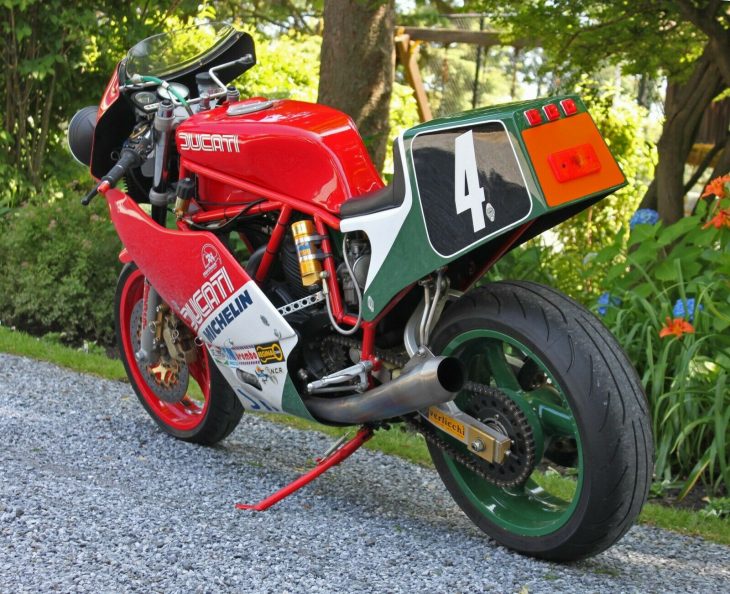 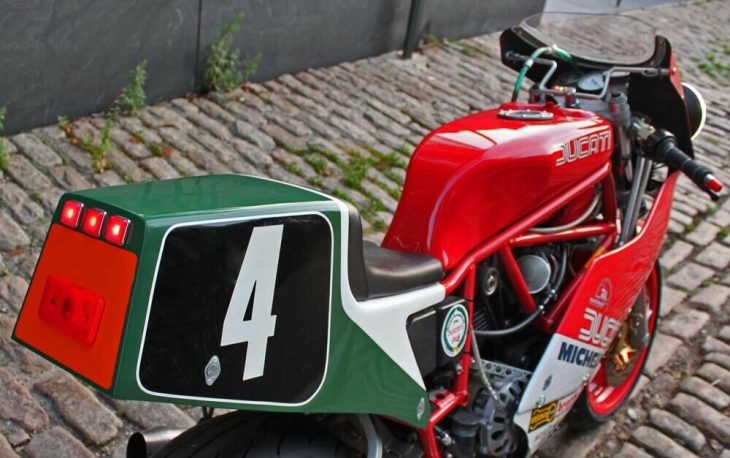 Ducati was taking on water in the early 1980’s, but had four consecutive F2 championships in the TT series which competed with FIM Grands Prix.  Some privateer successes with F2-based 750cc machines led the factory to developed its own F1 race bike, and the Pantah-engined 750 F1 road machine.  The F1 brought a host of firsts for Ducati – first trellis frame for the road, first monoshock, first floating brake rotors, first 2-into-1 exhaust, first alloy tank.  Though not scary powerful or all that lightweight, it was very sporty for the time and a great basis for a race team’s mods. 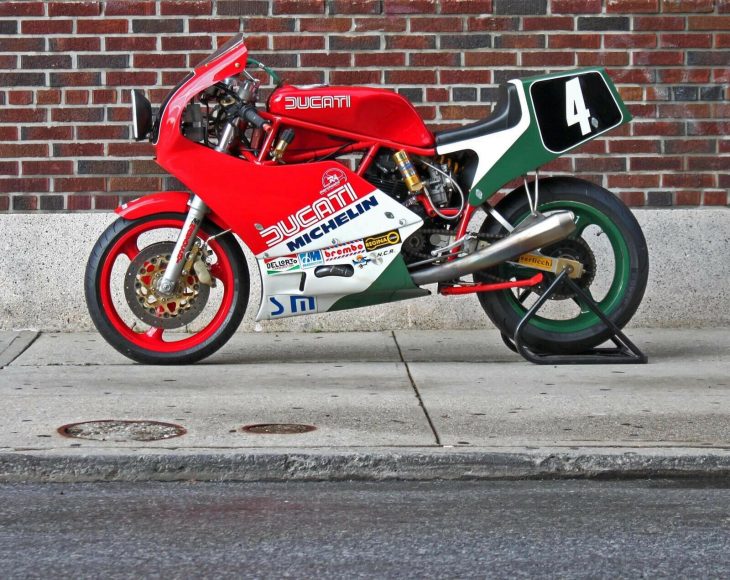 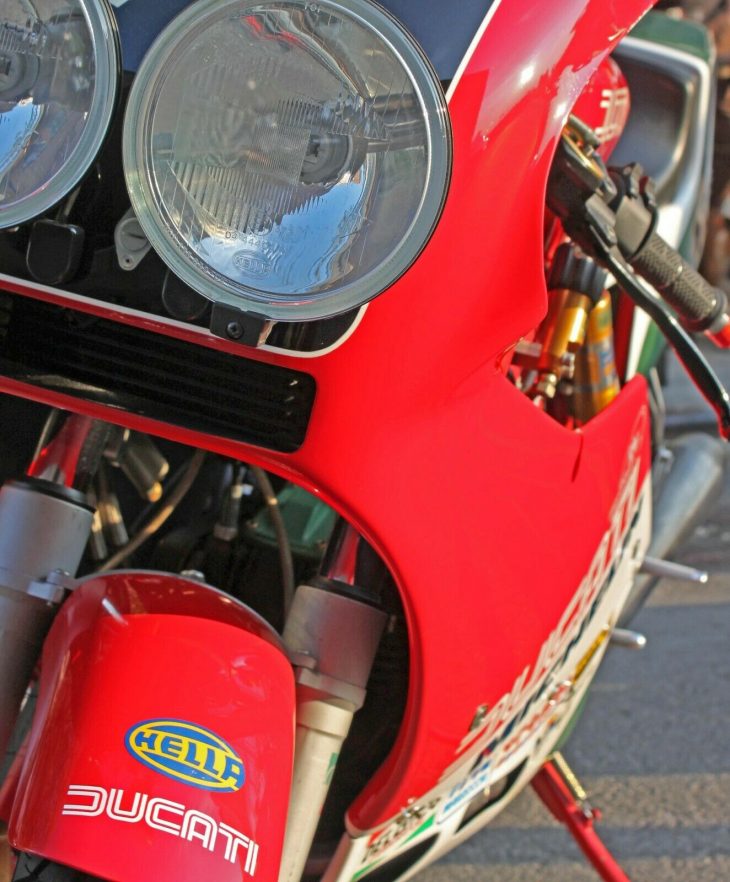 Lou owned this 750 F1 for almost 20 years, and developed it as a replica of Marco Lucchinelli’s factory bike. “Lou’s intention was to make this bike a street racer, and as light and reliable as possible,” says Rathe. So the motor is mostly original except for the cams, Supermono lightweight gears, and a (very loud) titanium exhaust. The wheels are 17″ x 4.5″/6″ magnesium, and Lou shortened the tail and replicated the lights of the works bikes. The front fairing is also in the racing style, and the headlights are quick release—like those used for night racing. The bike is sprinkled with titanium hardware, and weight was removed from everywhere possible—so it now tips the scales at only 305 pounds. Isn’t it just gorgeous? 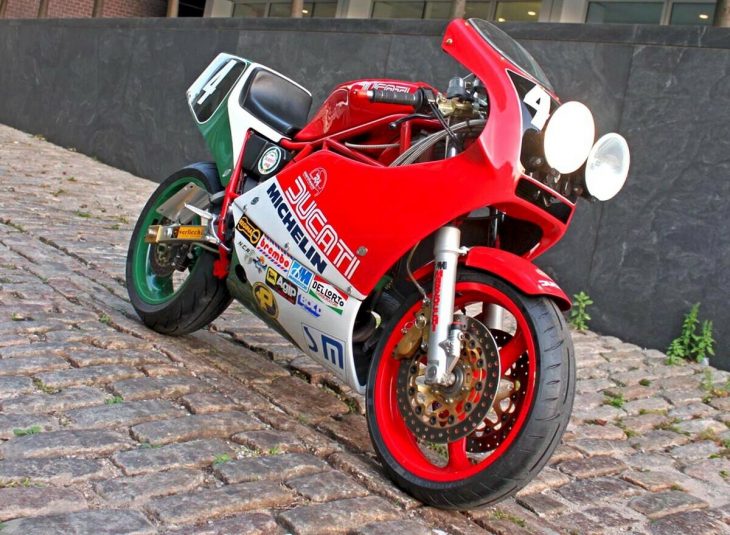 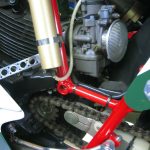 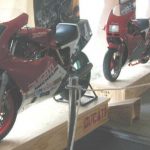 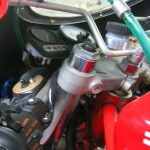 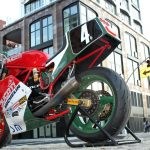 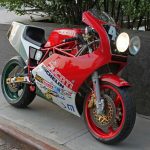 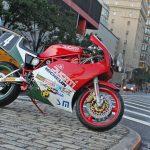 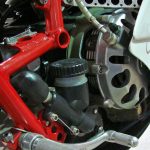 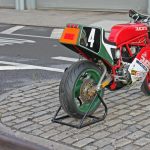 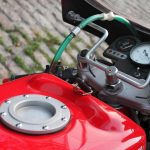 The 750 F1’s popularity led to three special editions named for challenging race venues – Montjuich, Laguna Seca, and Santa Monica, and some F1 racers which did well in the Italian TT series.  Meanwhile the new Cagiva management reconsidered their plan to absorb the brand and Ducati rose to the occasion.  An interesting snapshot of the end of an era, and a museum-quality treatment of the subject. 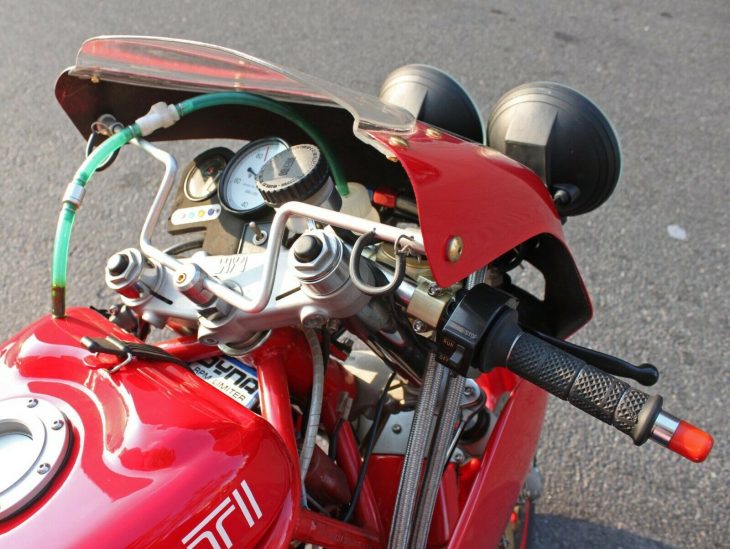