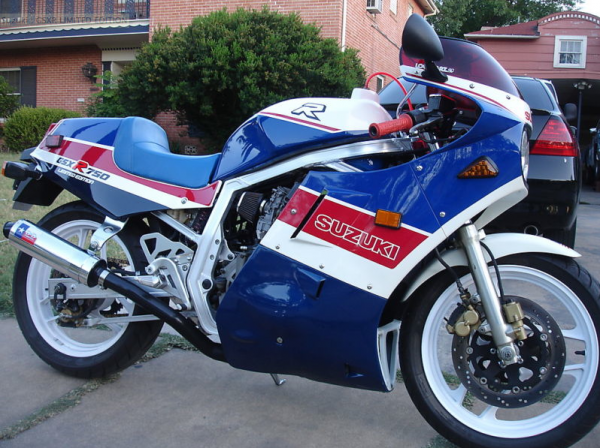 A lot has been written about the GSX-R 750LE here at RSBFS and in recent issues or motorcycle magazines highlighting 25 years of the GSX-R 750. And all of that has been earned in my opinion. In the Suzuki world, it’s hard to think of a more important bike. Gamma’s and RGV’s are all very nice, but for me this is bike number one for any Suzuki collector. Limited numbers and rare, hard to find parts all make up why original versions of this bike command big dollars. I would argue they are still undervalued. You may think different. But you would be wrong.

Up for sale is my Limited Edition GSXR 750R race bike with flat slide smoothbore racing carbs 24k gold plated petcock, new avon tires, new custom made D & D pipe professionally cut down to 13″. I have had this bike fully tuned up with new plugs filters,wheel bearings,powder coated white wheels, Lockhart fairing screen, new petcock, battery,coated tank, front blinkers, fuel filters, rebuilt carb, new fork seals, and lots of Chrome plated parts all around. ( the carb and forks were done Jan 2011 ) I have been watching these on Ebay for over 2 years and they all sell for $10.000 to $19.000.. This one has 3000 miles on it.. I purchased it from the owner of a Suzuki dealer. This was one of his personal collection of bikes. I purchased this bike in 1989 and i have had it in my garage ever since. I ride it about 3 to 4 times per year.. Wife said “get your bikes out of garage” …. Bike runs like a race bike and has current tags… When the bike was new it was wrecked at low speeds by the new owner coming out of the drive way of the Suzuki dealer with under 5 miles on it.( he didn’t know how to ride it ) The dealer somehow had the bike totaled because it needed a new tank and front fairing. ( i have the paper work on the damage, i have to look for it in my filing cab) In my personal opinion i think the dealer was tring to buy the bike back cheep. So anyway the dealer purchased the bike back from the insurance company and bought a new oem tank and fairing. He kept it in his collection untill he retired and then sold it to me with a builders blue Texas title. The bike wasn’t in my opinion in the building condition. Because all it needed was a fairing and a tank. I had the bike checked out at the dealer and the frame and everything else was in perfect condition. So i purchased the bike back in 1989 and i have owned it ever since. I would like to see this bike sold to a museum or collector. Most Suzuki collectors i’ve talked to say there were under 300 of the 750 Limited Editions made. Garage kept, never driven in the rain or been rained on. and NO RUST…

I talked to a GSXR collector who has 3 of these and he said there were only 208 built. So the value of these bikes in the future is going to be BIG…

Latley i have been riding the bike 2 times every month or so around the block to keep the carbs fresh.

Thank You for looking at my auction. Bike is located in San Antonio , Texas

Bike is ready to ship or drive it home

And more pics for you- 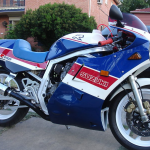 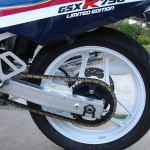 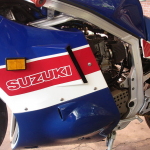 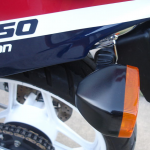 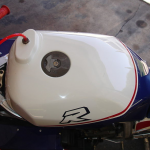 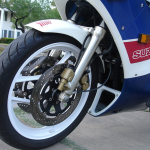 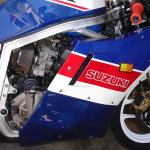 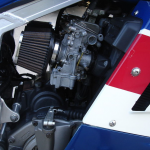 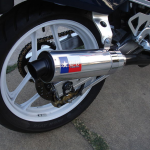 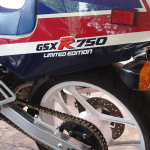 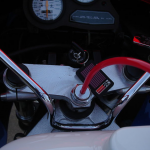 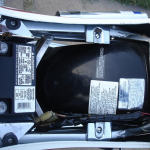 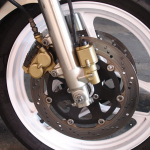 The seller gives a good history of the bike above and the photos show a clean ride. The description also speaks to the bike being dropped early in its life and the steps taken to restore it. The seller highlights the replaced parts being OEM. This is important because collectability is a big thing with this bike. Go check out the June 2011 issue of Motorcyclist to get the lowdown, but the production on this bike is low (200 or less for AMA Superbike purposes) and again the parts (dry clutch, flat side carbs) are exotic and rare. The seller is right to highlight the issues and replaced parts as those things need to be considered when determining the value of the bike.

Speaking of value, the seller lists this at BIN for $8,950. I think that’s a pretty good price for one of these, replaced parts and all. Bottom line is these things are rare. As collectors take the pristine models and hide them away, all that will be left are less than perfect versions. But demand is still there. So I think you can figure out what happens to the price.

If you are a Suzuki fanatic or a collector, this bike is a good start or finish to your collection. Or maybe you just want one of the rarest, coolest bikes on earth. Whatever the case, you should check this beauty out!