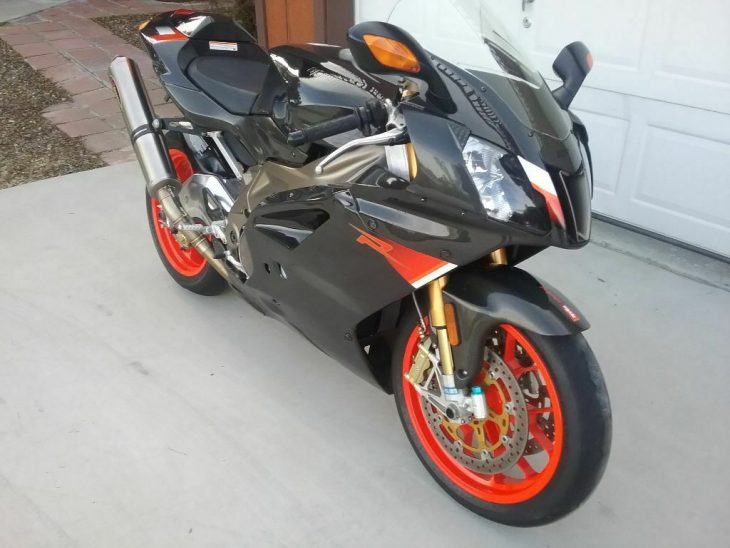 Somehow, in spite of their achievements, performance, and reliability, Aprilias generally qualify as “bargain exotica” instead of blue-chip collectibles. But if you were looking to bet on a particular Aprilia that might qualify as collectible, other than the RS250, the RSV1000R Nera might be worth a look. The upstart Italians were dipping their toe into Ducati’s waters, and the Nera was intended to be the first bike in Aprilia’s “Dream Series” of ultra-premium motorcycles and a kind of “lifestyle experience,” but the whole thing flopped. The world wasn’t quite ready for a $39,500 Aprilia, even if only 200 were made, and each one was every bit as good as a Ducati of the period. 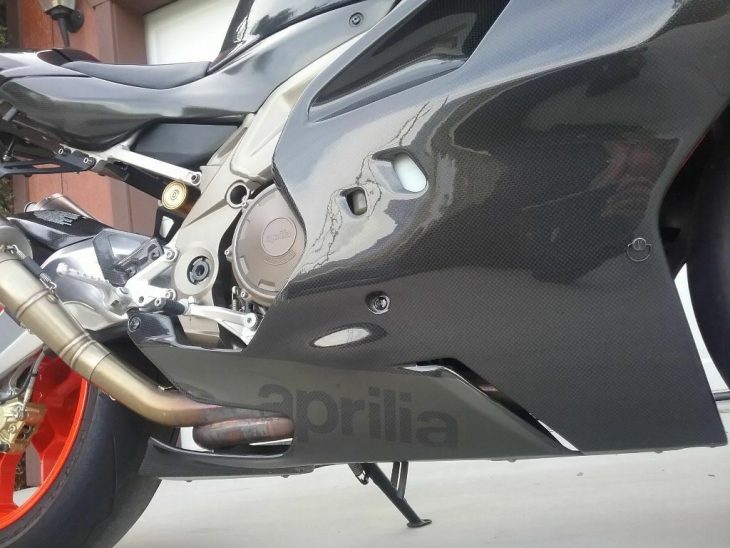 The most obvious thing that set the Nera apart was a complete set of carbon fiber bodywork, including the tank. The frame was painted gold, and forged magnesium wheels saved a couple pounds over the already light hoops on the Factory. A then-new Brembo radial master cylinder was matched to radial Brembo calipers, and the bike had blingy Öhlins at both ends. Some additional engine tweaks and a set of Akropovic cans helped liberate a few horses and some v-twin boom, but the big performance gains came from the reduced weight, down to a claimed 386lbs dry. 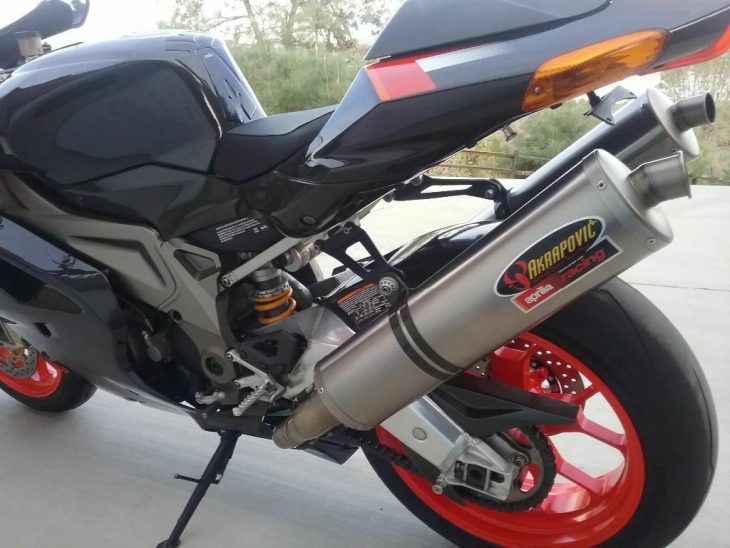 Like many high-dollar Ducatis, the performance increases certainly didn’t justify the price tag. The RSV1000R was already an excellent motorcycle, with Ducati sound, power, and handling, but uncharacteristic reliability from the Rotax-built 60° v-twin that included balance shafts and their PPC or “Pneumatic Power Clutch” is basically a slipper clutch that uses engine vacuum to allow a bit of clutch slip during downshifts and lighten the clutch effort in general. 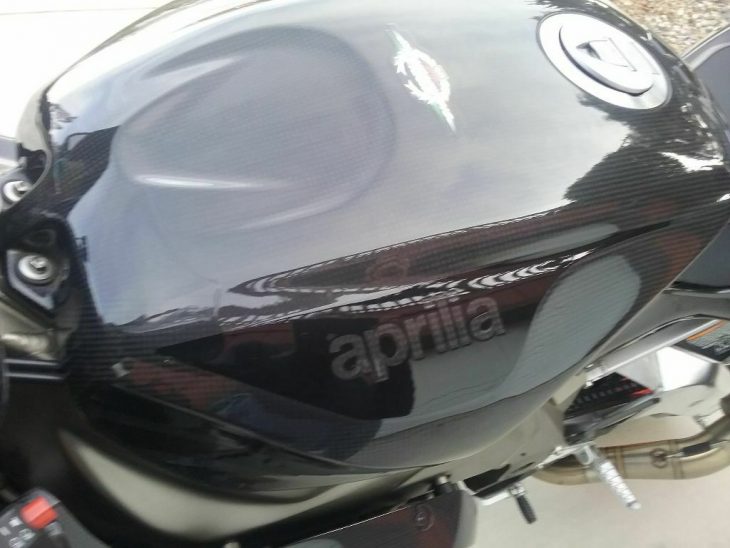 The Nera maybe wasn’t worth Aprilia’s wild asking price, but it was intended to be a premium product so build quality is excellent, and the clearcoated carbon-fiber perfectly compliments the second-generation RSV’s’ stealth-fighter styling. 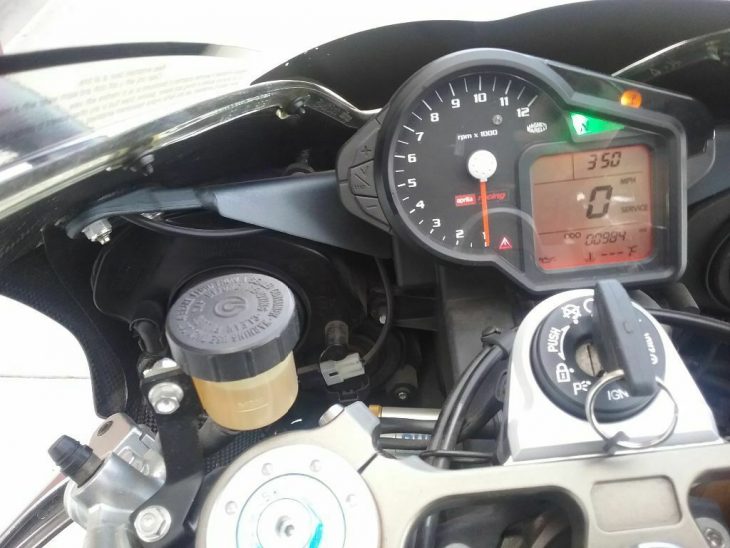 From the original eBay listing: 2004 Aprilia RSV1000R Nera for Sale 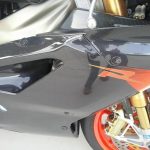 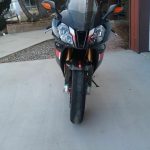 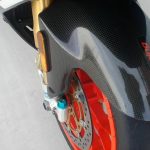 There’s not much to report on the history: the bike only has 984 miles on it! The $14,500 Buy it Now is steep for an RSV1000R, but you can always think of it as a $25,000 discount, compared to the 2004 list price. That’s a screaming deal, especially adjusted for inflation! The RSV1000R is already a highly competent sportbike, and if you’re looking for a functional and collectible Aprilia, this might work for you. 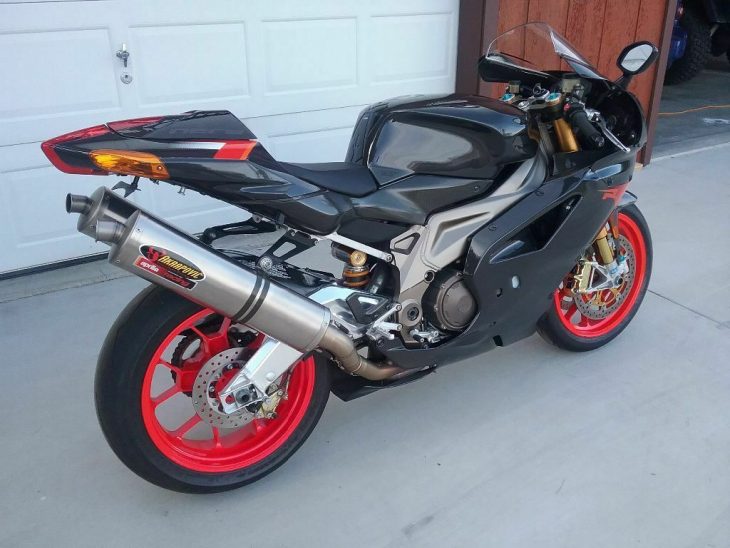