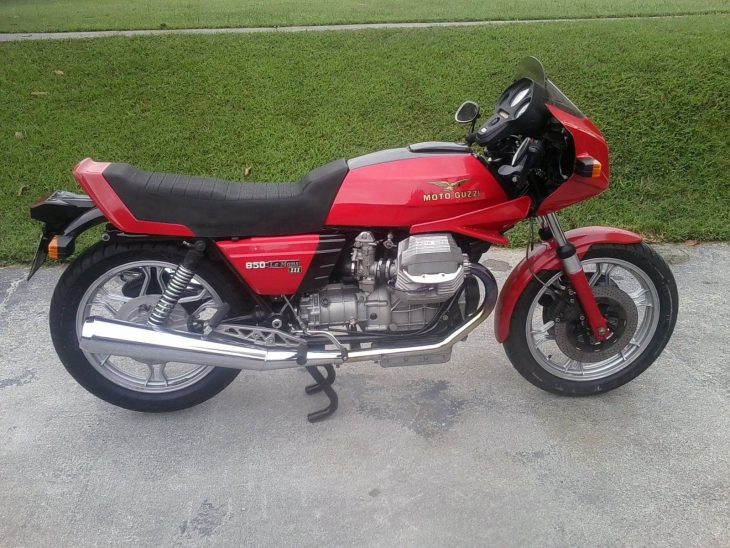 In the world of big-bore bikes – man sized machines – Moto Guzzi has always stood out with a unique style of individualistic and rugged beauty. The oldest continually operational motorcycle manufacturer in Europe, Guzzi was formed in Italy in 1921 with the intent to build motorcycles after World War I. Comprised of the triumvirate of Giorgio Parodi (the money man), Giovanni Ravelli (the racer and promoter) and Carlo Guzzi (the guy who designed and built the bikes), Moto Guzzi began with a simple partnership agreement between the three. Sadly, Ravelli lost his life in a plane crash immediately following the end of the war, and would not take part in the venture. His spirit lives on, however, as the Guzzi logo incorporates wings meant to honor and commemorate the original, fallen partner. 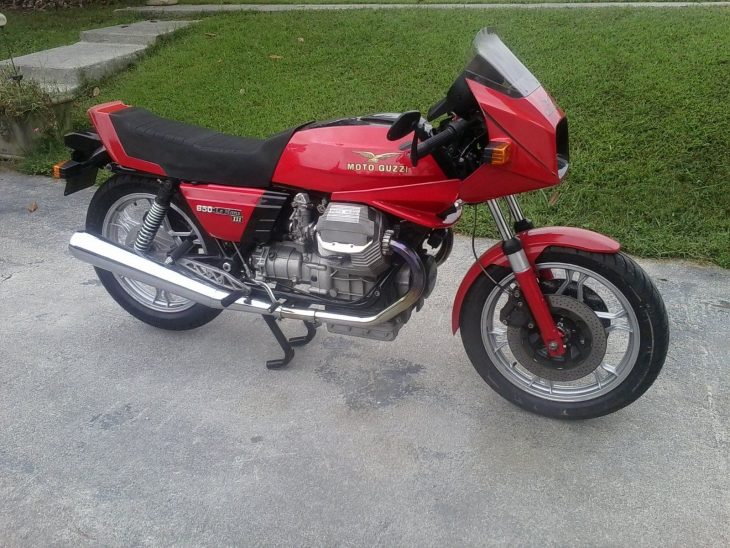 The Le Mans series of machines drew from Moto Guzzi’s great racing heritage and paid homage to the famous 24-hour race. These bikes were created during the De Tomaso era of Moto Guzzi (which lasted through the end of the 1990s). The first generation of 850 Le Mans bikes was introduced in 1976, utilizing the now familiar 90 degree V-twin that has been the Guzzi hallmark since the 1960s. Through the decades that were to follow, the Le Mans series was steadily updated, culminating in the 1000cc Le Mans Mark V in the 1990s. This bike, a Mk III edition, is the more spiritual successor to the original Le Mans model than the Mk II bike, which incorporated a larger fairing and other aerodynamic bits. Power from the longitudinally-mounted twin is modest (mid 70 HP range), but a flat torque curve aids the motoring experience. Novel features included shaft drive and an interlinked braking system whereby the rear brake pedal also activates one disk on the front. 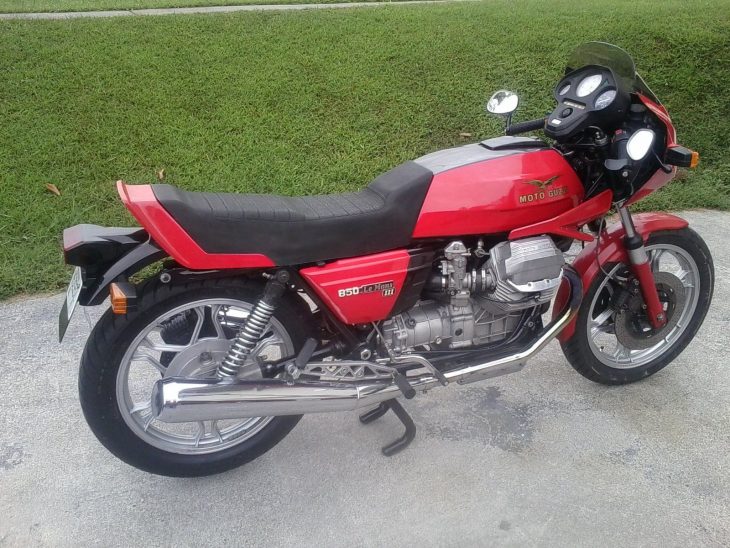 From the seller:
Extremely nice 1983 Moto Guzzi LeMans III. 27,398 miles. Probably one of the nicest originals you’ll find. Starts, runs, rides and stops exactly as it should. Fantastic example of the great bikes from this iconic Italian company. Prices for the LeMans I are out the roof, and the LeMans II have followed. Now the LeMans III has caught on and they are gaining in desirability and value daily. I have no real desire to sell this bike, but an opportunity has come along for which I could use the funds. That said, selling it is not a must so my reserve is firm. I love the bike and am aware of its value, both now and in the future, so have no problem keeping it if it doesn’t meet the reserve. Bike needs nothing that I know of so is sold AS IS with no warranty. Clear title in hand.

When introduced, these Guzzi Le Mans models were every bit the performance bike as their Italian contemporaries from Ducati or Laverda. However the performance landscape was rapidly changing thanks to the Far East, and the likes of Guzzi would soon be overwhelmed by Japanese fours. The high-speed, gentlemanly cruiser fell to the crushing blow of high-RPM horsepower, stoplight drags and technical revolutions in GP racing. Today, Moto Guzzi still exists and produces motorcycles… but these are often viewed more as nostalgic novelties than outright competitors in the crowded motorcycle marketplace. 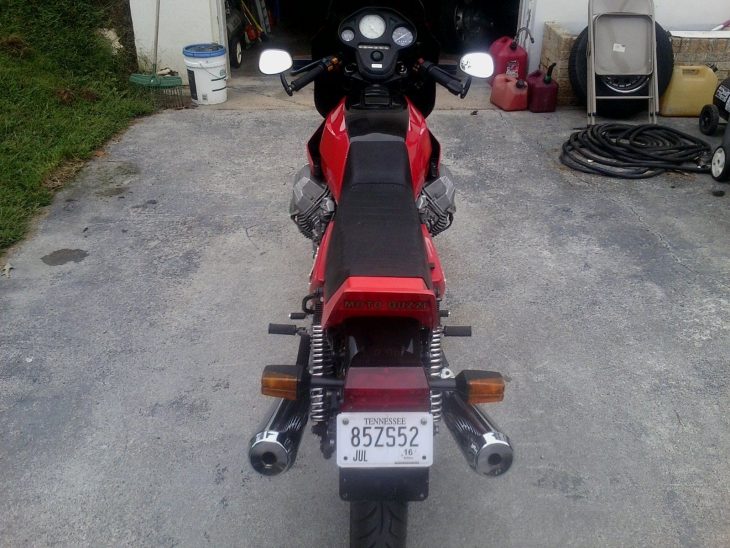 Based on the included description, this seller will be holding out for top dollar on this bike. The asking price of older Guzzis (think V7s and the like) are most definitely on the rise. We have seen a slight dip in the ascension of value lately, but there is no doubt that when it comes to the Le Mans model Gen I (often mistakenly referred to as Mark I) bikes command the highest prices. From there, it is much more the preference of the buyer that determines the value. Mark III machines with the bikini fairing and long, flat seat have the same theme as the original Le Mans, along with a host of upgrades – making them an excellent choice as a riding collector piece. I would expect values to continue to rise. This one is up just over $5k with reserve in place. Check it out here to watch the bidding, and then jump back to our Comments section and share your thoughts. Which generation of these magnificent machines is your favorite?