While many won’t think of a Guzzi as a sportsbike the company has a very long and proud racing history.  Just to give you an idea look at these stats. By the time of its pull out from Grand Prix racing, Moto Guzzi had won 3,329 official races, 8 World Championships, 6 Constructor’s Championships and 11 Isle of Man TT victories. The Rosso Mandello was built to celebrate 80 years of the company and only some 300 were created so this is a rare bike across the globe.  No denying the look of the red rocker covers in the sunshine, these are very fine bikes. 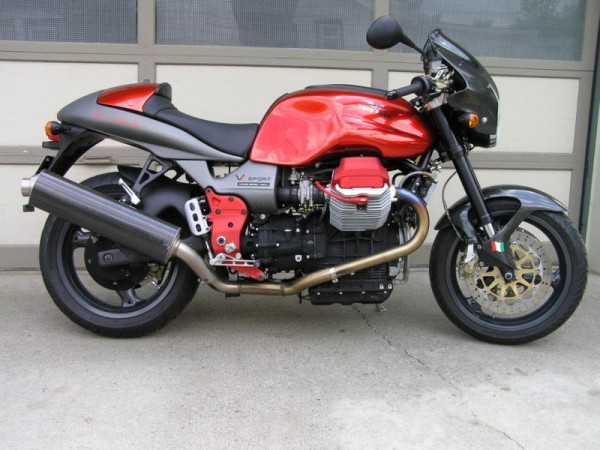 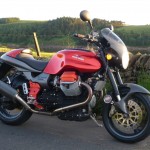 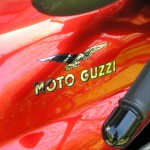 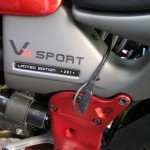 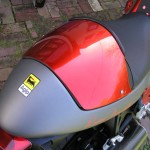 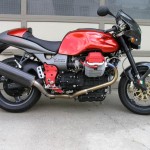 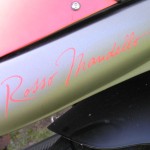 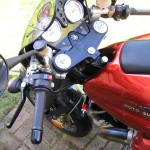 The Seller seems to look after his bike well and from the listing:

Changes within my Circle of Life compel me to sell my beautiful 2001 Italian Moto Guzzi V11 Sport Rosso Mandello V-Twin motorcycle. I am the original owner of number #261 of 300 originally built limited edition Rosso Mandello cafe bikes. After seeing a debut picture of this model in a cycle magazine, I chased down the Moto Guzzi VP of Marketing North America himself in order to locate this bike back in late September 2001. To his knowledge, there were 2 available in the USA east of the Mississippi River at the time & one sold as soon as it hit the show room floor. A Guzzi-guy all my life, I bought #261 sight unseen from Myers Ducati of Ashville, North Carolina. The Limited Edition Rosso Mandello celebrates the 80th anniversary of Moto Guzzi motorcycle production. This shaft-driven bike represents it well. I refer to it as my two-wheeled Maserati. The burbling exhaust notes from the V twins are superb. The ride is powerful & soulful. This Guzzi is now 10 years old with only 3,147 miles (5065 km). Time does fly & so does this motorcycle.

I originally planned on keeping this bike until I became a doddering old fart, no longer able to ride on 2 wheels. But I just don’t find the time to ride anymore & my riding season is so short; plus my favorite bike pals are now dead or gone. This Guzzi was last registered & driven during the 2009 season. It is unjust to have this bike set covered up like unseen fine art. It must be driven & enjoyed by its next rider. If you want exclusivity, this is the motorcycle for you. It was produced only for the 2001 Model Year. There really aren’t many numbered Rosso Mandellos in America. Except for a gathering of  the MGNOC (Moto Guzzi National Owners Club), you will probably never cross another Rosso Mandello’s path.

Included with the purchase of this bike are:

The bike received its warranty-required 1000 mile valve adjustment & subsequent scheduled service from a factory-authorized shop in Avon NY before the closing of its sales/service business. Each driving season thereafter, I performed basic scheduled maintenance & service using the following products:

This bike is factory original with the following exceptions:

This bike is cosmetically excellent with the following exceptions:

All rubber & vinyl covered components are in excellent condition. The rear monocoque seat cover can be removed for two-up seating. The Bridgestone BattleAxe tires have at least 2 more seasons worth of sensible driving.

There is No rust whatsoever. This bike has NEVER sat outside neglected in the elements; always stored inside the garage under a breathable cover. This motorcycle starts right up & is ready for more road adventure. There is No Reserve on this auction, so bid confidently for one of the rarest Guzzis of this New Millenium!

Current you can start the bidding at $6k which I think is a very good price.  Tough to say what it could get to given they are rare to see but with a Guzzi buyer it could well press higher. Reading through the post the owner looks after the machine and it has a low mileage for a 2001 bike.  If I had more garage space ….