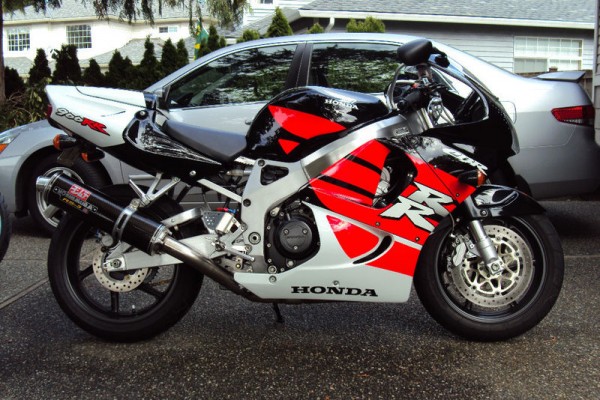 When the CBR900RR debuted in 1992, there is no question that it changed the sport bike game. It was lighter than the other liter bikes from Japan (Suzuki’s GSXR1100 and Yamaha’s FZR) while making comparable power. More power and less weight? That sounds exactly like what performance is all about! 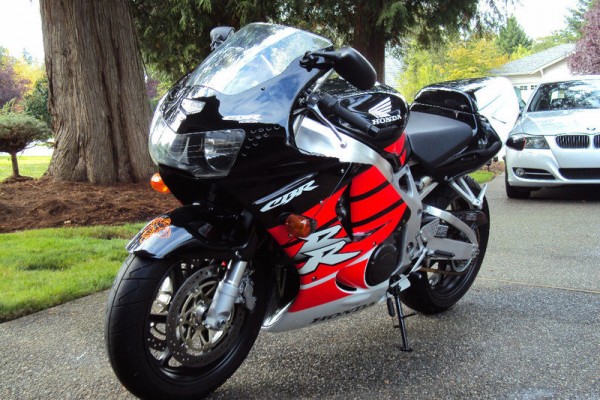 Fast forward to the late 90’s and maybe the CBR900RR has lost some ground on it’s competition and it was on it’s way out the door to make way for Honda’s new 929 and eventually the 1000cc machine. It also lost the dual round headlamps that seem to signify the golden-era of sport bikes. But with 130hp on tap, agile handling, and Honda’s legendary reliability, the later 900RR still screams “fun”! 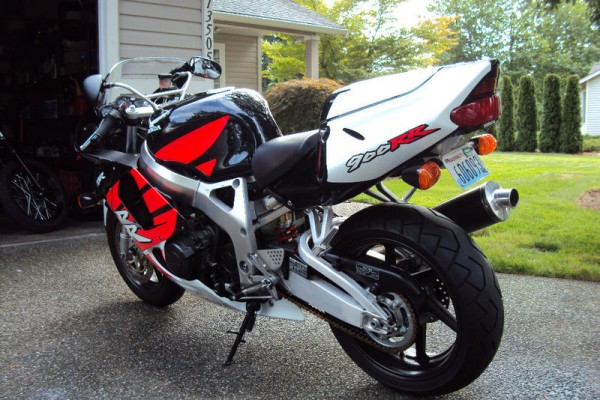 The particular 900RR up for grabs here is a one-owner bike with only 2,036 miles! To me, that is rare. And other than a Yoshimura slip-on, some braided brake lines, saggy mirrors, and a tail tuck, this bike appears to be all original. There you have it, a super-clean, low-mileage 900RR. Okay, so maybe it’s not one of the first 900RR’s and it may not be the fastest bike compared to other models from the same year. But, it is still awesome looking and I would bet you won’t see too many of these in this condition rolling around your town. And with the giant red wings and two, very obvious, R’s on the side, I think this thing looks amazing today! The BIN is $6,000, which might be a little high for a 900RR of this year, so we will see if it sells. But if you got to have this bike and wouldn’t mind it under your tree this holiday season, then take a look at the auction and make it yours here!