Though its specs didn’t look like much on paper, Ducati’s 1982 tribute to Mike Hailwood’s 1978 Isle of Man win turned into one their most exciting special editions.  Today’s example presents very well, and appears quite original. 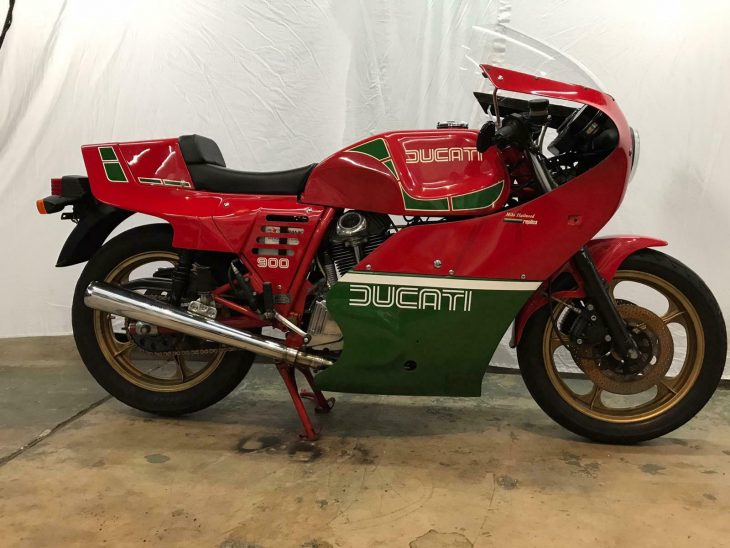 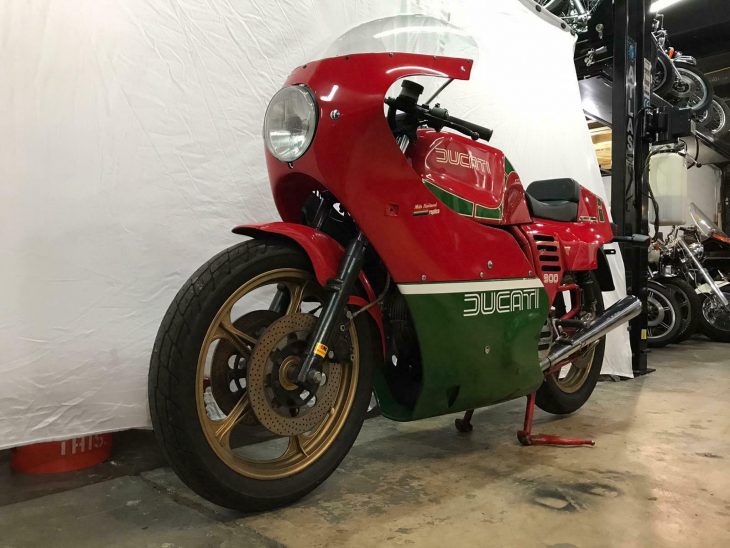 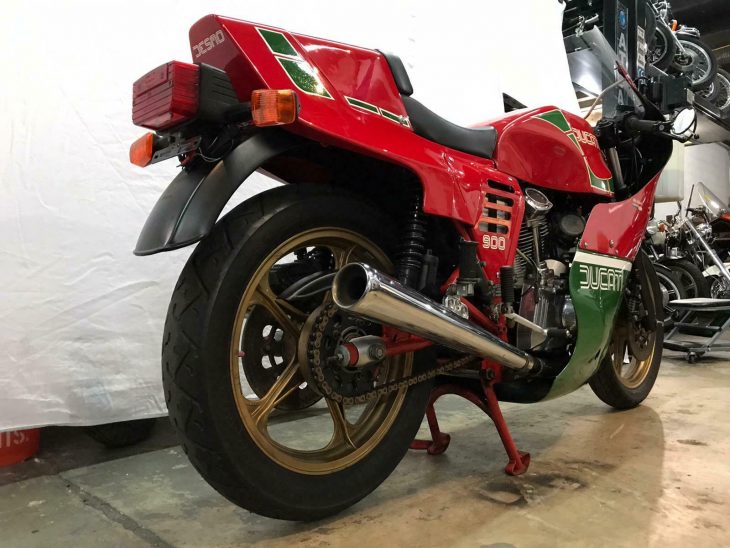 The engine in the MHR is a later development of the Taglioni-designed 750, with bevel-gear driven cams, pre-dating the desmodromic valve train and claiming 80 hp.  40mm Dell’Orto carburetors were protected with racey looking screens, and the 860’s had recently acquired electric starting.  Marzocchi supplied forks and shocks, and Brembo brought triple 280mm disks.  The wafer-thin fiberglass fairing was painted in a designer’s impression of Hailwood’s 1978 race livery, plenty of room on the seat fairing for race number 12, if the new owner is inclined. Offered by a Miami specialty dealer, this MHR looks excellent, though no background information is supplied.  But for the holes in the fairing, the absent front signals wouldn’t be missed, and a single bar end mirror is installed.  Loving the glass bevel gear inspection window, and the basically perfect fairings, though it’s possible they’re spilling the beans about a past restoration.  Rather limited comments from the eBay auction:

Runs and drives as it should.  A great opportunity for a collector as they don’t come up often in this condition. 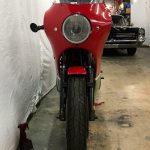 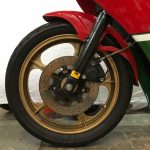 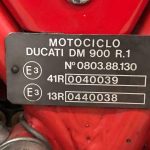 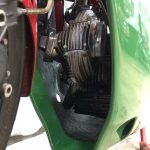 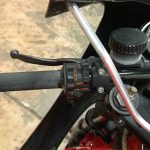 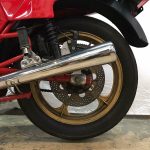 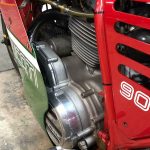 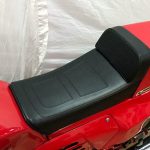 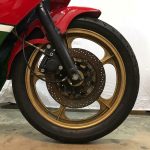 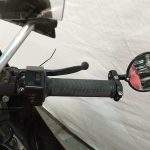 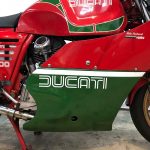 Mike Hailwood’s win is the stuff of such legend that several different commemoratives have been manufactured – the 1982-86 MHR, the not exactly authorized MH900E,  a one-one here and there, and a really faithful – replica – of the race bike.  But the original might be the most approachable and even at its level, affordable of the choices.  And the principals of Sports Motor Cycles Manchester have relocated to New Zealand, offering their smashing decal in a range of sizes. 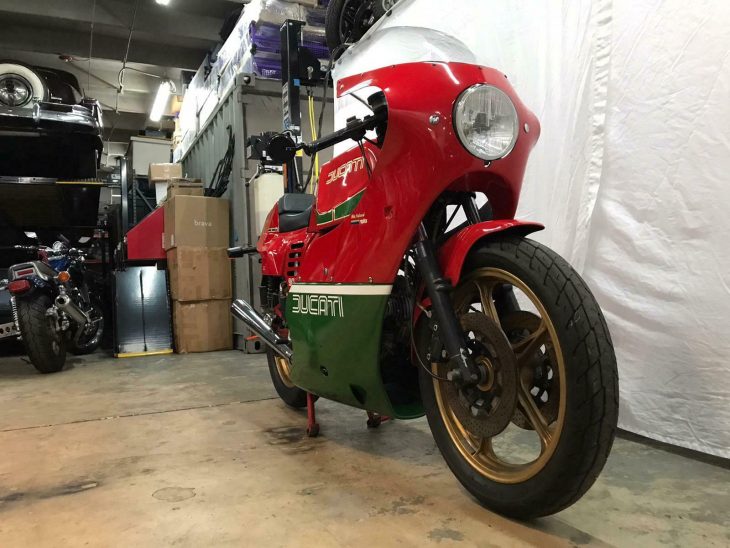