Erik Buell created a few career’s worth of rider’s motorcycles, but they were also for the thinking rider.  The XB12R grabbed a few engineering concepts and hung on.  Centralized mass, low unsprung weight, and and frame rigidity were the factory’s goals, and by all accounts they succeeded.  Harder to quantify issues like handling and fun factor are addressed by the short wheelbase and big V-twin.  Lightly updated, this XB12R is a badge-carrying 25th Anniversary edition, and looks great for its nearly 21,000 miles. 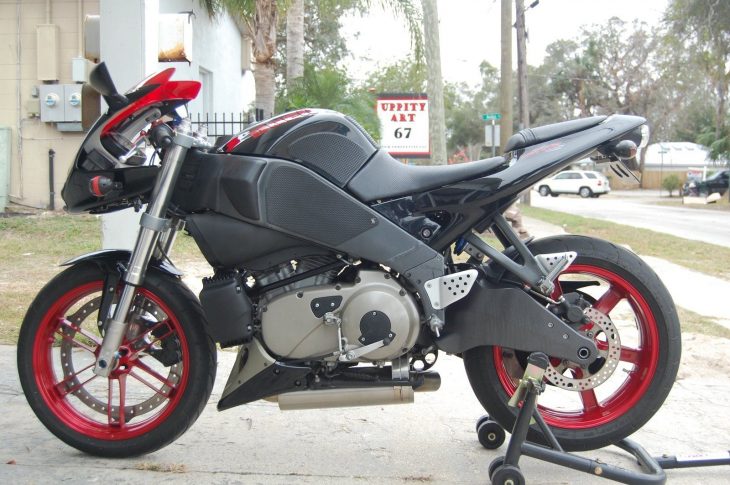 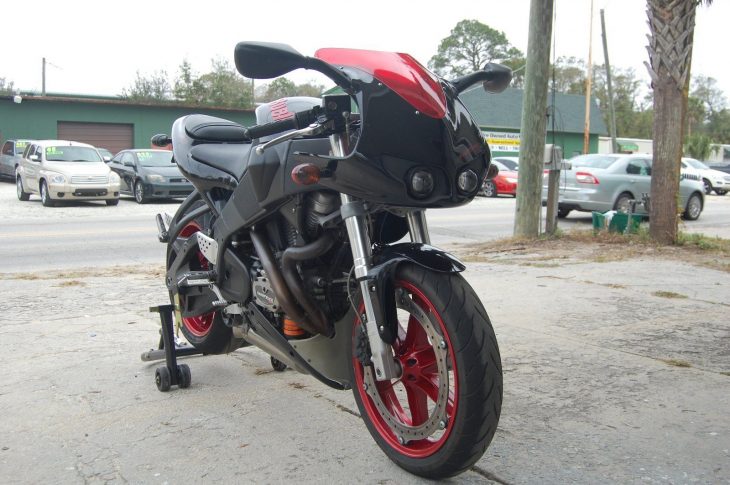 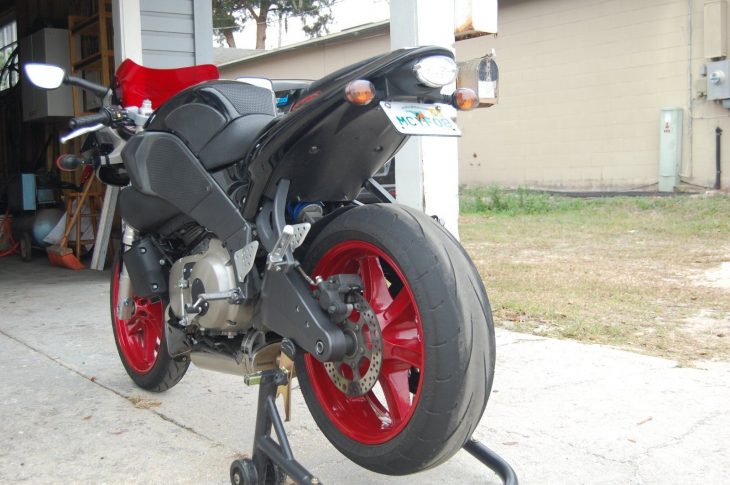 Based on the Harley-derived 1203cc muscle, the XB12R sports 84 ft.-lbs. torque and makes do with a 5-speed trans.  Innovations such as fuel carried in the alloy chassis spars and oil in the swingarm are special to the XB series, belt drive, Zero-Torsion-Load front brake, and Uniplanar vibration absorbing engine mounts are Buell paradigms.  Futuristic but not really a glamour solution, the frame-mounted fairing has a bit of an angry bird thing going, but it works well with the big Showa fork tubes and padded frame elements. 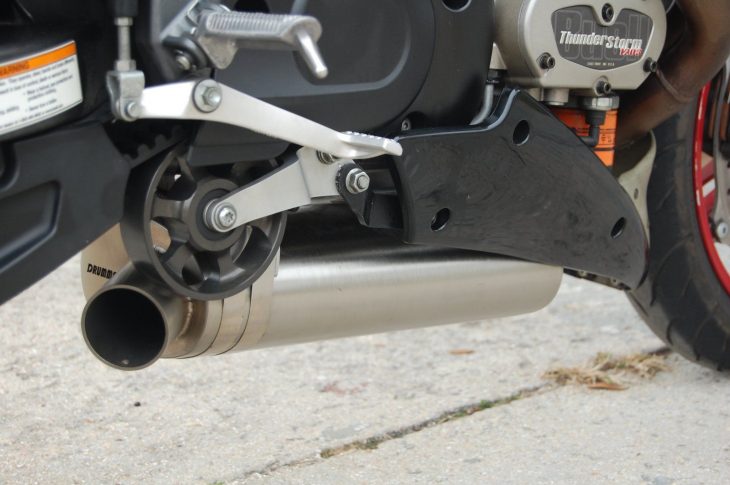 Though the brand is again between sponsors, Erik Buell began as a Harley-Davidson engineer and racer, and started manufacturing his own designs in 1983.  This red and gray model has a few nice updates, current maintenance, and has also largely been left un-remuddled.  From the eBay auction:

There is a brand new, highly regarded, Drummer SS exhaust installed and the race ECM was
reprogrammed (by IDS, the builder of Buells race ECM’s)  to match, precisely, the configuration of the Drummer, the K&N intake filter and the expected minimum octane fuel (92) to be used.
The rear light has been upgraded to the 2010 rear LED light. There has been a new cooling fan installed in the last month as well as a new drive belt, front sintered brake pads, new rear pads, engine oil and filter were changed, transmission oil changed, clutch cable and head set bearings were checked. In the last 60 days both forward and rear rocker boxes were removed, machined and resealed, there is a new set of NGK plugs, and a recent AGM battery. 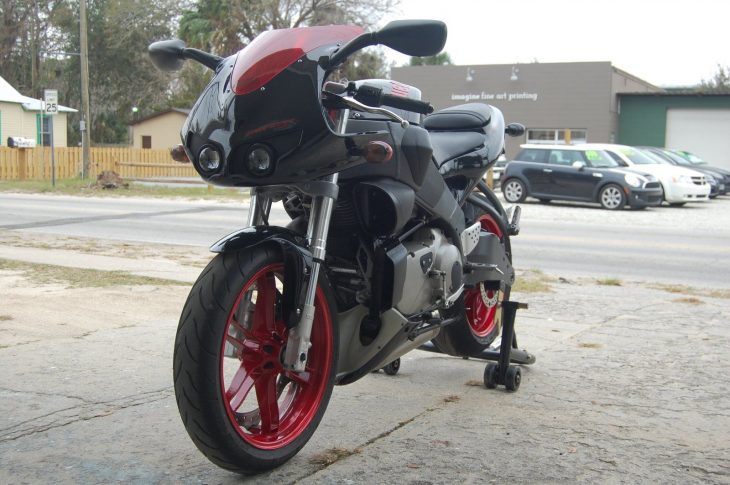 With its light weight and flexible power unit, the Firebolt tested as a great-sounding and turning sport machine, with simplified maintenance.  The limited choice of updates speaks well of the owner, as the engine has an ocean of mods available, and sportbikers love customization.  This XB12R really wants little more than fresh tires and a new rider… 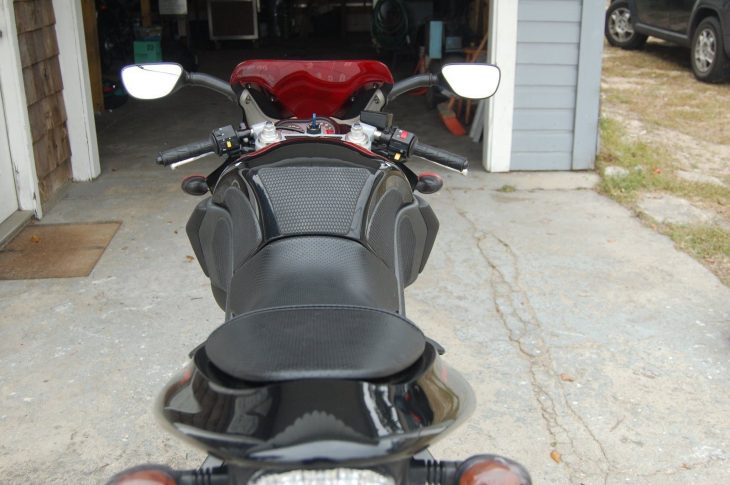