If you are looking for the big dog of the two stroke world, few would argue that the 500 Gamma is the way to go. With a compact, twin crank, square four configuration (same as the GP racers), the RG is a favorite for modders and hot rodders alike. In this particular case, today’s bike has been transformed from a stock RG into a Skoal Bandit GP replica with the creds of Rick Lance to back it up with performance. This thing looks very, very sweet and is certain to fetch a serious price. 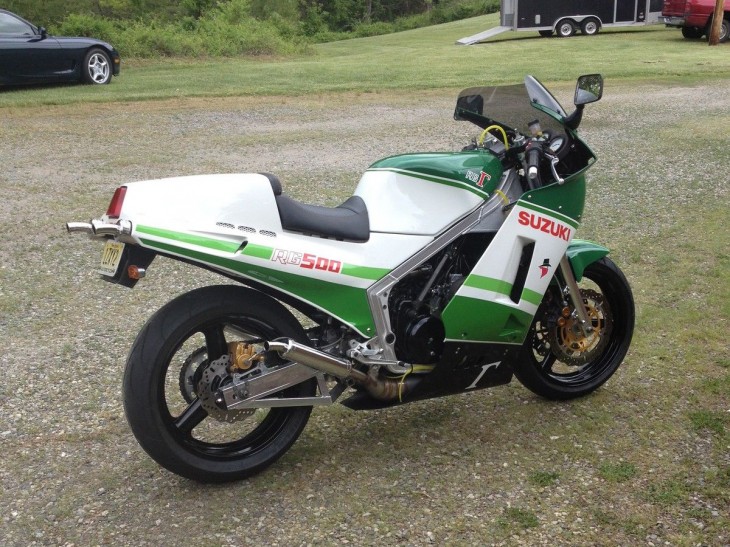 Looking at this paint job makes me wonder why Suzuki didn’t churn out more than the reported 150 genuine replicas. I find the color striking, and very applicable on this smoker. While the seller does note the paint is all new, it is unclear if this bike started out life as a Skoal replica in the first place. The most telling item missing is the hideous green seat that is found on a genuine Skoal stocker, but given how much has been changed on this bike I wouldn’t blame the seller for swapping that out for a better looking unit. As the Skoal bikes were simply a respray of the standard RG (with absolutely no performance differences), does it really matter what the starting point was? This bike could have started life as a Walter Wolf edition for all I care. 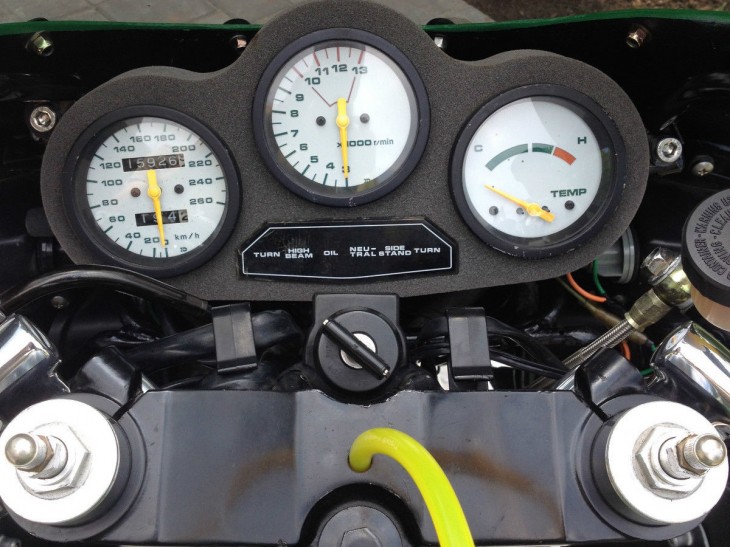 From the seller:
Up for sale a 17 Digit VIN clear titled Rick Lance full performance built Skoal Bandit RG 500. Getting very difficult to find one as good as the claims?, Well, you have now found it!! Suzuki waited 11 years before releasing the square four RG500, a brilliant half-litre sports two stroke. The fact that the street version which has been properly modified in Rick Lance fashion is as potent as the 1976 World Championship winning RG is quite astonishing. 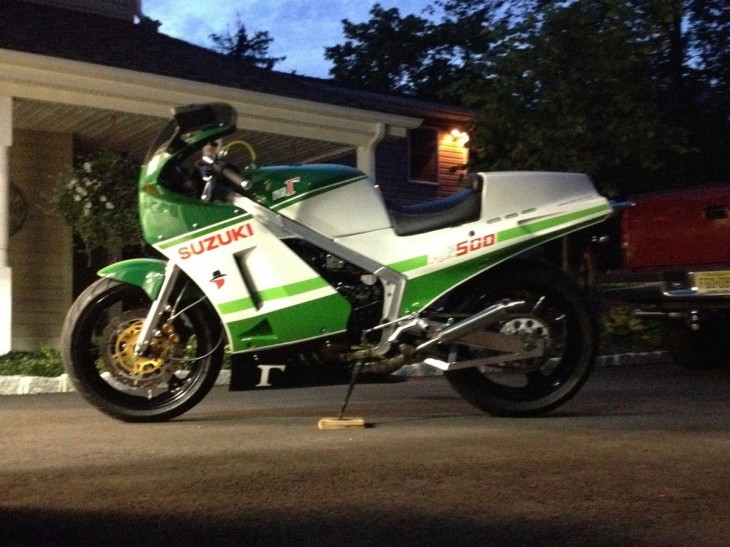 You cannot look at this bike and tell me it doesn’t appear completely awesome. Apparently most of the folks that stumbled across it on eBay agree, because the current bidding above $30k with a reserve still in place. Anyone care to guess what this one will go for? Check it out here, and then share your thoughts. It’s not easy being green, but this one pulls it off with aplomb. Pardon the pun, but this one really does have all the right snuff! 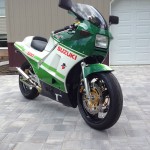 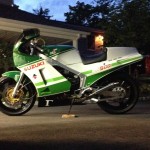 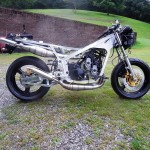 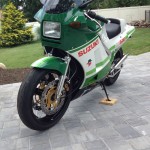 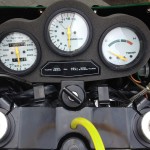 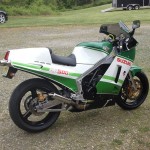 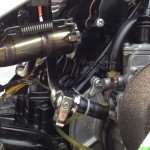