And up goes the price!  As of this writing the auction has rocketed up to over $27,000 and the reserve has yet to reached.  What a cool piece of  motorcycle history though.  If you are like me you kind of cringe when HD and road racing are mentioned together.  I have to catch myself and remember they did have a decent road racing program in 70’s.  Forget about the name on the tank though, this is in reality a hand built Italian race bike sprayed in Harley Orange.

A little nugget from the web explains it perfectly:

The RR350 Racer is one of 26 originally made.   These racers were hand built in the Aermacchi Harley-Davidson plant in Varese, Italy for the sole purpose of road racing. This bike has the twin disc front brakes, double leading shoe rear brakes, 6 speed transmission, Ceriani forks, water cooled, Dansi electronic ignition and is in the legendary Harley-Davidson racing colors. These machines were similar in design and performance to the Yamaha TZ twins and were successful in national events. Harley Davidson imported a number of 250′s to compete in AMA road races, but the 350 is virtually unknown. 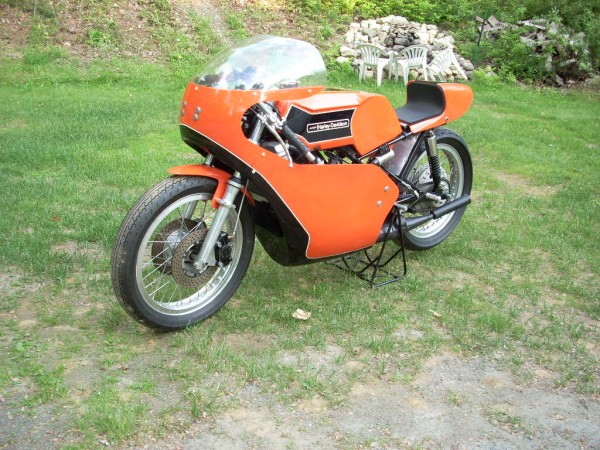 The details on the bike up for auction:

FIRST YEAR, BUILT FOR THREE YEARS ONLY, AND APPROX. 25 WERE BUILT IN THOSE THREE YEARS.

FACTORY BUILT, WATER COOLED, TWIN CYLINDER, 2-STROKE, GRAN PRIX RACER, WHICH IS THE ONLY TIME HARLEY HAD EVER HAD THEIR NAME ON THE  WINNING PODIUM IN GP EVENTS WAS WITH THIS MACHINE. MANY MORE OF THE RR250’S WERE BUILT, APPROX. 250 UNITS, WHICH WAS ALSO A RACE WINNER    FOR HARLEY.

MAGNETO IGNITION IS HOT, FRONT BRAKES NEED TO BE BLED, OTHERWISE READY TO ROCK AND ROLL! MILEAGE UNKNOWN, AND NO TITLE, AS NOT STREET  LEGAL.

SELLING WITH A BILL OF SALE. MUST BE PICKED UP HERE, NO TRANSPORTATION AVAILABLE OR CRATING. RECOMMEND EITHER BERKLAY FOR OVER SEA’S AND OR ALLIED FOR DOMESTIC. It just doesn’t look right does it?   That two stroke cylinder and the Harley Davidson name seem at odds.  HD also took a stab at two stroke motocross bikes a few years later with Aermacchi engines. 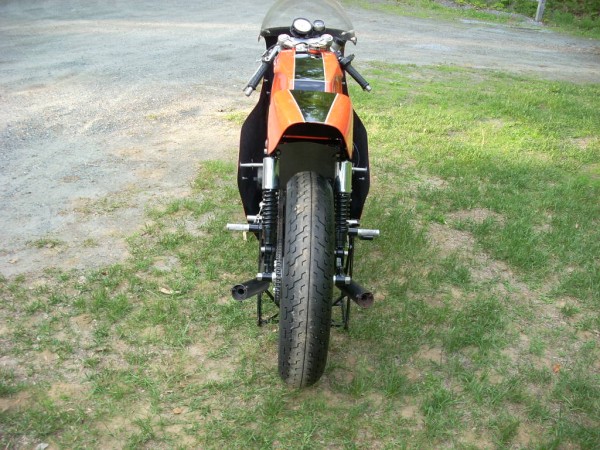 Info is scarce on this bike to say the least.  I guess not surprising considering the age and number produced.  I did happen to find an interesting page on Aermacchi race bikes though.  They were definitely a player in their day. 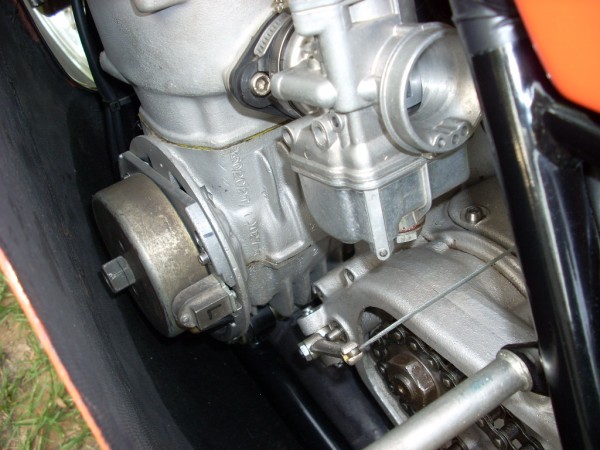 I don’t think you can complain about the condition.  I wish we could see her naked. 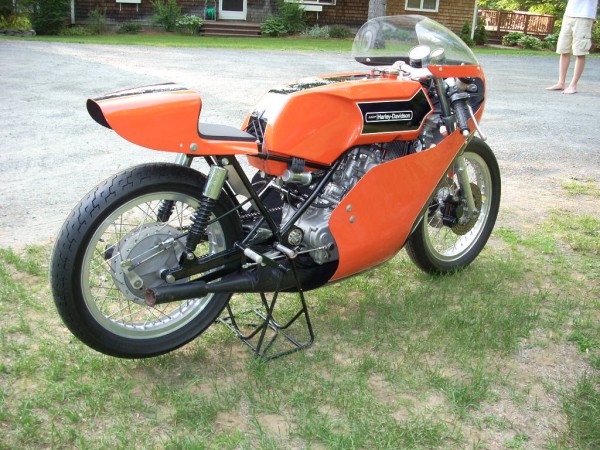 Just out of curiosity, I wonder if the bike has any noteworthy racing history?

One of these little beasts coming to life: 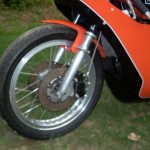 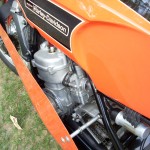 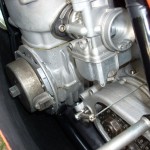 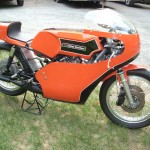 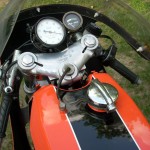