Duck on a Diet: 1992 Ducati Superlight 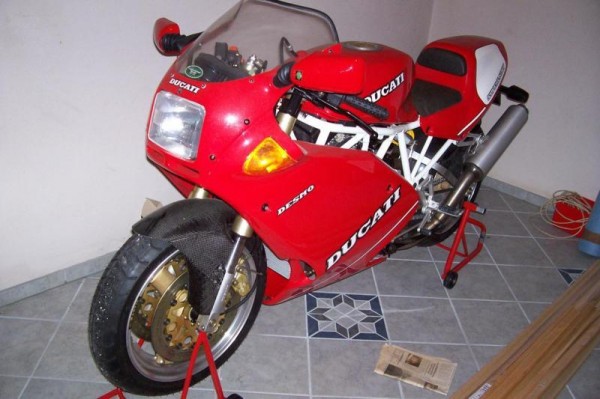 In 1992, Ducati took a base 900 Supersport and detracted some needless things. Out went the 2 passenger seat and the passenger pegs. In their place was fitted a solo seat tail section reminiscent of the racers. Upswept exhaust pipes filled the space left by the pegs, and upgraded brakes, forks and wheels (Marvic composite magnesium) were added. The bike was topped off by a carbon front fender and a limited edition plate rivited to the triple clamps. All told, the SL tipped the scales at a reported 3kg weight savings over the standard 900SS. For those precious pounds buyers paid a dear premium. 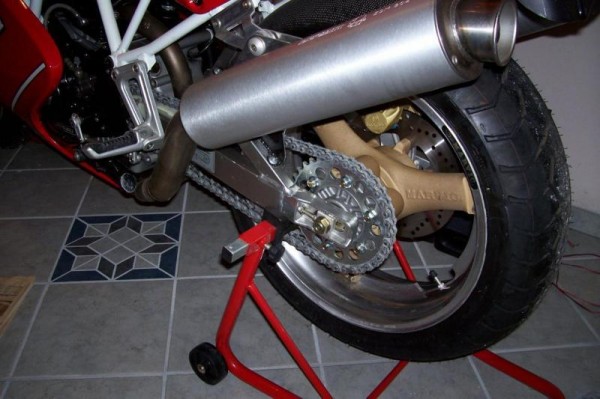 Nice picture highlighting the upswept exhaust, tires complete with little nubs, and the magnesium wheels. All told, this was a very tidy package by Ducati – and later made redundant by the improvements to the 900SS line. In the end, what the Superlight really offered was numbered exclusivity.

Located in Dusseldorf, Germany, this particular bike leaves many questions unanswered. Right off the top: Why own a beatiful bike like this and not ride it? Next, if you are going to sell such a valuable museum piece, why can’t you take a few good pictures of it?

Now that I got my rant on, let’s keep it going: Why list the bike as a zero mile example when the odo and trip clearly shows mileage? And since the mileage is significant (have you ever tried to push a motorcycle four miles?), do we really believe that the motor was never started? It would have had to have been to go through the dealer prep process, right?

Maybe I’m just jealous and quick to find nits because I have always lusted after a SL. But when you are asking $28 large (which is a flat absurd sum for the average SL), I would expect a little more scrutiny from the buying community.

OK RSBFS experts: you tell me. and tell me what you think. 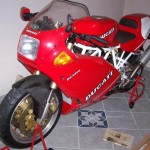 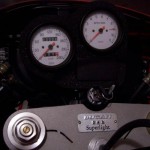 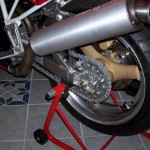 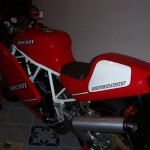 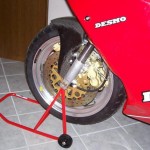 I have a preference for Ducati’s Supersport (over the Superbikes) as they make better “real world” street bikes with a good dose of old world charm and character from the air-cooled lump.  Of the Supersports, the two most desirable models are the 900SS FE Final Edition as it is the most refined of the air-cooled SSs; the other is the first year (1993, for the US at least) 900SS Superlight, with the signature white frame and 2-piece Marvic wheels: 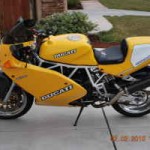 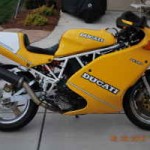 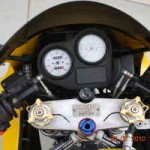 1993 Ducati 900 SS Superlight, one of 300 that were imported for sale by the orginal owner for only $5,000. This bike has been well cared for. It has Fox shock, forks revalve by Aftershocks, stainless steel brake lines, Corbin seat, has only 42,000 miles. This bike is in excellent shape.

I think the 1993 Superlight is one of the best looking Ducati’s ever, and at $5000, it’s a lot cheaper than other SL’s on the market.  Granted, the mileage is quite high on this one, but if the bike is in good condition then it would be a nice addition to any collection.