Mid-seventies the two-stroke era was winding down, most manufacturers were looking for ways to tie their new mid-size four strokes to their smoking forebears.  Yamaha stretched it out, keeping the RD-400 in the line-up until 1980.  For 1977 they offered cast wheels, all disk brakes and 14-second 1/4 miles. 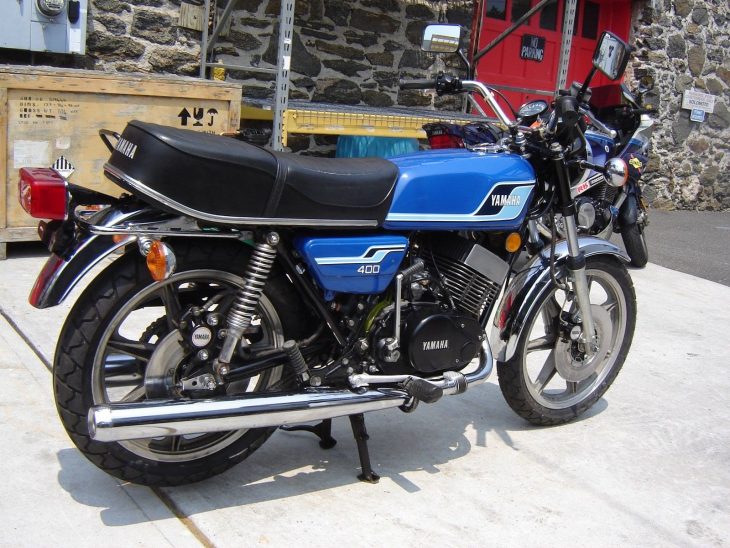 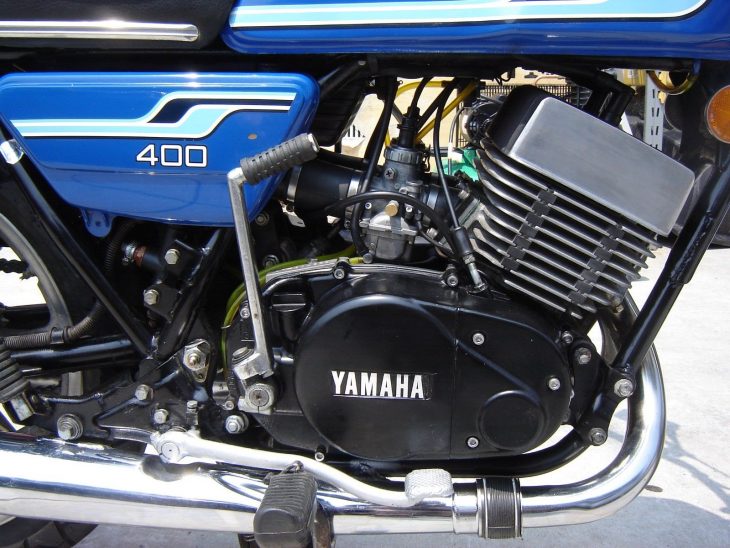 In today’s era of jamming a lot of complication into a small engine, Yamaha’s air-cooled twin is a statement of simplicity – 44hp from 398cc without fuel injection, overhead valves, counterbalance shafts, etc.  It still requires a poke with the right leg to start, though at least oil injection is standard.  Light construction helped the RD make a quick getaway, the twin downtube frame, suspension and brakes are all right-sized for the mission and keep the fully-fueled weight well under 400 lbs.  Historically noisy, Yamaha did what they could with the generous mufflers and airbox to quiet things down. 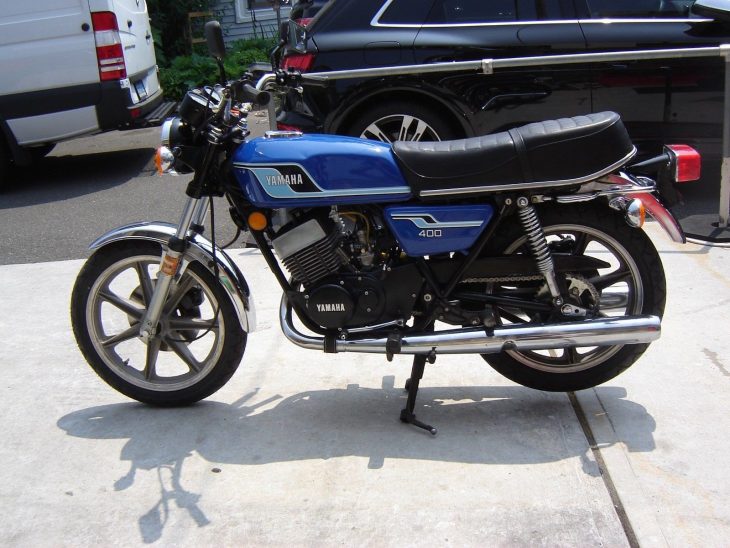 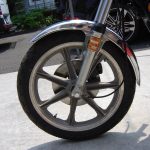 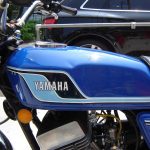 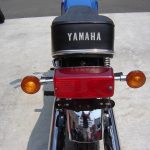 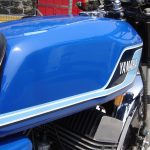 Looking a few years old rather than its decades, this RD has been carefully stored, and recently returned to rideability.  This required rebuilds of the carburetors, oil injection pump, and brakes – refreshingly OEM parts are still available.  What wasn’t required were cosmetics, which are excellent and original.  From the eBay auction: 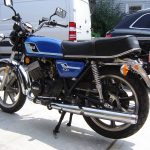 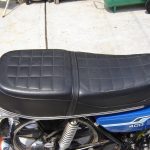 The RD400 was skinny all over – seat, tires, and powerband.  But a blast if you stayed in the envelope, as reviewers claimed if it wasn’t lifting the front wheel in second gear, there was something wrong.  As the other big three were in transition to lumbering four strokes, it out-performed the competition and undercut them on price.  An unrestored bike of this age is unusual, as is this RD’s alternate color, interesting as Yamaha later adopted blue for their race teams… 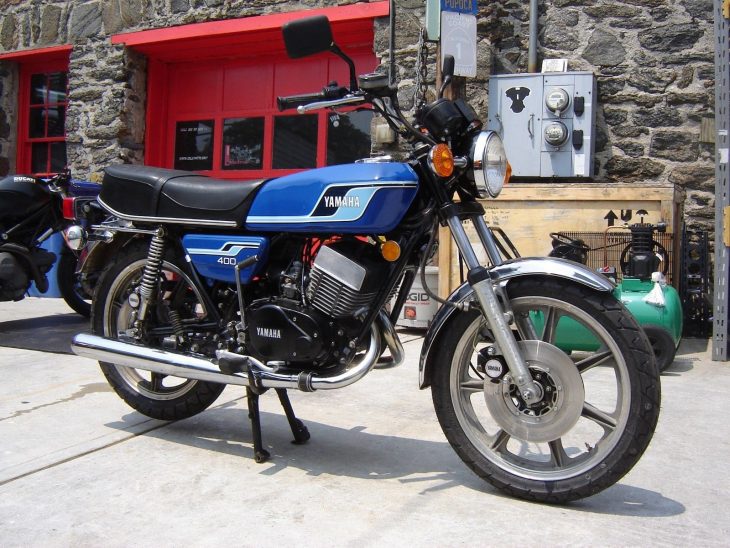