A naked like nothing else, the MV Agusta 910R was built with an exciting powertrain, premium components and a nice Castiglioni Research Center badge.  The almost-liter inline four is derived from the F4 superbike, and makes 139 hp, thanks in part to hand-polished intake ports.  The eBay dealer doesn’t share much history, but it has under 7,500 miles and a clean stock appearance. 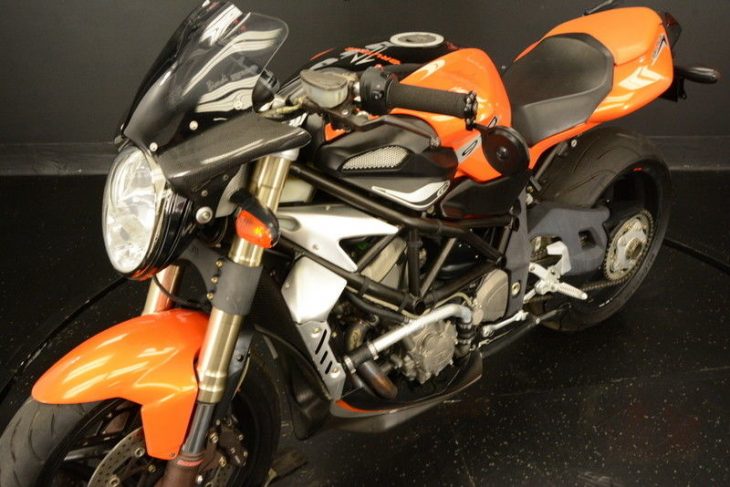 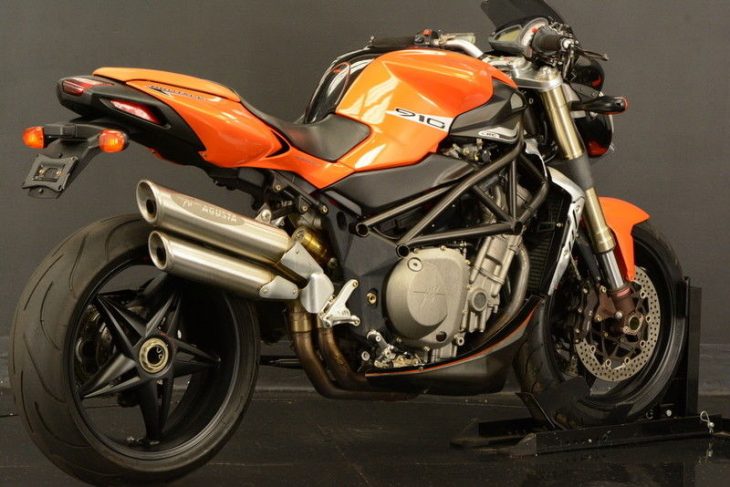 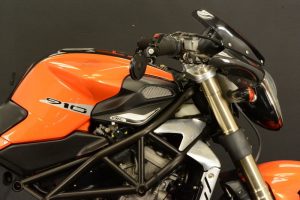 On the rebound from their short Malaysian ownership by Proton, Agusta developed the Brutale as an exciting luxury-naked.  Its wide trellis frame envelops the transverse engine and bolts to cast frame connectors.  State-of-the-art 50mm Marzocchi forks are fully adjustable and the monoshock has separate adjustments for high and low-speed movements.  Similarly, the brakes are the best available, 320mm disks with radially mounted monoblock calipers.  The sloped headlight and signature winged fuel tank give way to a solo seat with removable pillion cover. 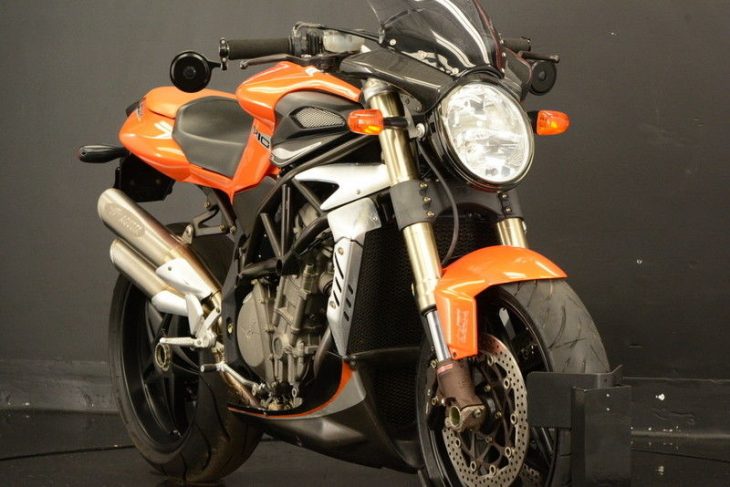 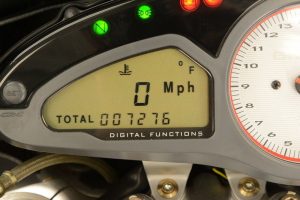 The previous owner added a mini windscreen and bar end mirrors, but otherwise it’s as delivered.  Most reviews reference Brembo brakes and Sachs monoshock, but Nissin brakes from the F4 and an Ohlins shock are pictured.  Likeable upgrades all around.  Beside a ding in the left bellypan, some water-spotting is visible in the photos, possibly the bike was left to air-dry or washed with something too aggressive.  Maybe a pre-purchase inspection wouldn’t be a bad idea. 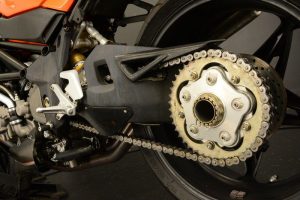 The Brutale is smaller than one would expect from the displacement and name, it’s low and almost diminutive, but the engine and exhaust put the lie to that straight away.  Super quick and capable, attention areas on the Brutale include chain tension and coolant level, not too much of either avoids problems.  Dealers aren’t in every town, but the engine has a good reputation.  The current Brutale now has 1090cc, with an 800cc little brother.  The 910R fits right between and though I know it’s the wrong question, isn’t 140 hp is enough for an unfaired bike ?