One thing I have noticed about rare sport bikes is that you wont see a bike for sale for a long time and then suddenly multiple versions pop up either within months or at the same time.   One of my first posts to to RSBFS was when three Red Bull KTM RC8’s came up for auction on ebay at the same time, which made me think a guy named Beelzebub was breaking out the ice skates.   Recently we had multiple posts of Harley VR-1000’s and earlier this week there were multiple Ducati MH900e’s available at the same time. 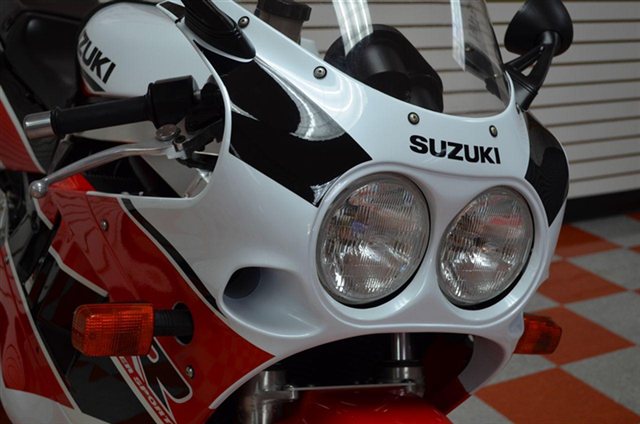 We had an almost identical 1990 GSX-R 750 on RSBFS  earlier this year (click here to see that listing).  Just like that bike, this one is located in Texas and is in the rarer but to my eyes better looking red, black and white color scheme instead of the traditional gsx-r blue and white .  EDITORS NOTE:  I am located in Texas myself so I may be biased towards any bike that is in the colors of a local university team (go Red Raiders!) 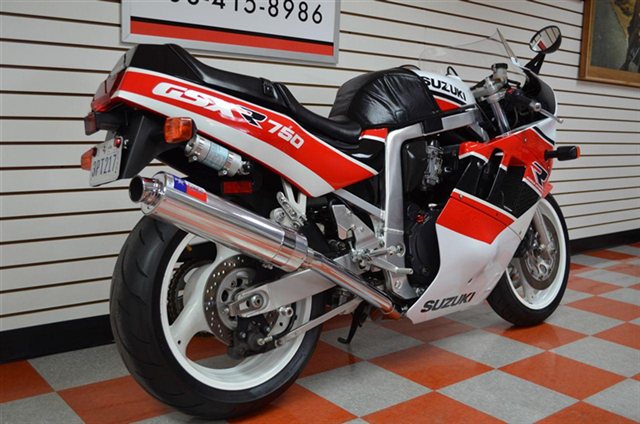 This particular example has higher mileage than the one from earlier in the year.  The seller is a dealer but includes over 50 pics which provide a pretty good way to assess the bikes true condition. 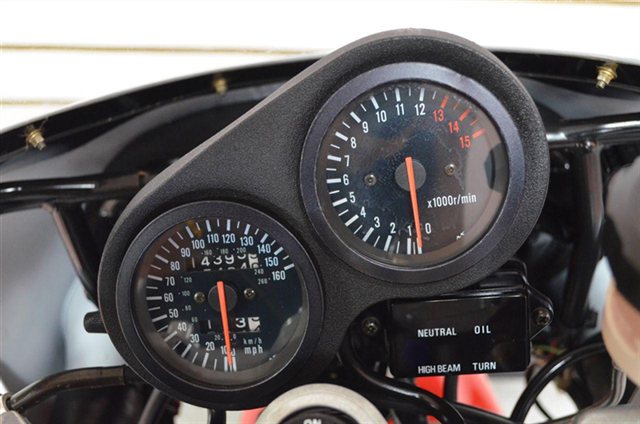 From what I can see in the pictures attached to the auction, it has some very light scuff marks in the clear coat on the riders left side which makes me think it had a low speed slide at some point, probably onto some grass.  Also  the front forks are a little rough but look serviceable and it has a few small non-stock items including a D&D pipe and a tank cover.  Overall it looks very pristine to me but I am not an expert on these bikes so perhaps others can comment.

While KBB lists these bikes at a retail value of under 3k, I think that price is well below the current value being placed on these bikes.  Due to the mileage and condition this one will likely not go for the price of the one earlier this year but this could be a way for anyone who missed out on that auction to add this bike to their personal collection.