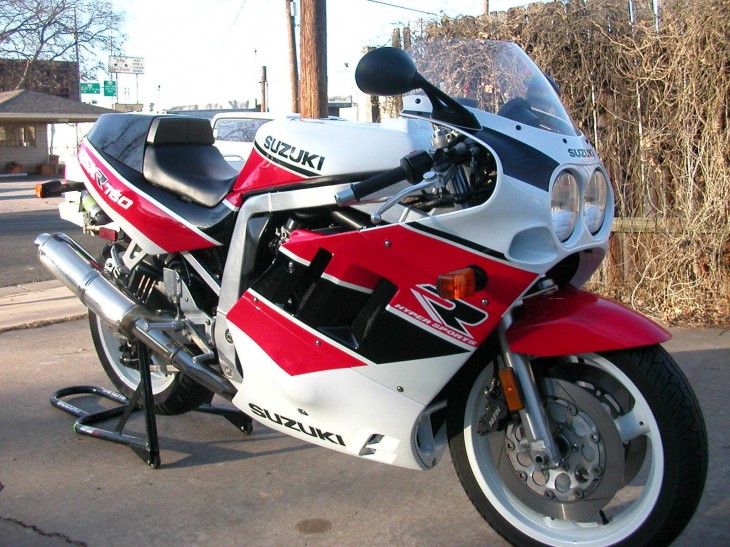 We’ve enjoyed quite a string of original, low mileage bikes as of late and here’s another: A one owner 1990 Suzuki GSX-R 750 and damn it’s sexy! Not only is it all there, it still has it’s factory tool kit, original tires, both keys, and both seats. Personally I’d have to ride it a bit regardless of the miles so I think tires and some fresh fluids are probably in order. Nonetheless, it’s a no reserve auction and you can expect bidding to be brisk with a bike this mint. 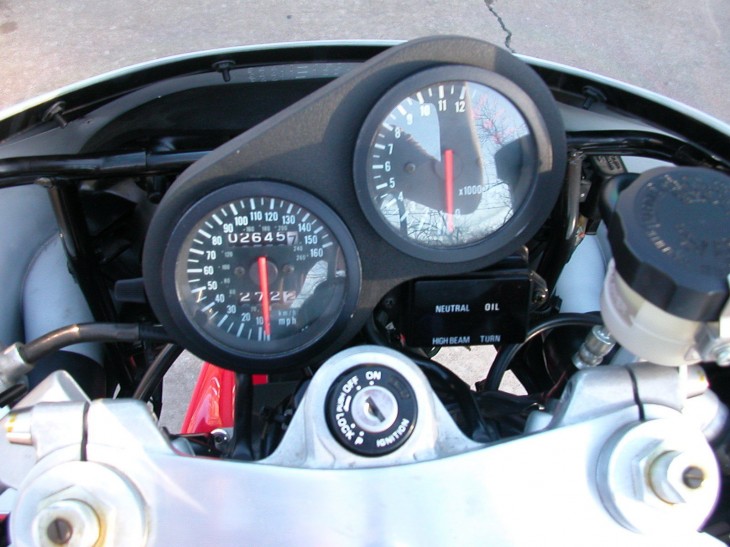 This is it!!!Part of a private collection, one owner bought brand spanking new from dealership. Has 2645 original miles! Yes you heard me right 2600 ORIGINAL MILES! This bike runs flawless, Only needs a good home. I HAVE NEVER SEEN ITS EQUAL!! This bike is un molested in any way even has original stock tires, Never even had a tire change.The 1990 GSXR 750 is and was the pinnacle of the air/oil cooled Gsxr please check out the link here provided: at wikipedia.. Ebay wont let provide the link anymore… This motorcycle has clear open title, factory tool kit, owners manual., and Clymer service manual, And both factory solo/passenger seat as per photos provided. Also Ill include the retro Suzuki rear stand and old school bra.I have a 100% feedback so please bid with confidence! There is no stories, No drops and wrecks stunts or any stories. If you are looking at this you know how rare one is in this MINT condition especially one with this kind of mileage. 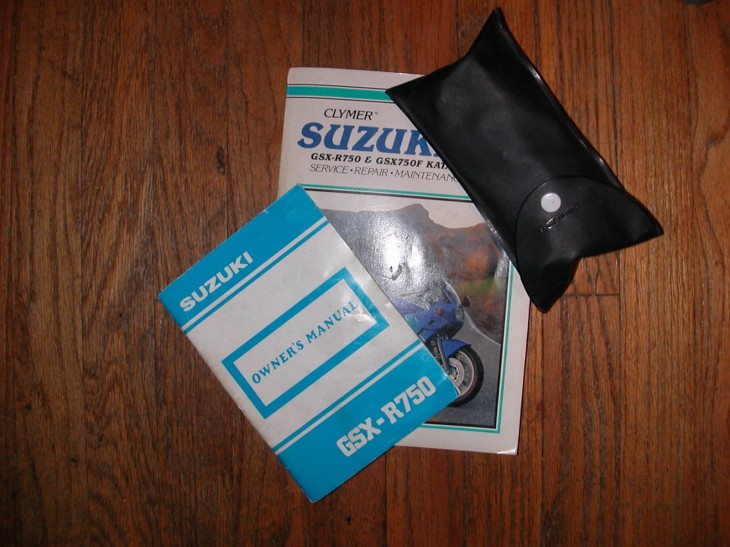