It would have been almost impossible to find an H1 in this condition in the mid-1970’s, Mach III’s generally obscured by dirt accumulated in the oily mist coating the bike.  This one has had a nice restoration and the auction still has a couple of days to run. 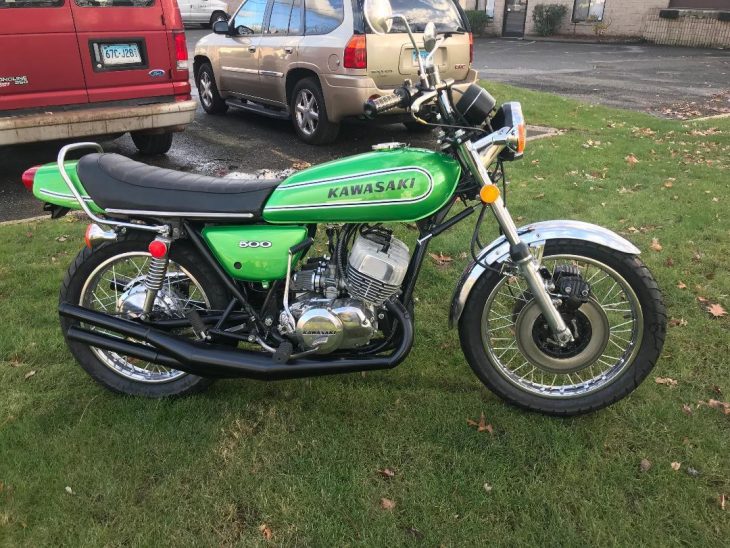 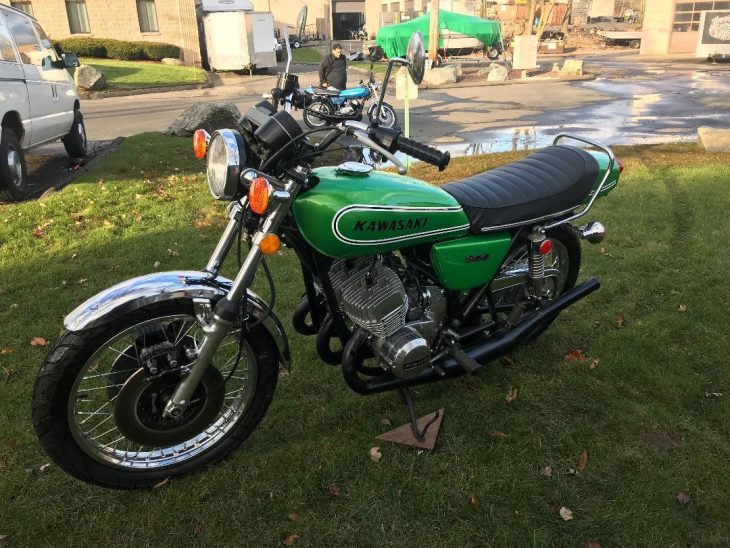 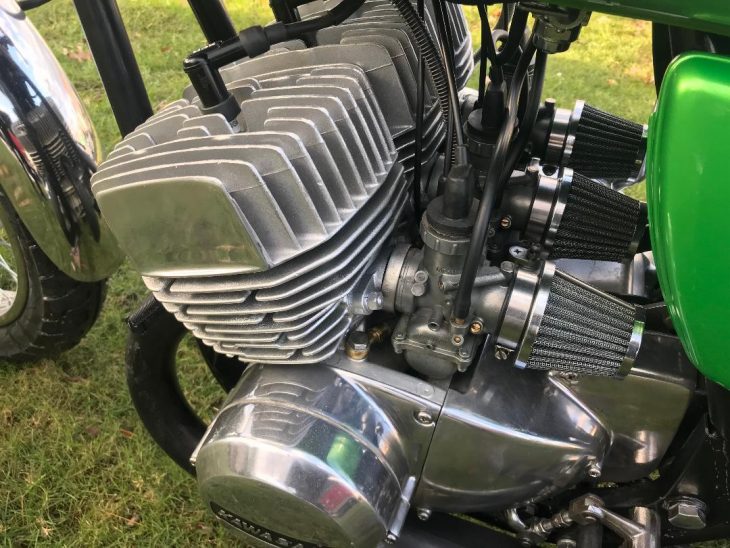 Back in the day, the only way to approach 100 hp per liter was with a two stroke, and while Honda had moved on, Suzuki still had a competing 500.  The basically square cylinders ( 60 x 58.8 mm ) resulted in 60 hp at 7,500 rpm.  The chassis was unfortunately not up to the task, put in a lot of over-exuberant situations.  Brakes were the usual, that is to say wholly inadequate, but this owner has added a second front disk. 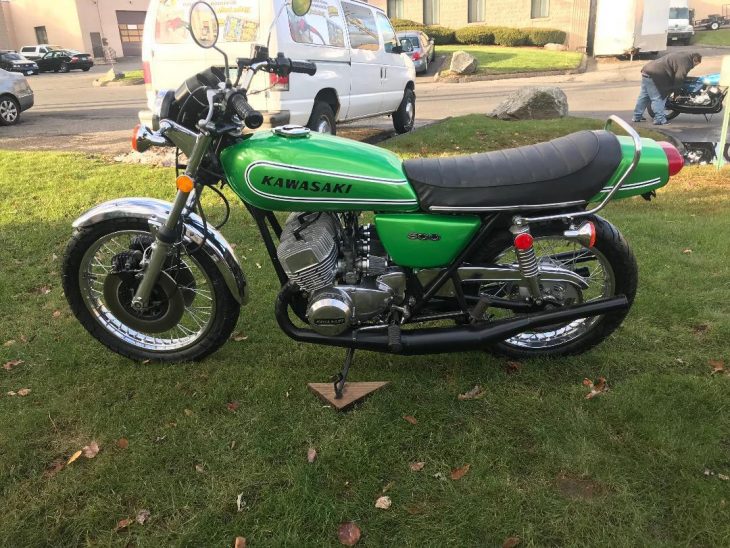 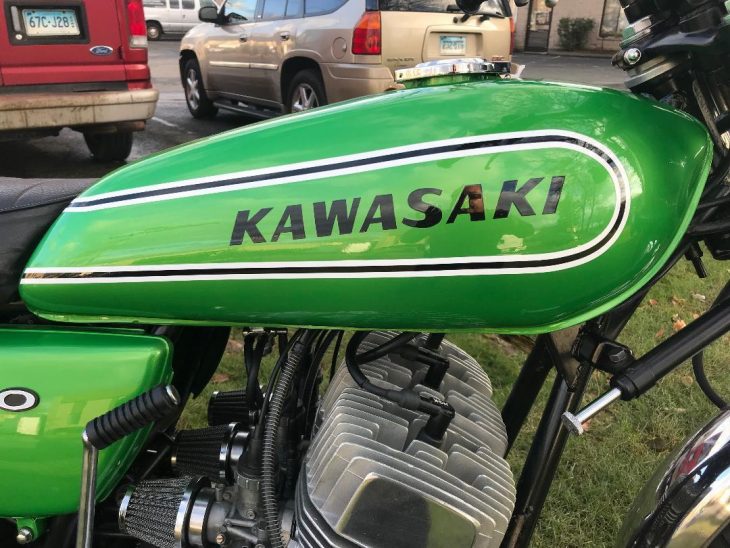 A sparkling restoration and though the owner doesn’t divulge who did the work, the carefully detailed engine and wheels look great.  From the eBay auction: 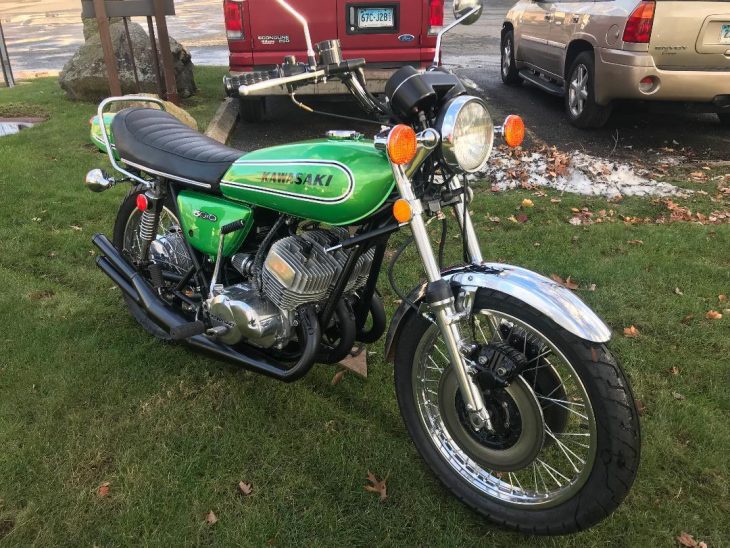 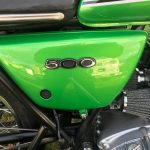 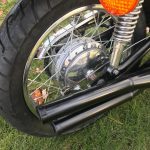 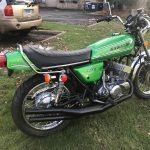 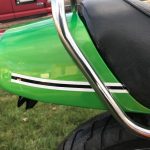 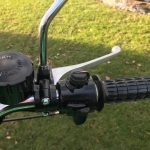 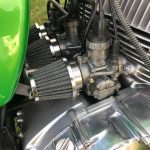 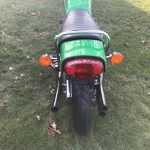 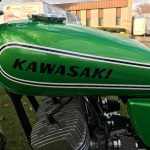 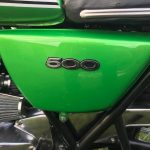 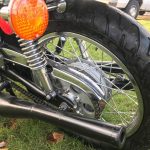 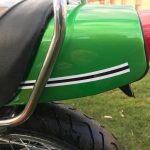 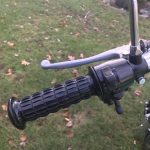 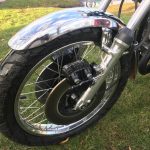 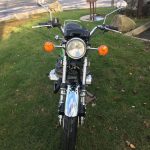 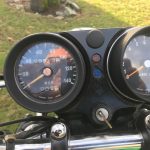 Reviews raved about the big triple, while things like mileage and changing spark plugs every other oil change were easily forgotten.  But no one’s proposing the H1 as a daily rider in this day and age, especially looking like this.  Wish the owner had attached a video with the sound of those triple expansion chambers…