Ducati took accuracy to a rare height in the early 1990’s, with the 851 and 888 models reflecting their actual displacement.  Today’s SPO is a California native and looks great with just 10,654 miles. 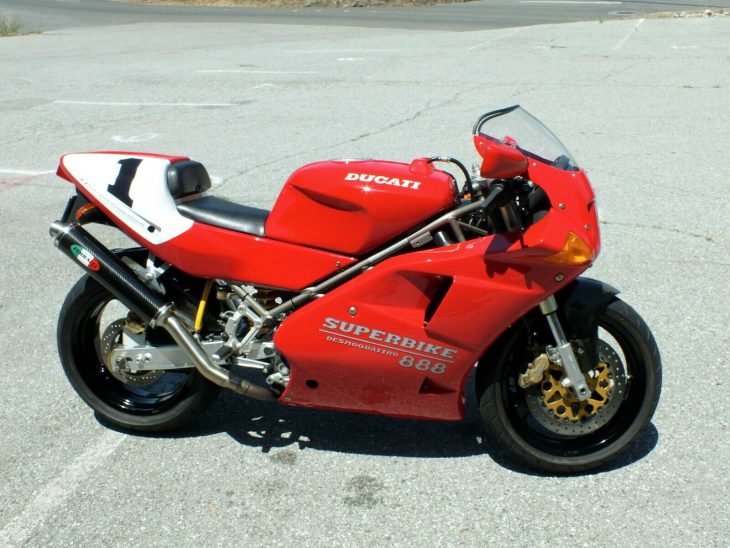 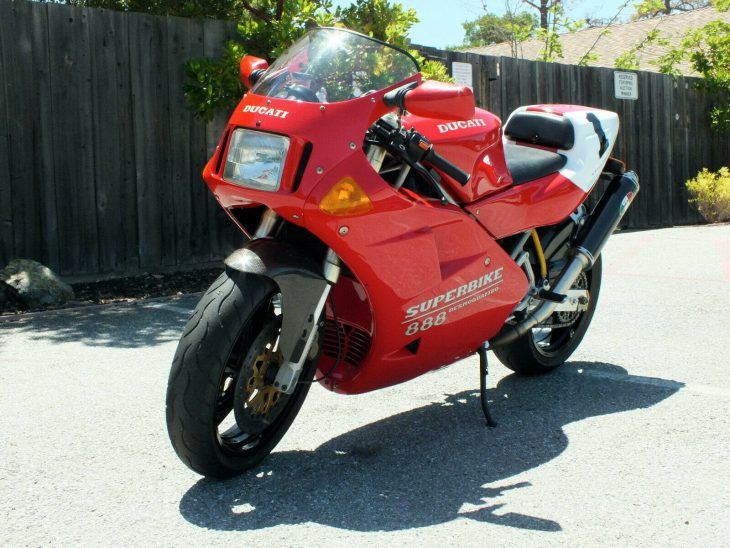 A stateside-only model, the SPO had a single fuel injector per cylinder, and met EPA regs with a nice round 100 hp.  888’s had a distinctive exhaust note, especially with Termignoni or Ferraci “silencers”.  Showa USD forks and  were fully adjustable, and the rear suspension had an interesting rocker arm arrangement which allowed ride height adjustment separate from the Öhlins monoshock.  The SPO was always a monoposto, and used a steel seat subframe instead of the alloy part used on the Euro model. 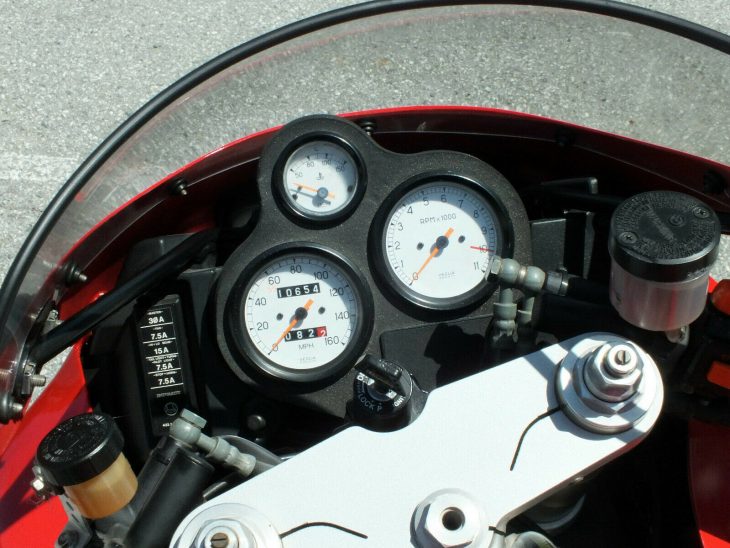 This owner states they are the third, and though not well documented, the condition is sparkling.  Cast iron rotors provide better high performance braking, though they require regular inspection.  Hopefully the timing belt service is up to date as well.  Comments from the eBay auction:

10,654 original miles. The bike is in excellent shape, always garaged and adult owned. The bike was purchased in 2007, and I am the third owner. The bike has had a recent oil and filter change. The bike is fitted with Ferracci carbon fiber exhaust and cast iron floating front disk brakes but is otherwise in stock condition. The original front disk brakes and Michelin Sport Pilot tires (unmounted) are included in the sale. 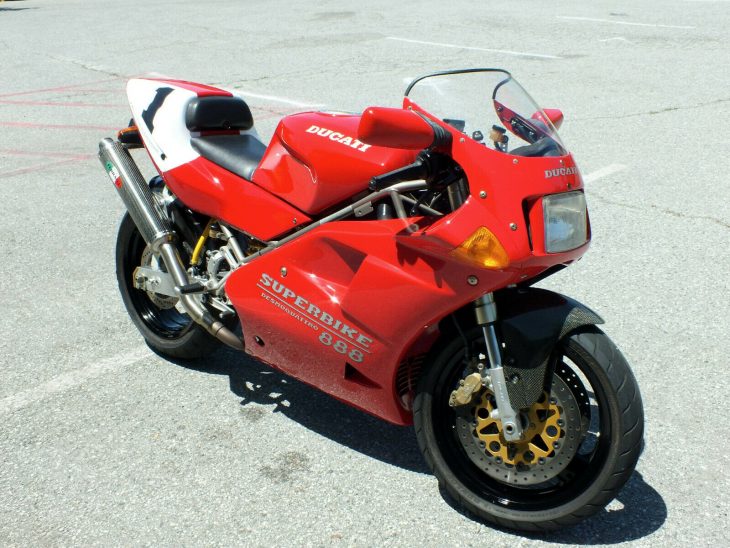 Production was very limited at around 270 copies ( and some stayed in Europe ), seemingly made for a numbered plaque but that wasn’t in the plan.  It does come with a grand number 1 on each side of the seat fairing, commemorating Doug Polen’s 1991 and 1992 Superbike crowns.  The beauty of the 888 is a little more roller derby queen than the subsequent 916’s supermodel lines, but still grabs eyeballs. 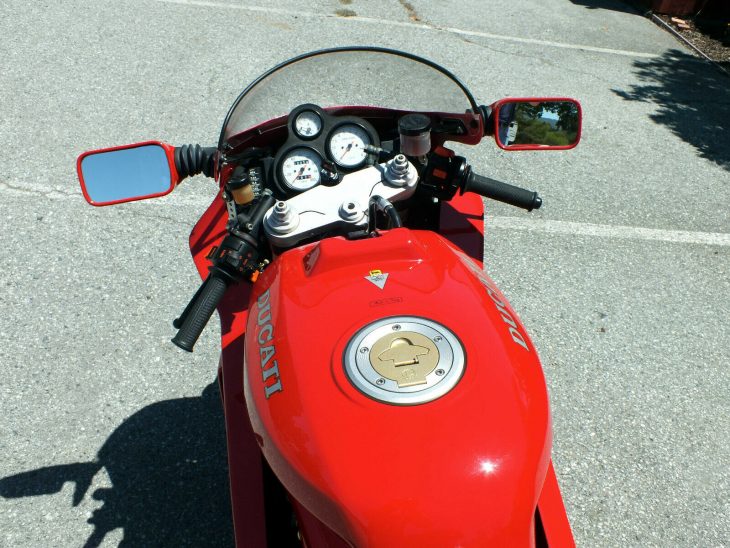