The road-going version their GP7 racer, the Desmosedici was a limited edition of 1500, but more limited by stratospheric pricing and long lead times.  Originally offered to only Ducati cognoscenti, the $72,500 cycle was way more than could be used on the road, the spec sheet having enough of everything for two or three sportbikes. 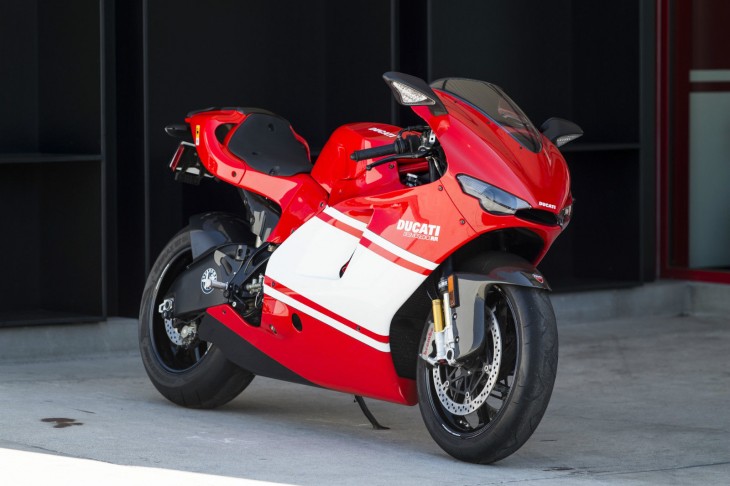 2008 Ducati Desmosedici for sale on eBay 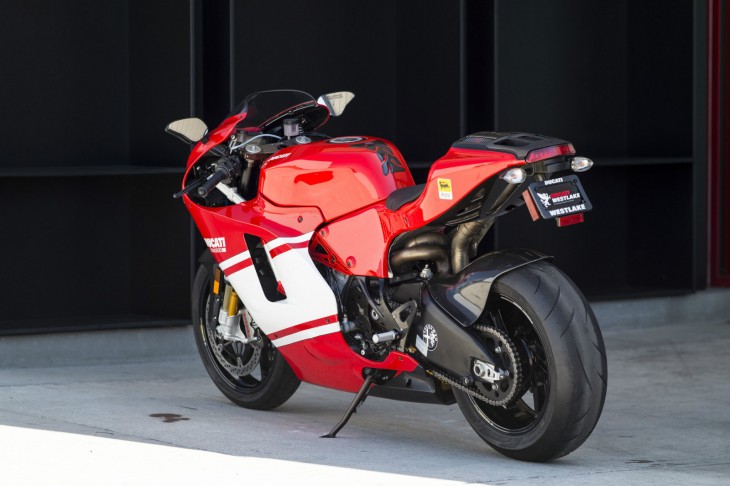 Sixteen desmodromic actuated valves give this bike its name, gears driving the cams on this 989cc V4.  The nearly 14,000 rpm redline resulted in 200 hp, four multi-injector throttle bodies making the power delivery manageable.  The rest of the specifications are over the top – steel trellis frame but chrome-moly steel, reptilian plastic bodywork but carbon throughout, 43mm upside-down forks but with remote reservoir, 4-2-1 underseat exhaust but all titanium and exits the top of the seat fairing, alloy wheels but forged and machine magnesium,  Brembo brakes but radial 4-piston calipers. 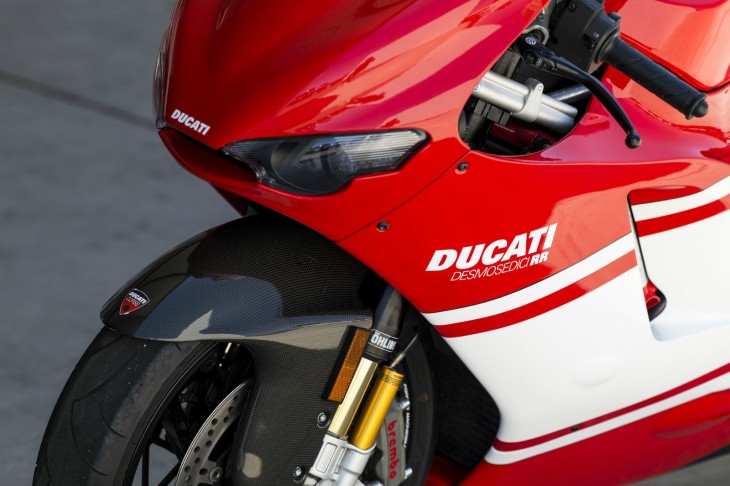 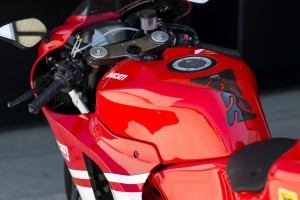 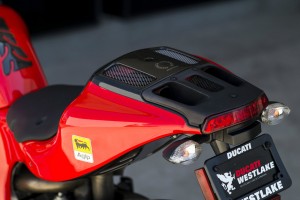 Well on its way to a fourth oil change, a surprising amount of miles for a machine like this.  From the eBay auction: 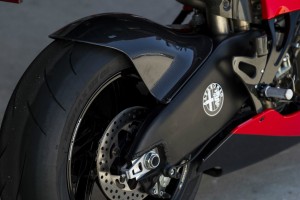 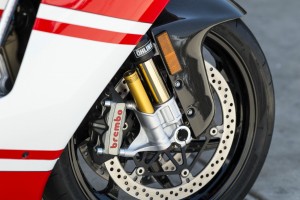 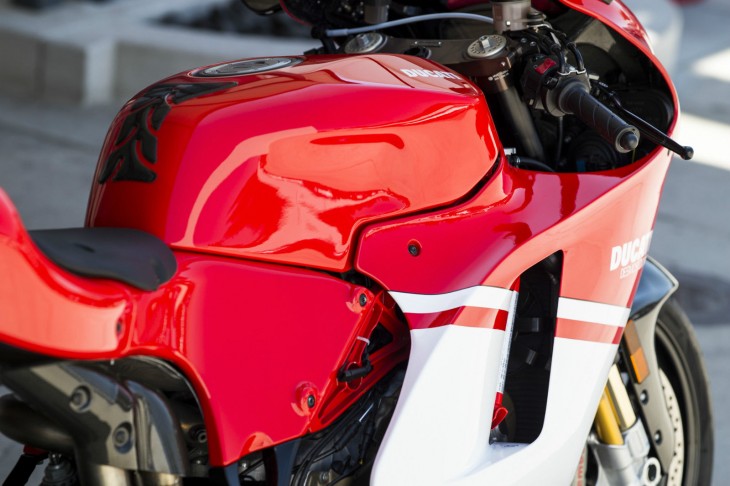 Badged number 69 out of 1500, it may well be rarer if the total production limit was never met.  Dazzlingly presented by a dealer in Thousand Oaks, Calif., there are forty auction “watchers” but for the same eye-candy reason the Porsche and Ferrari new car websites get such a workout, just 7 bids as of this writing.  Ducati’s only V-4 road bike, the Sedici will only be more rare as they migrate to the gallery and away from the tarmac…