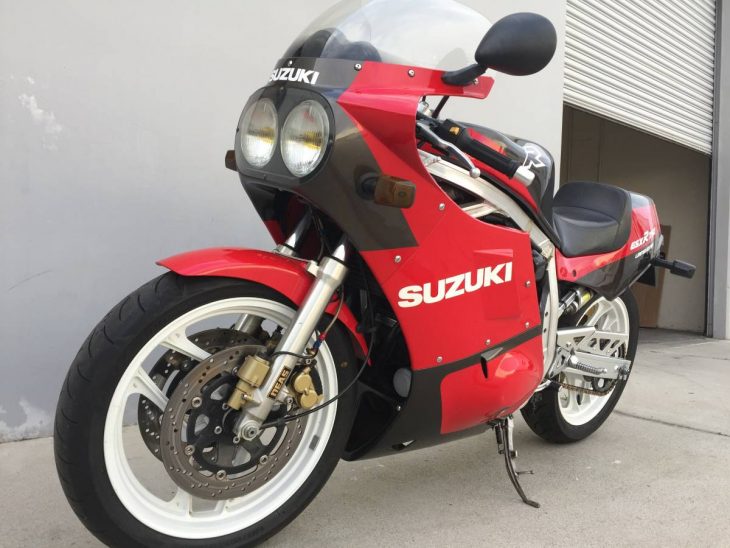 Honda’s famed RC30 was basically designed from the ground up for competition, and seemingly only sold to the public to satisfy production-based racing requirements. That’s one way to go about it, but if you don’t have Honda’s practically endless resources, how do you create a machine that will help your racers to compete at the top levels of production-based racing? You build something like this Suzuki GSX-R750 Limited Edition. In recent years, “Limited Edition” has come to refer to things like luxury trim packages for Toyota Corollas, somewhat watering down the cachet of the term. But in this case, it was truth in advertising, with just a few hundred made to satisfy the regulations. 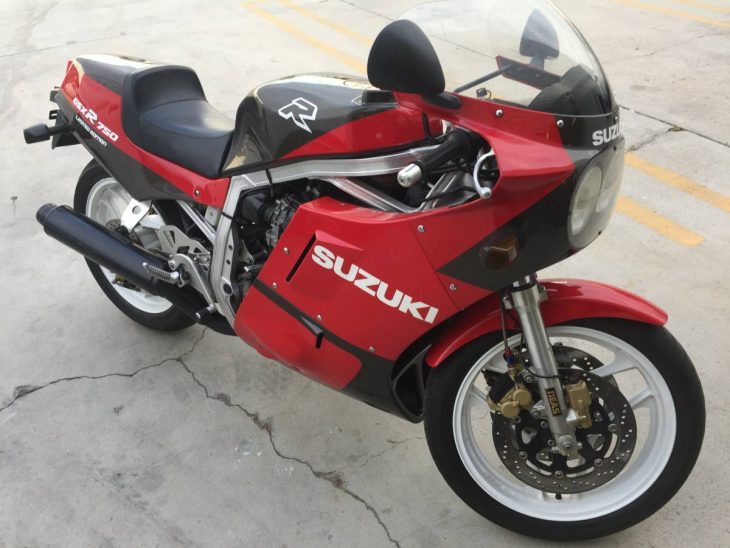 The regular GSX-R was already a pretty impressive machine and, considering that the Limited Edition was the most expensive Japanese sportbike of 1986, you’d be forgiven for thinking that the performance of this rare and exotic version is underwhelming. But the changes were designed to allow their inclusion on race machines, not make for a better roadbike. The LE was just six pounds lighter than the standard bike, most likely a result of the fiberglass solo-seat tail section. Power was very similar as well, since the engine internals were virtually identical to the stock GSX-R750, and flat-slide carburetors are great for producing maximum power, but they’re not really suited to everyday use. Fortunately, the LE’s lightweight vented dry clutch should produce enough rattle to drown out the supposedly noisy carburetor slides… Aside from those notable and very expensive upgrades, the bike also featured a revised swingarm for improved stability and the electronic, anti-dive forks from the GSX-R1100, although I wonder if many race teams actually used those. Photos of our recent GSX-R AMA Superbike suggest that at least some of them did… 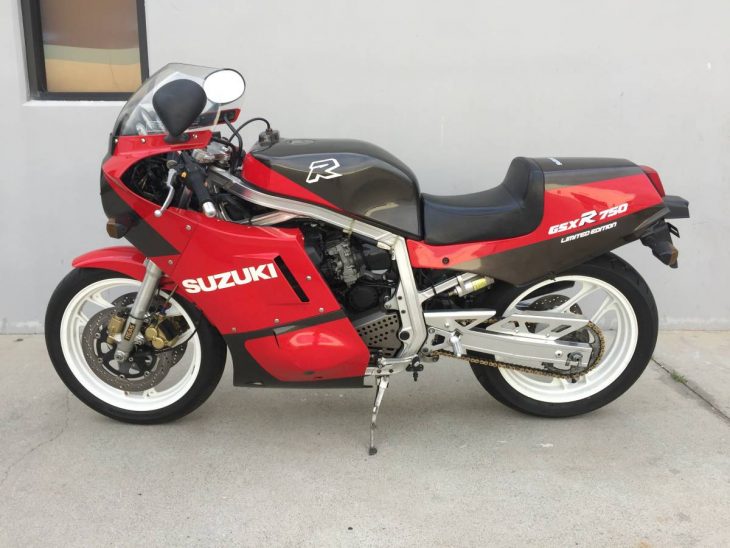 So out of the box it didn’t necessarily perform any better than a stock bike, and was hideously expensive. But honestly, most manufacturers of homologation specials probably weren’t too concerned about selling them: I’m pretty sure the rules only required that they build the required machines, so if they sat in showrooms for a few years, manufacturers wouldn’t lose any sleep over it. Collectors and enthusiasts with the money to buy them still did so, regardless of cost, but the main goal was to get the right parts legalized for the racers. 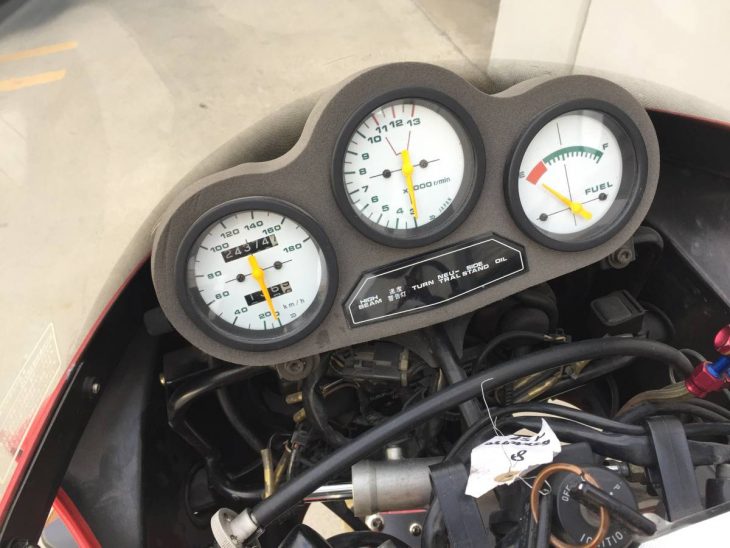 The bike is imported from Japan.
Not registered yet in the U.S.
This bike is sold without title. (NO TITLE) 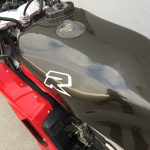 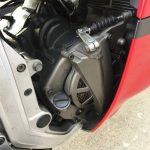 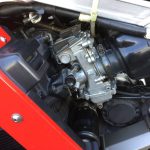 The last Limited Edition GSX-R750 we featured on the site was also a Japanese import in similar colors that were intended to celebrate Suzuki’s success at the 8 Hours of Suzuka, but this appears to be a different bike entirely. First-generation “Slabbie” Gixxers are already increasing in value, and nice Limited Editions are starting to command premium dollars. The lack of a title could prove to be a hassle, but many people considering a purchase will be looking to collect or display, not actually ride it, so that may not be all that much a problem. The $13,800 asking price seems in line with recent LE prices, but I wonder if the lack of title will have any impact on its value. 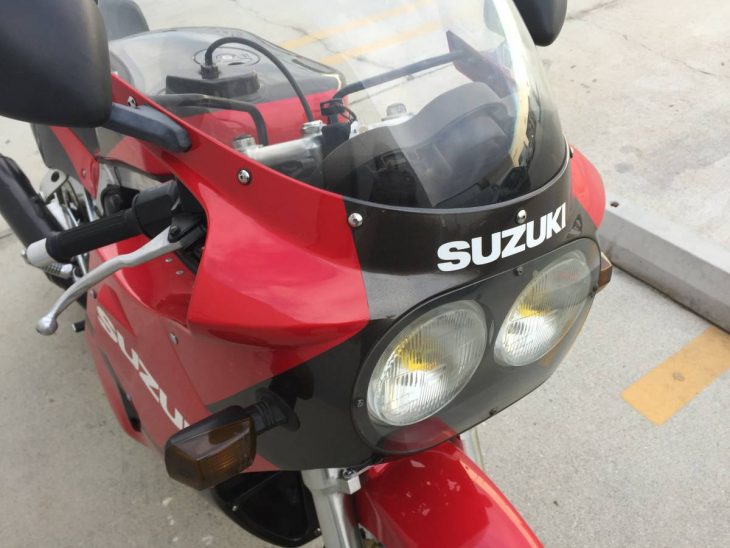