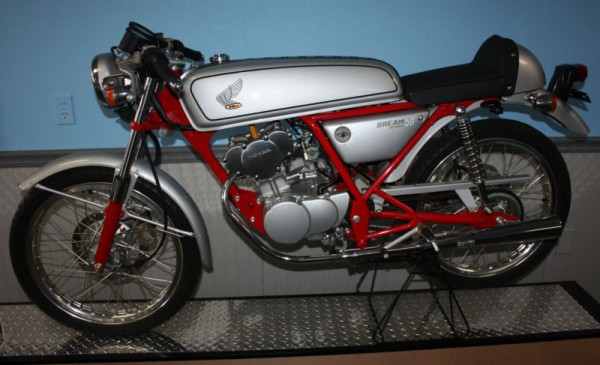 I think most small bike buffs are familiar with the 2004 Honda Dream 50R; the track only Honda tribute to the 1962  CR110 race bike.  They are a niche bike at best being 5occ’s and track only.  This little road going, Japanese domestic market Dream 5o is a lot more interesting and quite a looker. 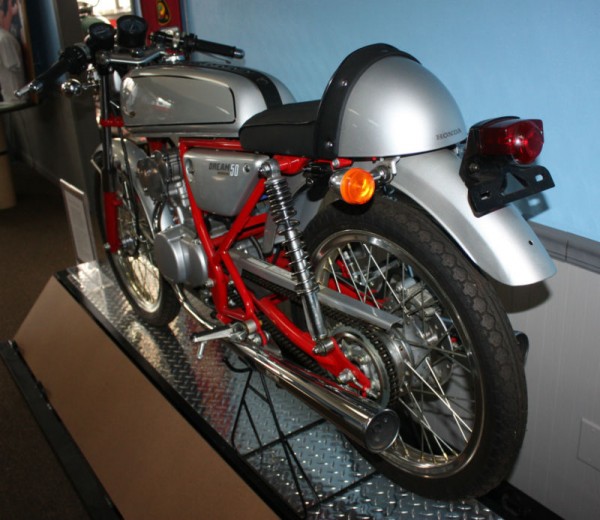 Even though it is a Japanese domestic market bike, it wasn’t produced for very long; 1997 and 1998.  I couldn’t track down production numbers but the seller claims it was a limited edition.  Anyone know the actual number produced? 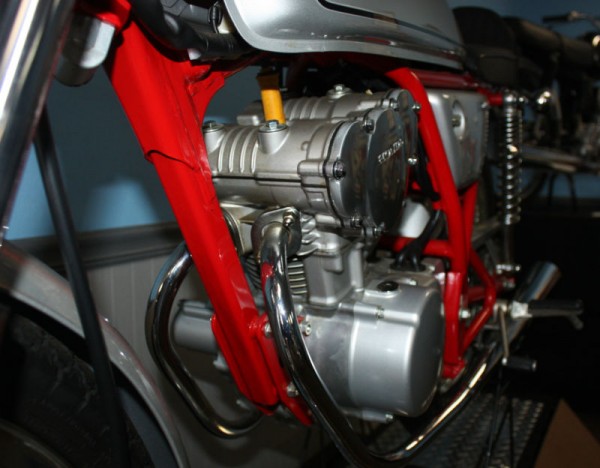 If you are concerned about performance (not sure who is with a 50) you want the track only Dream 50R imported here in 2004.  It has a higher red line, higher compression, different carb, six speed gearbox and lighter weight.  In my opinion this bike is the winner visually.  It is just a good looking little bike. 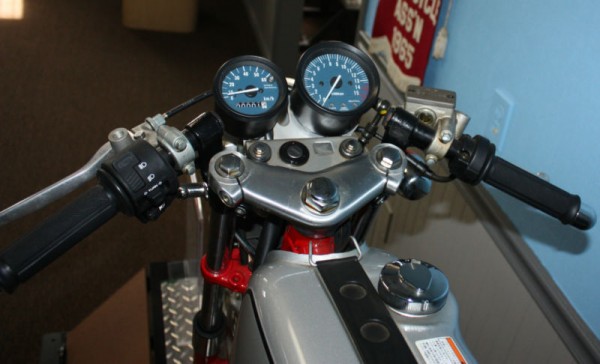 Does it look brand new?  It should, here is the story:

The fellow who imported this Bike was in Southern California , I think he brought in 10 of them. I bought three . Two new in the crate and one used , I sold the other two  early on,  as I only wanted the one for my collection.  I have the original battery and mirrors , tool kit and all the manuals ( Japanese of course).  Also the race version RPM limiter . It was hard to find at the time , so I bought one to have it , but have never installed it, as I have never run this bike. The bike  is like new not a mark any where  , with everything you see in the photos . Including a race stand for the rear axle , as shown in the museum photos.   I’m changing many of the museum displays and bringing in new machines, for next season. So this rare machine and a few others will be for sale on ebay, over the next few weeks. Good luck bidding , you get what you see, nothing to hide , no disapointments . 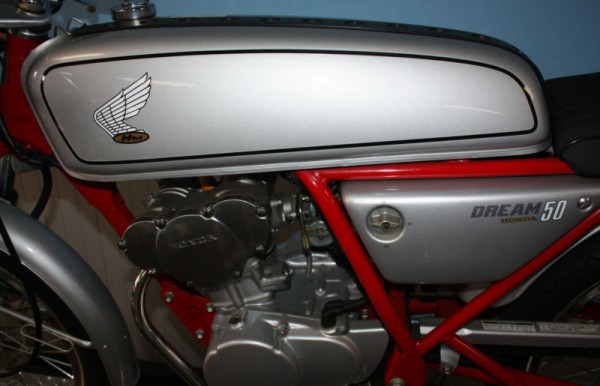 It looks like there is a decent amount of interest in the bike judging from the activity on the auction ($5,000 as of this writing).  The reserve has been met so it is going home with someone. 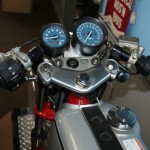 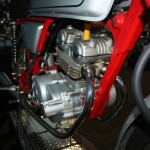 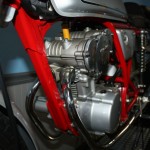 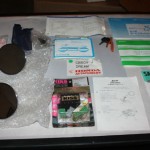 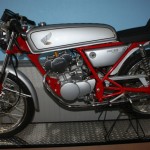 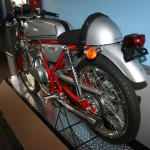 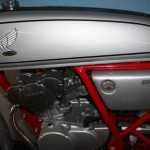 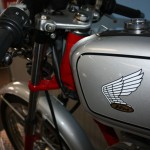