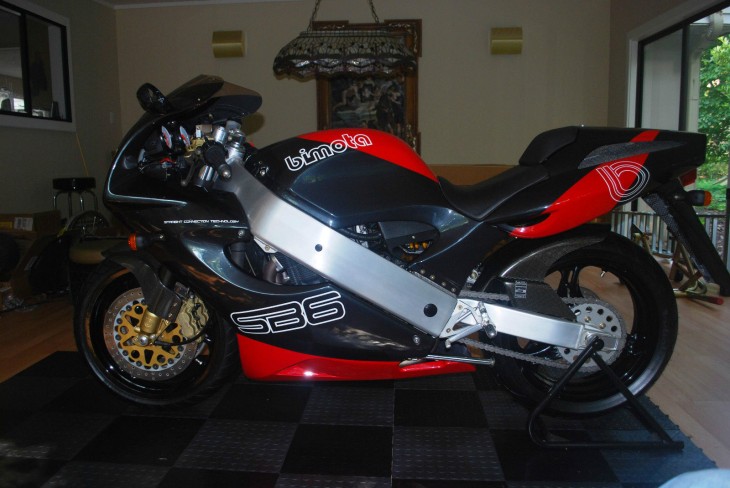 A bike with serial number 001 might be the cat’s meow, but bikes lovingly stored inside, well presented with high resolution pictures, and offered with low (read: almost no) miles will be what drive the pricing curve upwards. This 1997 Bimota SB6 is just such a bike. This is a great example of the breed, sporting only 49 miles since new. It’s always ironic how locating one rare bike invariably spawns a rash of similar machines – this is the second SB6 this week. Everything seems to go in cycles, and we appear to be in a Bimota vortex at the moment. So step into your hot tub time machine and let’s jump back to 1997! From the seller:
Reluctantly for sale is my new 1997 SB6 Bimota. I purchased the bike from a Bimota dealer who has a collection of over 30 Bimota’s going all the way back to when Bimota raced two strokes. The dealer had two SB6s and agreed to sell me one. I have documentation from the dealer to verify the mileage on the bike. The dealer serviced the bike before I took delivery; I rode the bike around the block to make sure it ran properly, then removed the tank, drained the fuel and parked the bike in my den. I moved it outside to see if I could get better pictures but the paint has such a gloss that it reflects everything around it. The pictures don’t do the bike justice. The bike is all original, including the tires with the exception of the Bimota cool air kit and carb jetting. The dealer also has a tri color SB6 and liked the black wheels so he had the wheels on this one powder coated black, they are perfect and in my opinion look much better than the original silver. This is my fourth Bimota (YB6, YB10 and two SB6s). The 42 miles were put on the bike when it was delivered to the dealer to get it tuned properly then put in his collection and the last 7 miles were when I took it for a short ride to confirm the tune. 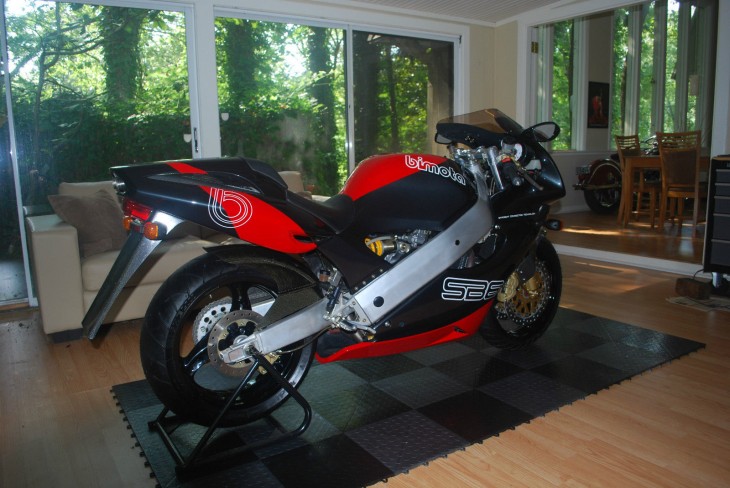 When Bimota built a bike during this era, they took the power train and major electrical components from a donor – in this case, a GSX-R1100. This allowed Bimota to save the development cost of these items, and allowed them to focus on performance, handling and just basic good looks. This grew from the kit building phase of Bimota, where a buyer would receive a frame, bodywork, and sometimes wheels and suspension components. All the rest came from a donor bike – the engine, trans, electrics, lighting, gauges and what have you. Slowly but surely, Bimota began creating whole bikes, and eventually they built honest to god factory-level machines. While they continue to use donor power, the rest is very much Bimota. 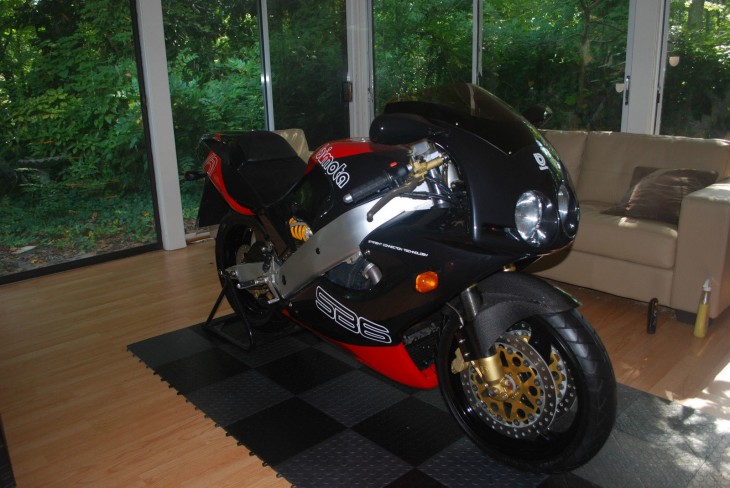 This bike looks fantastic for its age. If you believe in the collector adage that you should buy the very best example of a model you can find, this may well fulfill your SB6 bucket list. With monster power, stunning looks and handling that is relevant to this day, this Bimota will make someone an awesome ride… or artistic expression in your den if you prefer. Check it out here! 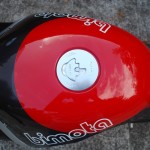 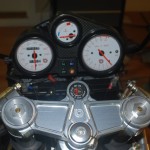 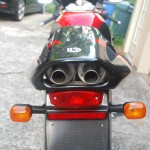 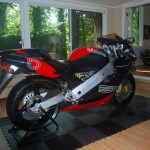 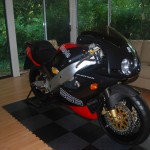 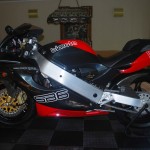 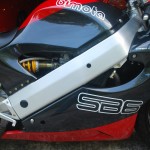 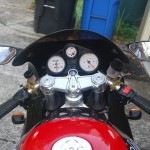 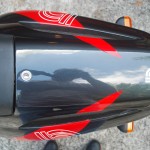 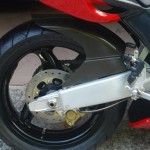 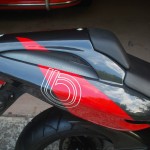 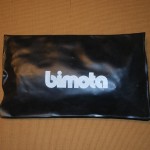 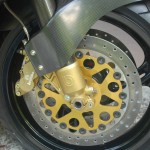 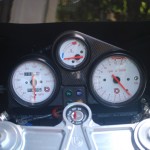 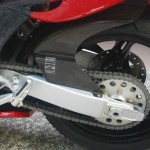 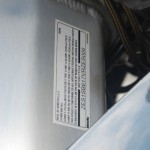 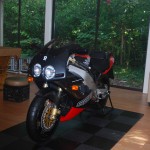 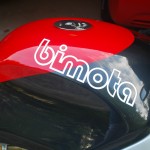 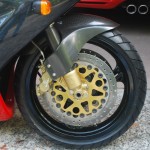 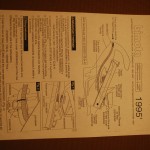 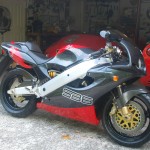 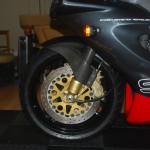