Probably the root of more Ducati obsessions than any other bike, the squinting headlights of Massimo Tamburrini’s 1994-2002 masterpiece say ‘Faster’.  This 1999 single seat 996S shows beautifully with just over 3,000 miles. 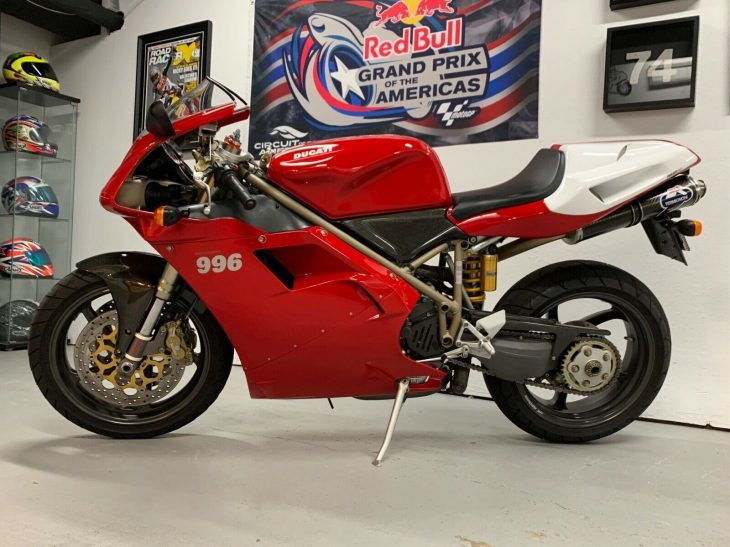 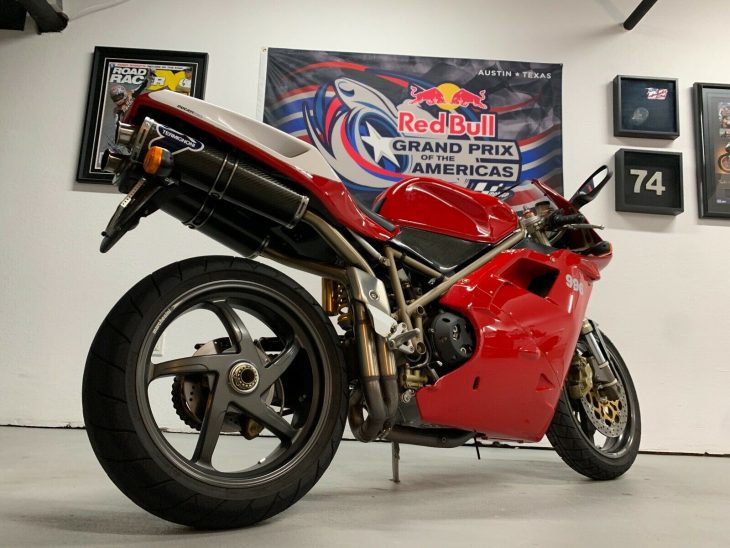 The increase from 916cc led Ducati to specify a new Weber fuel injection system, and it required dual fuel injectors to achieve its 123 hp.  But the new system could be a bit rich around town, and some owners took to re-programming to disarm the second injector.  Elsewhere, a few things from the base 996 that had been plastic were now carbon, dampers were upgraded to adjustable Showa forks and Öhlins monoshock, and wheels were of course alloy but lighter Marchesini forgings.  The -S was always a monoposto, and not sure if I’ve ever seen anything but red. 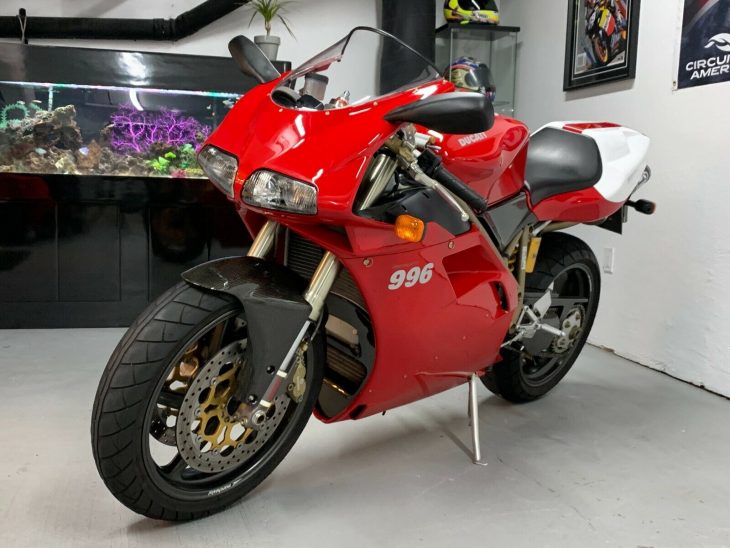 This San Diego owner doesn’t tell the ownership history, but it’s clear this 996S has been protected from the garage elves and updated in very good taste.  Comments from the eBay auction:

This 21 year-old is in amazing condition with only 3,017 miles on the clock!  The original date coded Michelins are still on the bike as a testament to it’s condition.  One is dated the 10th week of 98 the other the 52nd.  The bike has never been washed with water, if you look closely in the pictures, all of the original factory grease torque marks are in place!  All of them.  It has always been stored in a climate controlled garage and it is absolutely free from corrosion.  It has been kept upright it’s entire life completely free from ANY blemishes.  At 1,959 miles, the timing belts and a full service was performed at Ducati of Newport Beach.  Currently registered and insured in my name with a clear California title.
This 996S is sporting a few period correct upgrades.  It sounds evil thanks to it’s obligatory open clutch cover, classic Termignoni exhaust and Ultimap chip.  Steel braided lines throughout including brakes, clutch and oil cooler.  Lastly there were a few extra carbon bits added including chain guard, sprocket cover, chin spoiler and license plate holder.  The tank guard on there is magnetic so there is no sticker residue.  I have the original ugly red reflectors that go on the front fender as well. 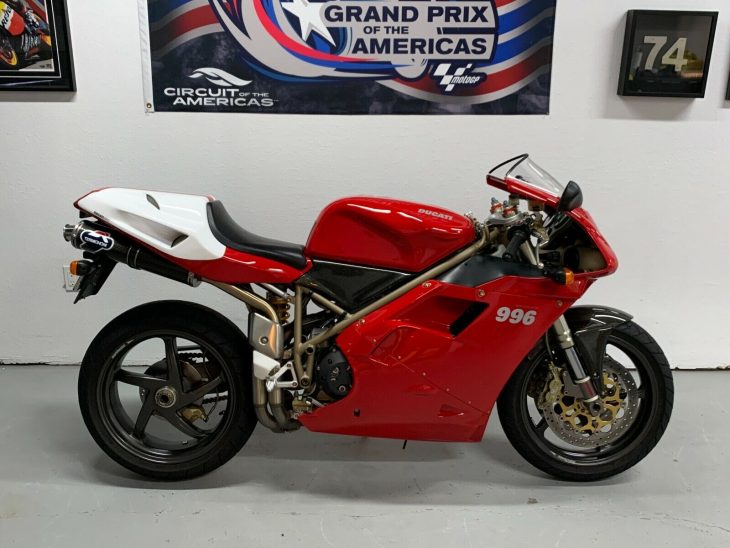 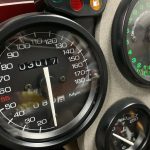 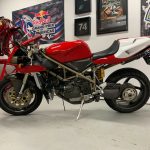 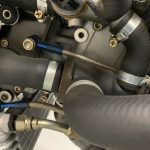 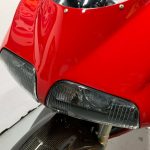 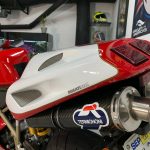 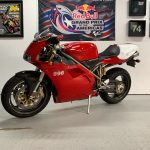 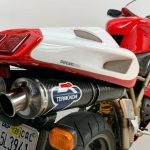 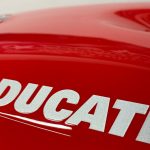 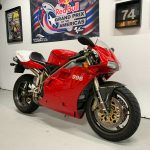 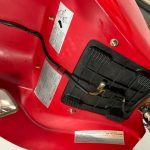 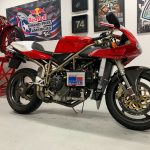 While you could just take a spin on those old tires, how would you ever explain it should one come apart ?  Might be good to date the belt service as well, before requesting take-off power.  In a issue of just 200 machines, a 996S is very collectible, but having ridden a nicely updated base 996, the next owner will not want to relegate their new purchase to display without at least one great afternoon. 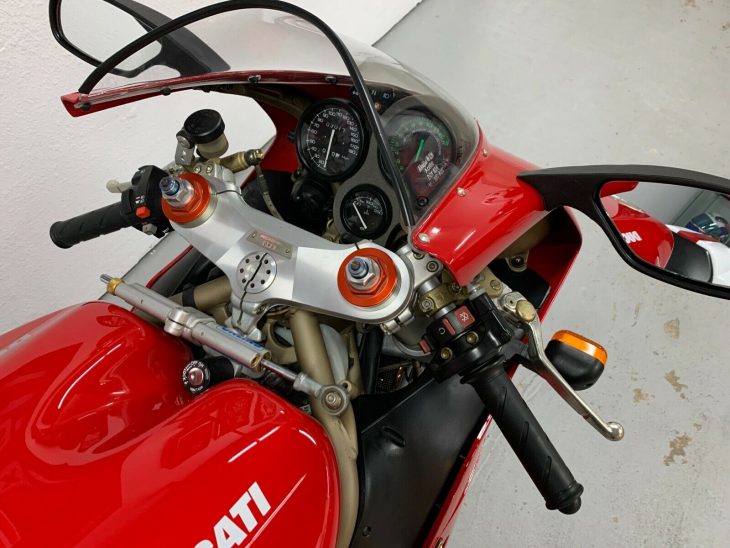