A one-year wonder, the numbered edition S4RS Tricolore put some pizazz in the 2008 Monster line-up.  The heavily oversquare testastretta engine brings 130 hp to the party, up at 9,500 rpm.  Well-finished despite being naked, the 998cc V-twin also has components on the superbike level. 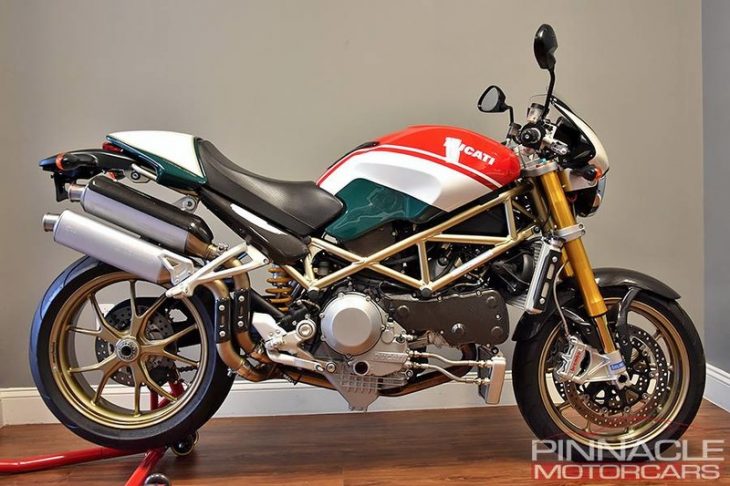 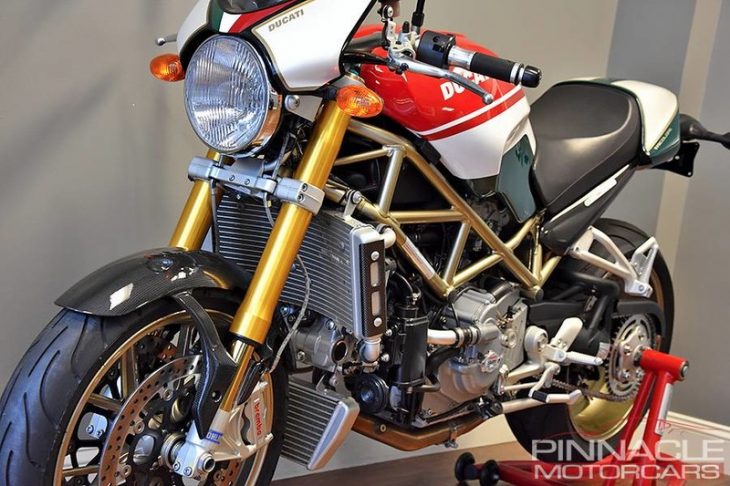 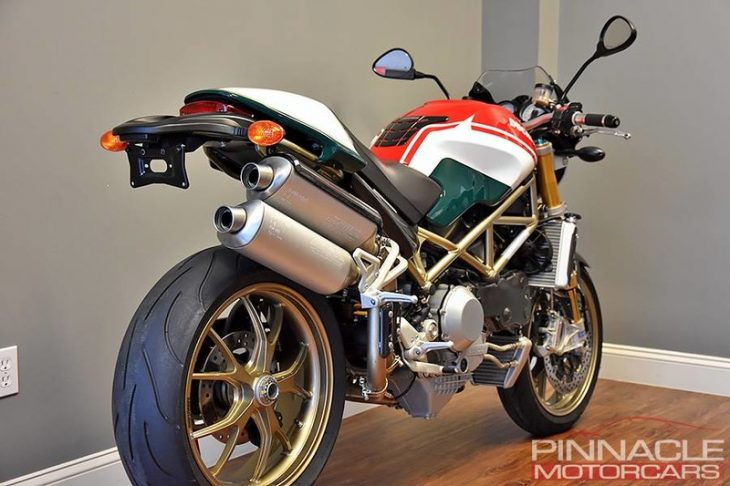 The 998’s narrowhead engine is thoroughly modern, Marelli fuel-injected and water-cooled with an auxiliary oil cooler.  Once identified, the different plumbing loops for intake, exhaust, water, oil ( and even fuel vapor ) make sense.  The special Tricolore livery contrasts nicely with the golds of the trellis frame, Ohlins and Marchesini components, and the carbon accents on the radiators, fenders, and side covers.  Stacked exhaust and half-tube mufflers are sweet, but reviews warn of a toasty right heel. 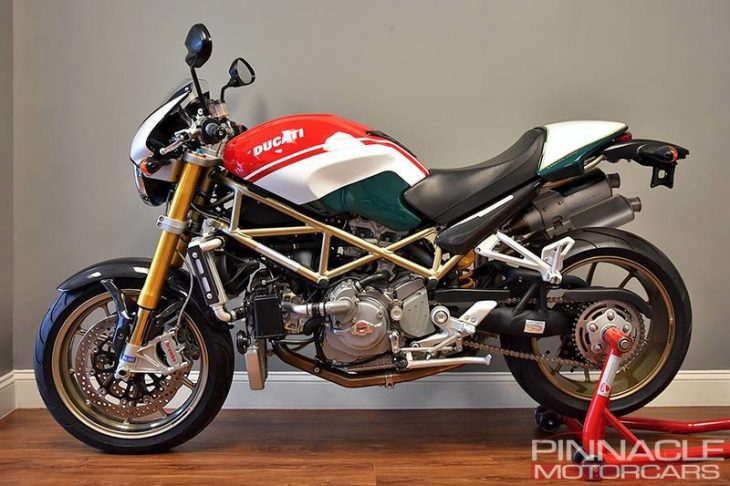 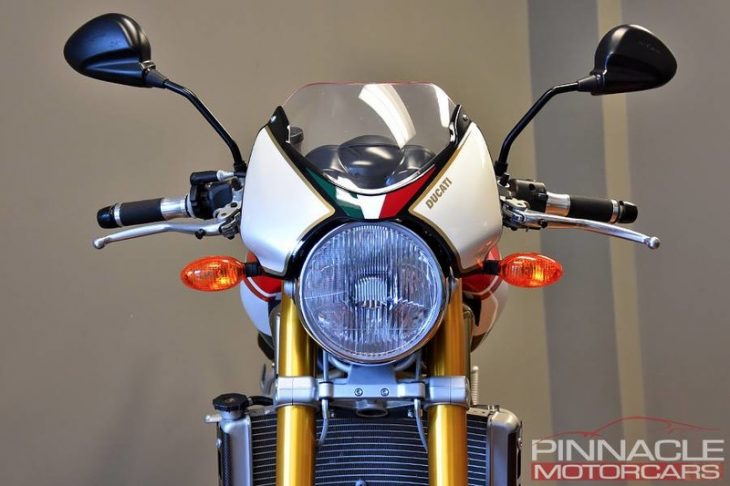 Hard to say how this special Duc found itself with under 2,000 miles, but likely it was a trade-in at the West Palm specialty auto dealer who listed it.  Still has the rarely seen evaporative emissions system on board.  From the eBay auction:

This is a super rare 2008 Ducati Monster S4RS Tricolore model with just 1171 miles!  This is the lowest mile S4RS out there that is collector quality !  This was meticulously maintained and cared for.  This bike has never been down with no marks on it.  It is a collector bike and only going up in value!  It is fitted with Michelin Pilot Power tires that are like new!   We have all original books and keys for this bike.  The handgrips and the catalytic converter have been removed.  Other than that 100% original !  Bike is absolutely amazing !!! 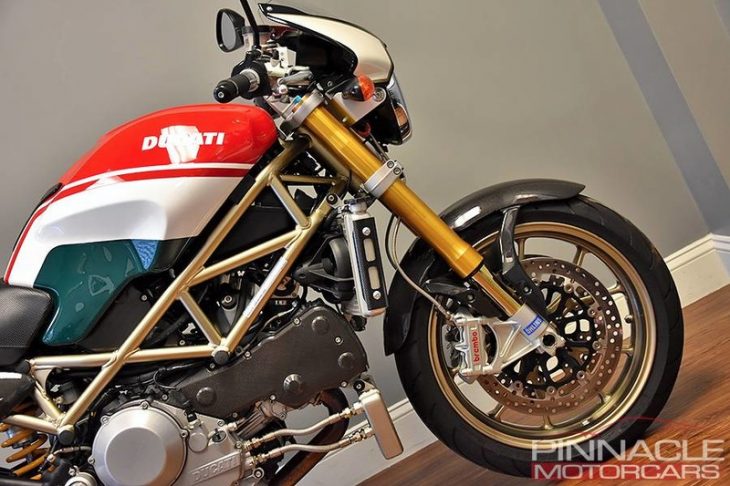 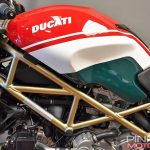 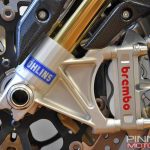 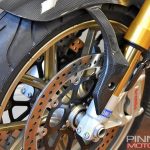 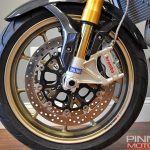 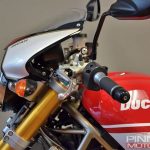 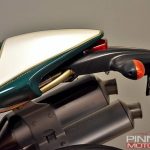 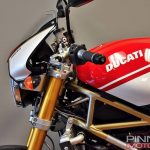 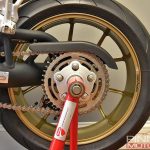 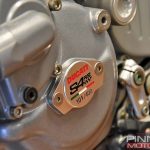 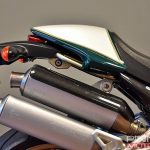 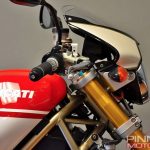 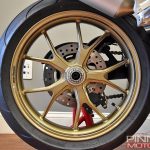 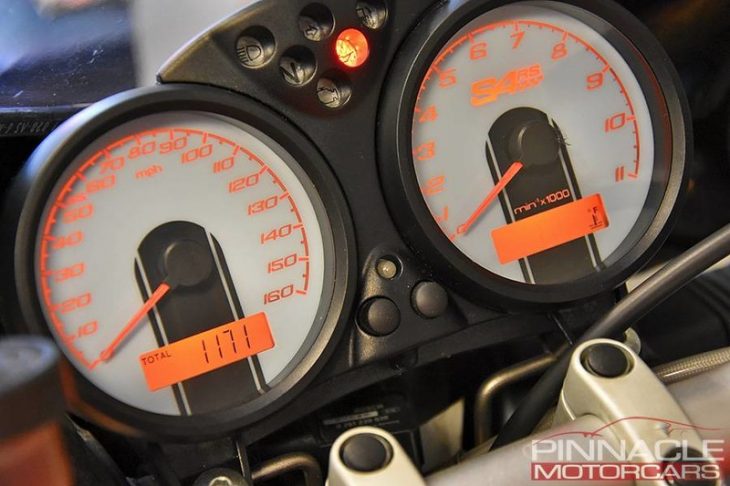 Like new or not, the calendar says belts and tires will need a careful inspection before grabbing a big handful of throttle on this S4RS.  But it’s a desirable model since the Tricolores are only an occasional special, and the condition is spectacular.  The bikini fairing provides enough protection for a quick run at the ton, but Monsters are better in the twisties, maybe a fall day on the tail of the dragon – something like that, yeah… 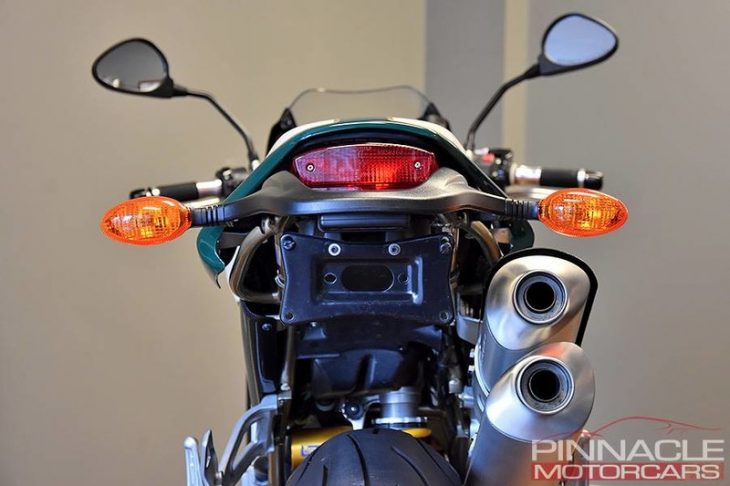