Ducati came away from the 999 design with some lumps and bruises, and took their hard-won Superbike rules change as an opportunity to house the new engine in a package that recalled the 916 nose.  Here is a very fine example from just over the Golden Gate Bridge. 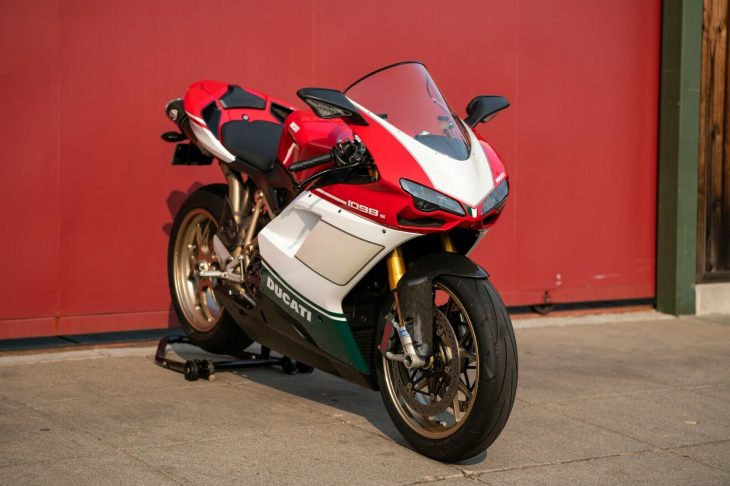 Ducati prepared their testastretta Evoluzione engine for 2007, with a change to the valve angles and elliptical throttle bodies resulting in 160 hp.  The valve adjustment interval was increased, and as part of the re-design cooling system woes became a thing of the past.  The -S featured premium Öhlins dampers and forged Marchesini wheels, and the dash with data analysis was said to be the same as a WSBK mount.  Beside the classic gold frame and national paint scheme, the Tricolore edition came with carbon Termignoni exhausts and updated ECU.  The angry eye headlamps give way to a sleek fairing, whose many fasteners generated an extra shop hour when service was required. 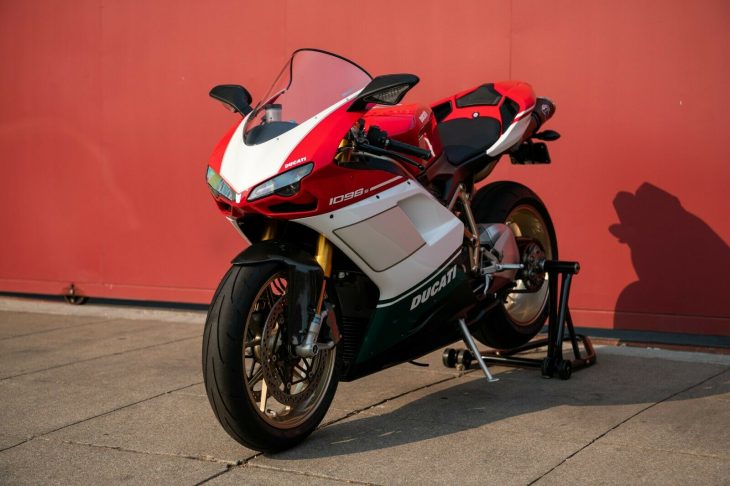 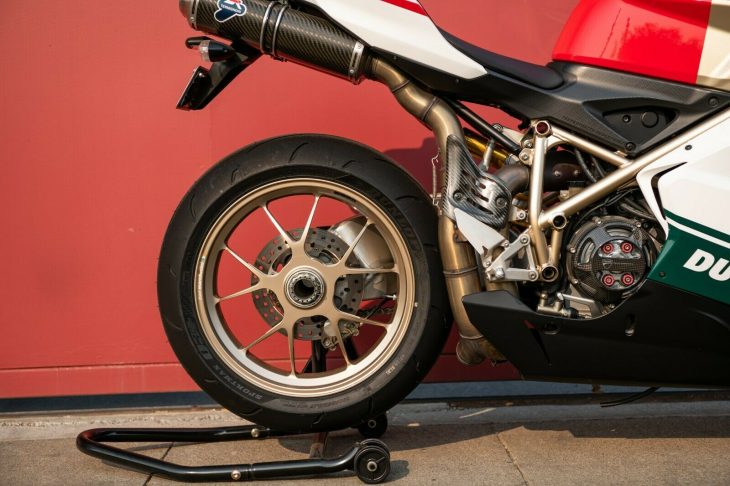 Offered by what seems to be a new dealer, this 1098S claims just 6,000 miles and looks excellent.  No word on ownership or maintenance history, but it has couple of nice factory additions.  From the eBay auction:

This 2007 Ducati 1098 S is a limited edition Tricolore model powered by a 1099cc L-twin paired with a 6-speed transmission.

This Tricolore comes with with the owner’s manuals, keys, the key code card, and a clean California title. 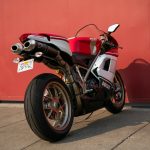 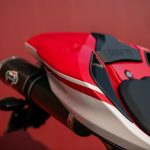 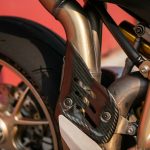 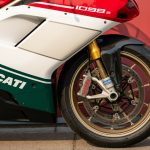 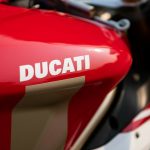 A couple of executives at Ducati must’ve lost a friendly bet when FIM raised the twin displacement to 1200cc in one fell swoop, but the 1198 wasn’t far behind, and kept the 1098’s good looks.  Though some would say the 1098S has been eclipsed by the Panigale generation, there will likely always be spot in a Ducatisti’s garage for a booming twin with side-by-side headlights – and commemorative colors would certainly be a plus. 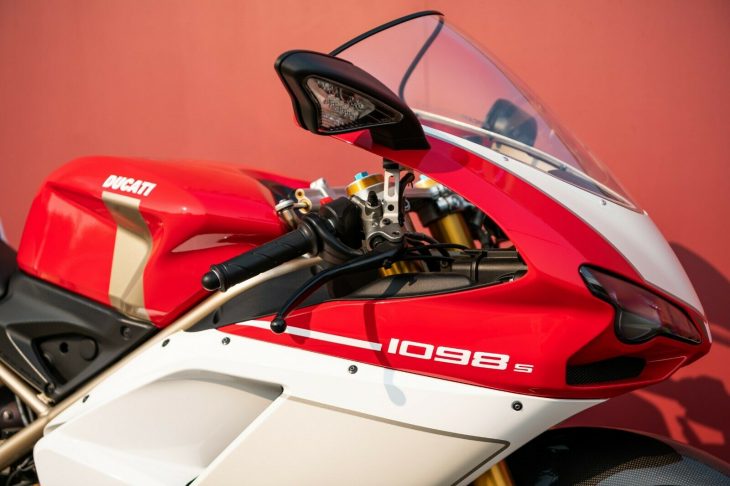