Having presented an all-new R1 in 2007, Yamaha changed very little for 2008.  Hopeful for Rossi, they presented a Moto GP liveried body kit.  This owner has barely ridden the bike, kept it perfectly, and even improved a few of the minor decals. 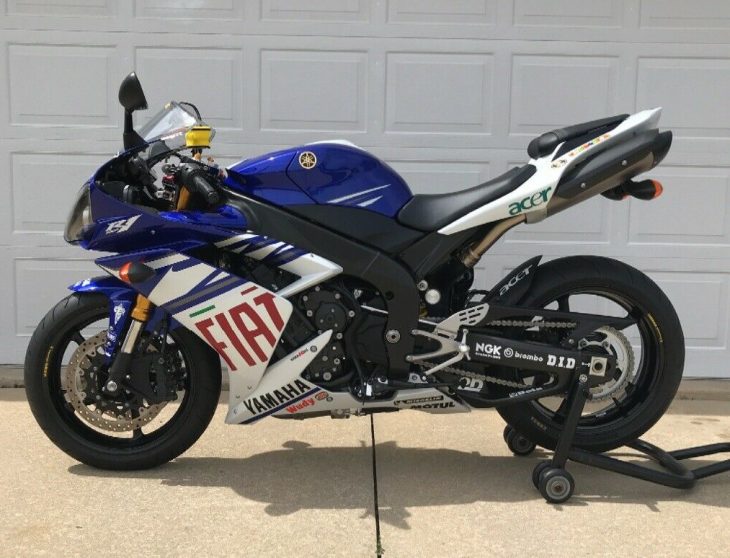 After many years with the 5-valve Genesis, Yamaha’s ’07 re-design used just four valves per cylinder, but still managed 180 hp from the liter.  Intake runner length is computer controlled, optimizing the low and high rpm running.  The throttle is electronic rather than mechanical, and there’s a factory slipper clutch.  The rider is warmed by air evacuating the fairing and the underseat exhaust.  Kayaba suspension is multi-adjustable and triple-puck calipers over 310mm rotors are outstanding. 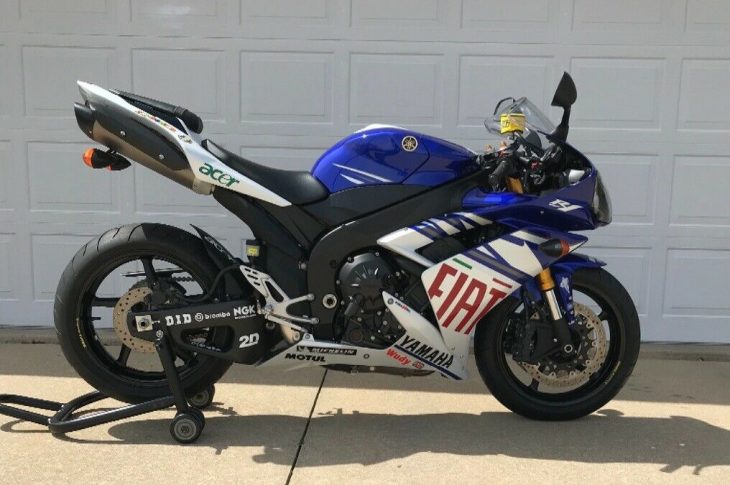 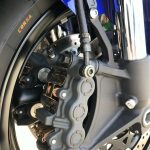 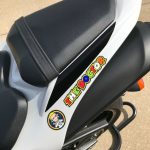 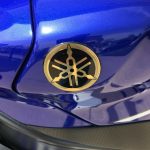 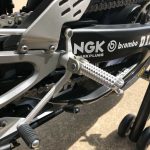 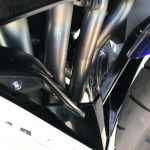 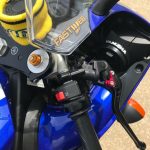 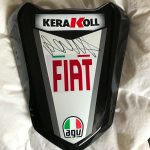 The original owner has protected this R1 from a sportbike’s usual reality, installed the Fiat fairing kit, and made a few minor improvements.  For a fan, it’s a collectible combination, plus there’s a Rossi-signed tailpiece.  Pre-owned but not really used.  Comments from the eBay auction:

What’s unique about this particular scooter is the Limited Edition MotoGP Yamaha/Fiat Livery Kit which was presented by the Yamaha Factory Race Team back in 2007. Only 380 were made and distributed worldwide and my number is 144.  Every piece was meticulously installed and the results were and remain flawless.
The sponsorship decals that came with the kit were used at the time of installation but were of inferior quality so I had a professional printer make die cut decals copying what was on the factory race bikes at the time and the result is night and day difference. The decals you see on the swing arm and rear tire hugger show the better application. The original kit decals were smaller in dimension and were not proportionate to the areas of their intended placement. I did not keep the originals, some of them were damaged when removing them but in all seriousness, no big loss in that department.

There have been no engine or exhaust modifications. Electronics have not been tampered with whatsoever. The bike is primarily stock with only a few aftermarket accessories. The stock brake and clutch levers were removed (for you purists, I still have them) and replaced with a machined set in anodized black. They’re not a brand name, I purchased them from a Chinese vendor on a whim but was pleasantly surprised by the exceptional quality and I thought they met my aesthetic and quality standard so that’s why they’re on the bike.

The other decals you see on the bike which were not part of the Livery Kit are the number 46 on the windscreen and other assorted decals on the white bodywork towards the rear of the bike, the rear seat cowl and under the seat area. (No, that’s not a genuine OHLINS shock. Only the decal is genuine) All are high quality die-cut and replicate with accuracy of what was plastered all over Valentino Rossi’s bikes during the 2007/2008 MotoGP seasons.
When Indianapolis Motor Speedway hosted the MotoGP races, I had the good fortune of first meeting Valentino Rossi in 2010 (and three times after) and he personally signed the seat cowl. I don’t have it installed on the bike. I’ve always kept it off. Safely protected of course. 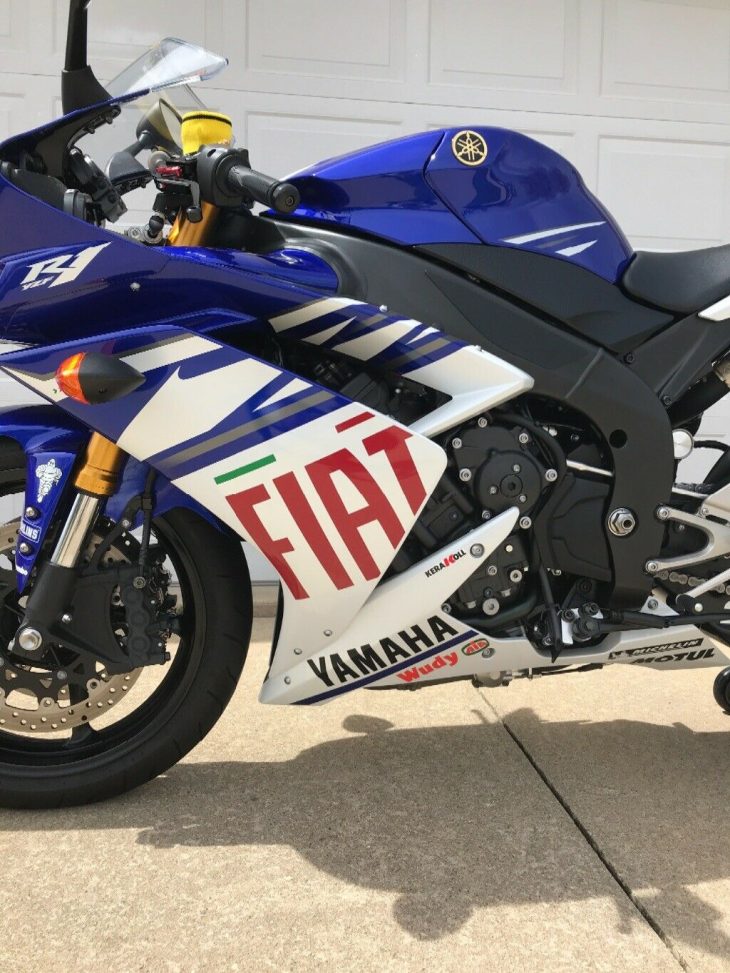 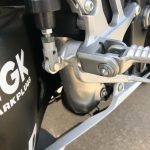 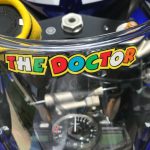 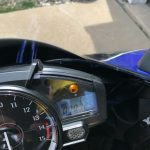 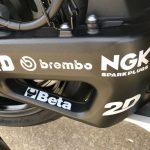 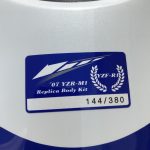 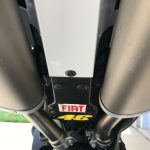 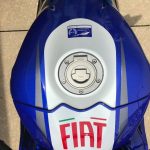 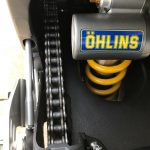 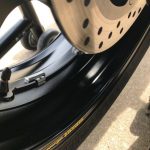 Ten years on from the original R1, the oughties update had a host of improvements, and the bike got good reviews for it’s roadability.  The compact cockpit pleases smaller riders and the suspension isn’t too brutal.  Power delivery is slow starting but comes on strong above 8,000 rpm.  Number 46 went on to dominate the 2008 season, clinching the championship three races before the end of the season.  Collectible as it is, a ride would be hard to resist. 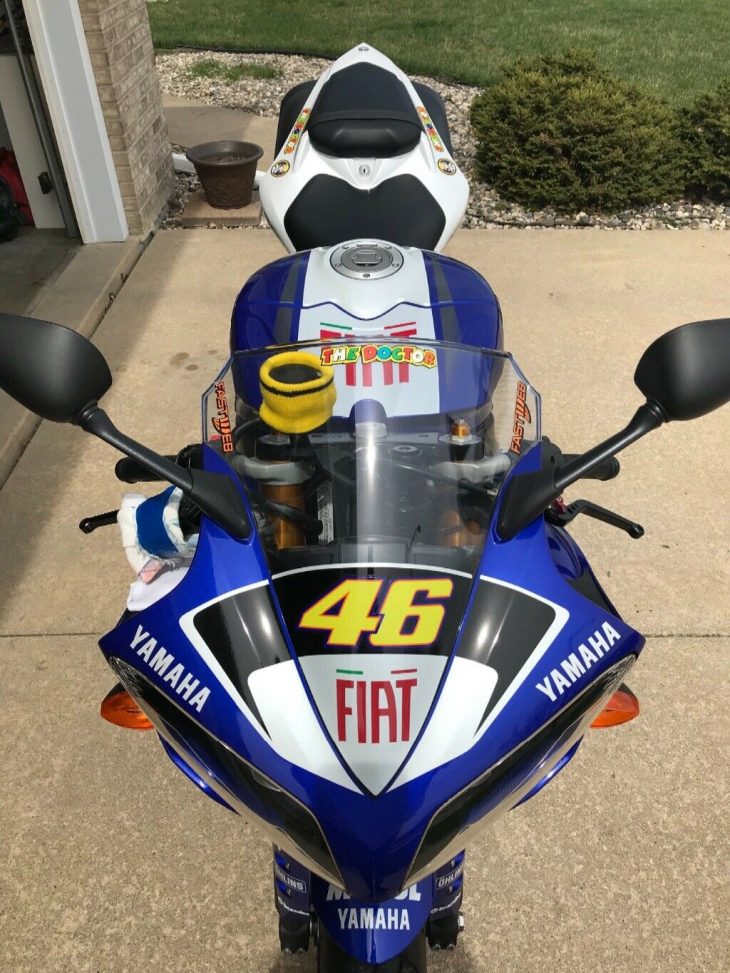