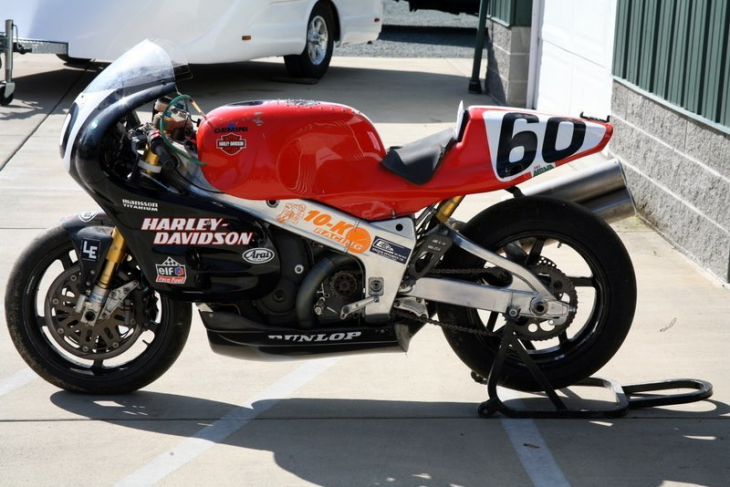 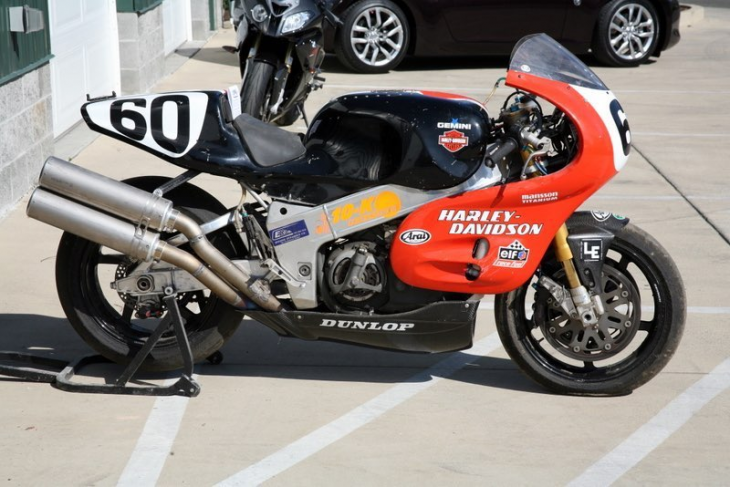 In the late 1980’s, Harley-Davidson was in a bit of a resurgence – bought back from AMF by Willie G. and out of the motorhome business, the company had recently introduced the softtail chassis and was concentrating on its core market, the big-displacement twin, retro-styled cruiser.  Their long competition history gave headquarters the notion to develop a factory superbike to fly the flag on the AMA circuit.  The VR1000 project was an astonishing string of achievements, but stretched over too many years, leaving a hand full of racebikes and fifty homologation specials as its legacy. 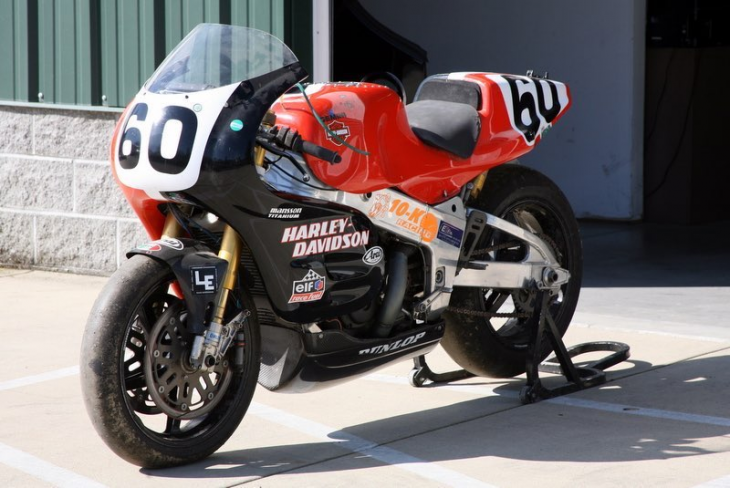 Most of Harley’s racing success had come at long dirt ovals, on machines developed from production models.  The VR1000 stepped into new territories of AMA Superbike racing, bespoke racebike development, and use of engineering contractors, all at the same time.  With a 1000 cc 60-degree bottom end designed, the company hired the expert who had worked on the engine at Roush Racing to complete development of the 4-cam heads, and the bike had about 150 hp on tap when it took the grid at Daytona in 1994.  The massive aluminum perimeter frame held Penske suspension and Wilwood brakes, and handled well for Miguel DuHamel before an engine failure early on.  Fits and starts dogged the effort, and though the bike was in the top five often in 1996 and on the podium once, the factory reduced support to the teams in 1997, and ended the effort in 2001. 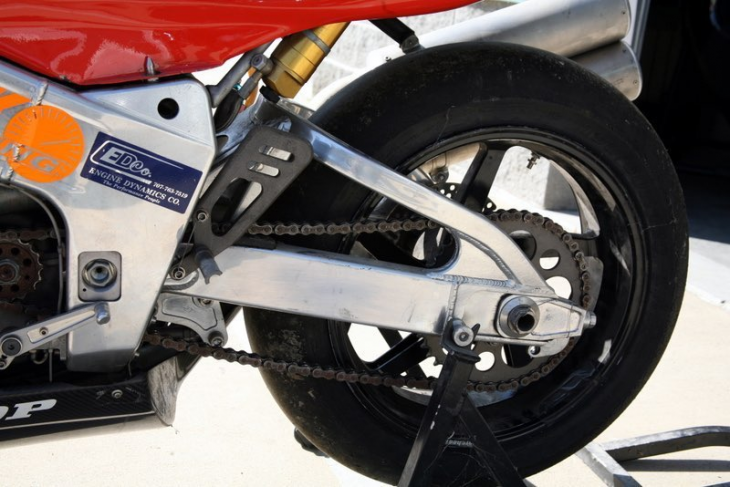 On consignment at Automania in Oregon, the #60 race machine was campaigned by Mike Canepa and 10-K Racing in 1996-97.  Automania has a comprehensive history of the bike, and the package includes plenty spares to return the bike to the vintage racing circuit, even a spare chassis and zero-time engine.  Here is a short excerpt from Automania’s outstanding history:

Mike had 3 race prepped bikes that were ridden by both riders. The last time #60 was raced was at Sears which won the Sound of Thunder race in 1997. Along the way, the factory rebuilt the engines and updated everything except the frame and cases. The oil pump was changed, cams, pistons, rods, a 6 speed Gear box, anything the factory built Mike had within a week while Harley was involved. In 1996, Harley gave Mike an extra chassis (included with the sale) which had been raced the previous season by Chris Carr, the one that he won the pole at Pomona with. When Harley closed up shop, they offered Mike the last reiteration of the engine which has not been run and all of the latest electronics, factory quick shifter, the factory built the engine in bike along with the engine on the stand included with the bike.

The bikes have all factory race stuff. This bike has a carbon carbon AP Slipper Clutch. There is another slipper clutch in the spares. The carbon slipper clutch was one of the best slipper clutches ever at cost of $10,000 each. It has PI System 3 Plus acquisition system, same as the factory bikes. Mike told me he bought every update the factory had during his time running his team. The lower cam drive has been changed to a gear drive. The bike has the AP rotors. The rear sub frame and front sub frame are new for 97. Body work is from the original to the last version, all made by Gemini. The last set is Carbon Fiber and has not been drilled or painted. It has a Penske shock installed but a FOX shock is included as a spare. 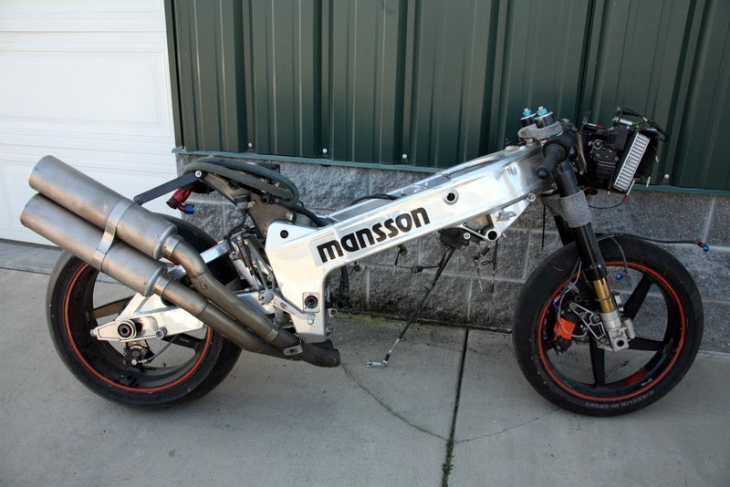 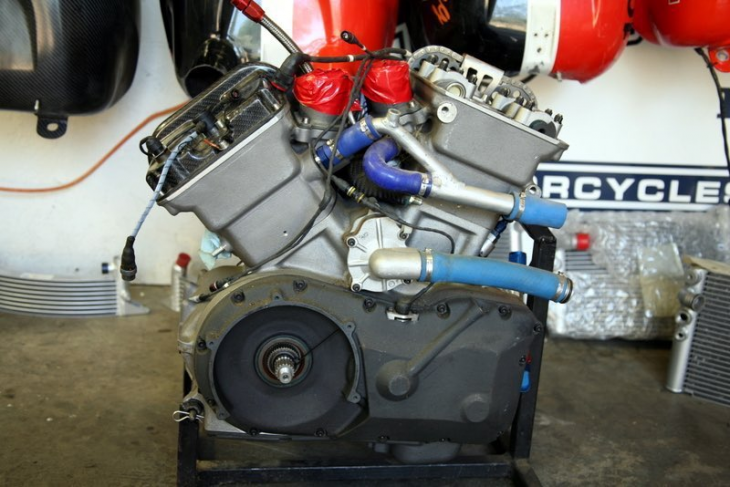 The story might have been much different if development had stayed on schedule and the VR1000 had taken the Daytona grid in 1991, but the delay allowed the other factories’ more dedicated efforts to eclipse Harley’s gains.  As an epilogue, the company retained the engineering done for the water-cooled 60-degree 1000, and after some massage by Porsche, used the engine as the base of their very successful V-Rod and pro-stock drag racing team.  In that light, the amazing VR1000 and its race development live on. 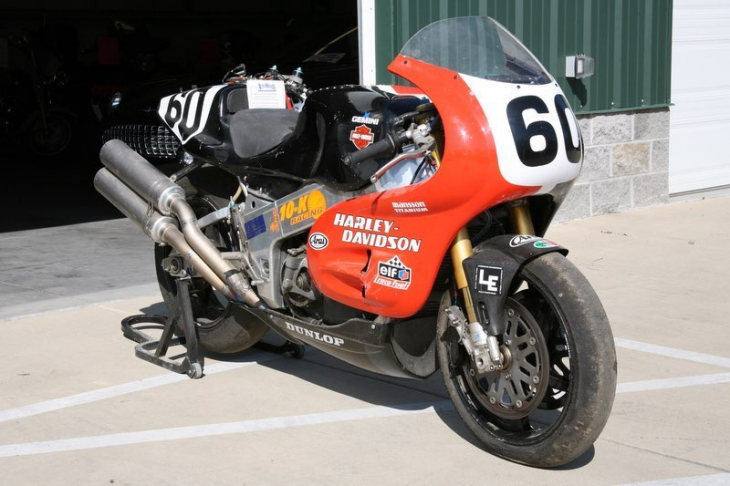 Complete details and pictures can be found on the Automania website.