Sold for $8,600. Congratulations to buyer and seller! -dc 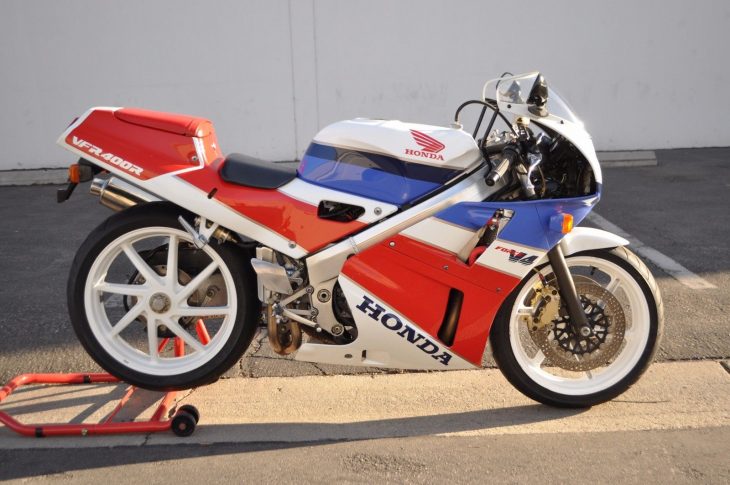 Since they were never offered stateside, the smaller V-4’s have an undeniable cachet as well as sparkling performance and appearance.  The VFR400R looks for all the world like its 750cc brother and can just about keep up until a long straightaway.  On a no-reserve auction, this NC30 has been carefully refurbished and sports a spare set of bodywork and Ohio registration. 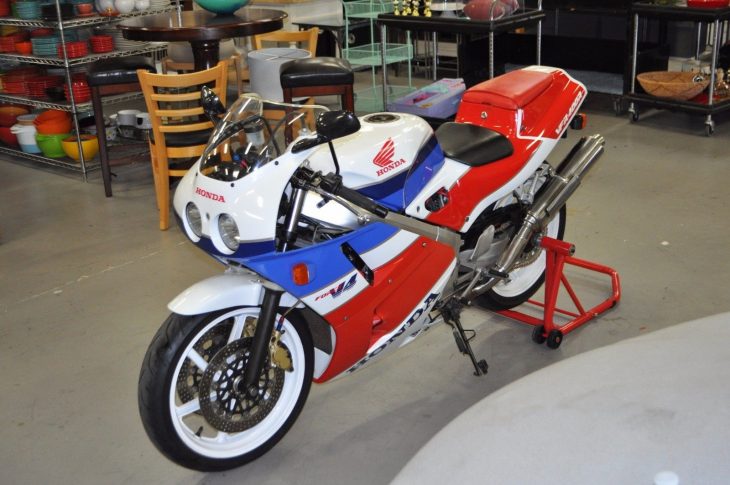 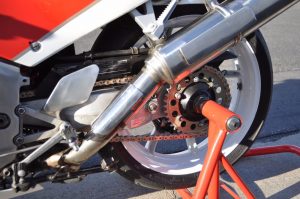 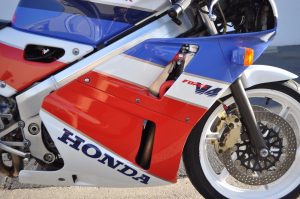 Though it uses a similar 399cc four-valve V-4 to previous generations, the NC30’s used 180-degree crank timing, resulting in a “big-bang” sound and torquier power delivery.  The later VFR40oR’s also moved the exhaust to the left side of the bike, showing off the 18-inch alloy rim with the single-sided swingarm on the opposite side.  Equipped to have aspirations, the NC30 had a 6-speed transmission, triple disk brakes and 41mm forks.  Though the factory color schemes generally revolved around racing red, the aftermarket has specialized in replica race liveries. 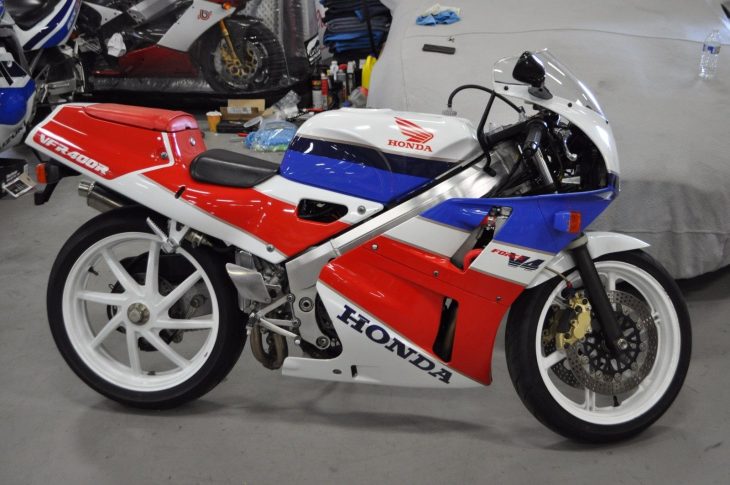 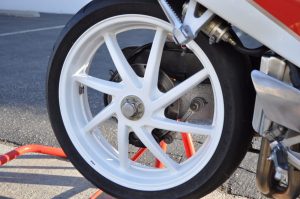 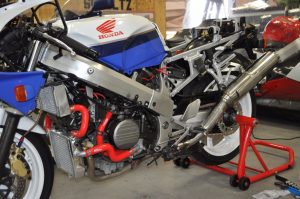 The California owner has gone over his NC30, and paid particular attention to the brakes, cooling system, and component corrosion, a common malady on gray-market machines.  He provides a comprehensive list in the eBay auction: 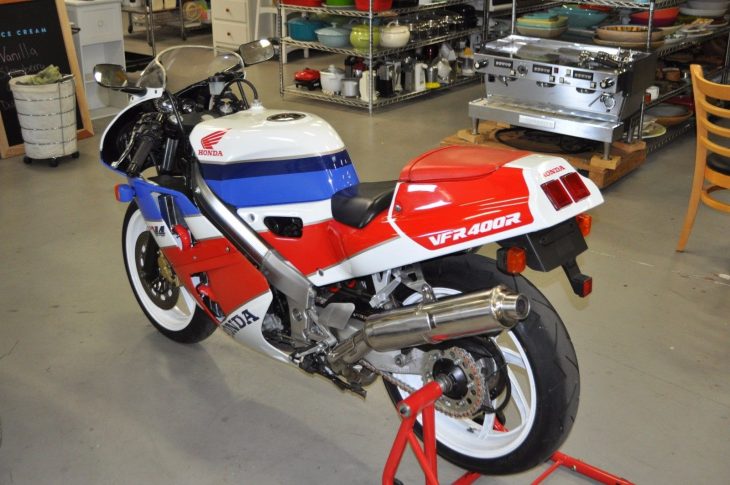 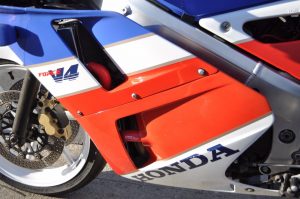 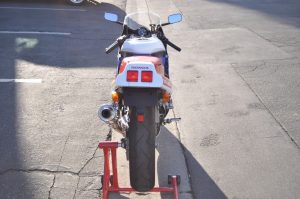 The owner wanted the body to be as nice as the mechanicals, and purchased a Repsol replica fairing set.  Most of the way through fitment, he caught another project and decided to put this one up for sale with the original Honda fairings, and includes the Repsol as a spare including a fuel tank in factory paint. 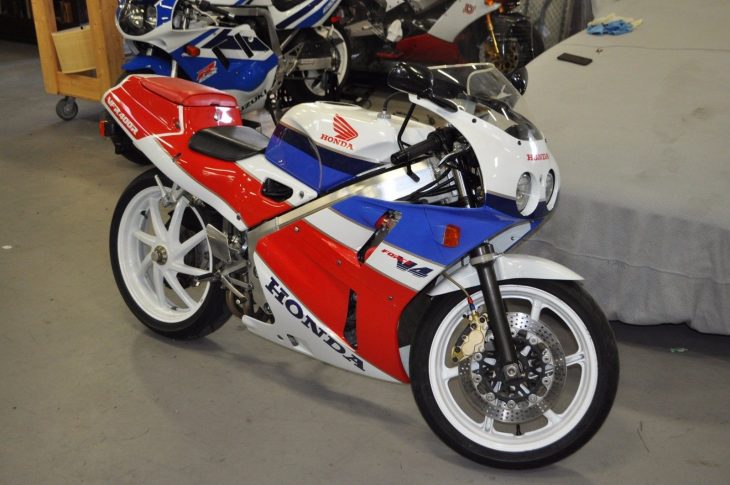 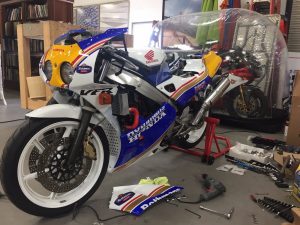 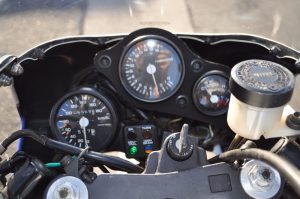 October being the time for gutsy baseball, this NC30 is shown in various degrees of undress, and the auction is without reserve.  Someone will be riding this VFR400R home, as auctioneers used to say, and it is a great year.  Reviewed as the easiest of the 400cc group to ride fast, but a tad softly sprung, slightly under-braked, maybe a skwosh overweight.  The owner also has a work-around for California registration, which might make it do-able if that’s a requirement.  Considering the low miles and new parts, this NC30 seems worth keeping a close eye on…