Laverda introduced a three-cylinder engine based on their air-cooled 750 in 1973, and refined the concept for the 1976 Jota.  An exotic superbike, the Jota was for a time the fastest production motorcycle, and was a major presence on the European endurance racing calendar.  Ongoing improvements made the 80’s Jotas smoother and more reliable.  This recent import from Italy pushes all the right buttons. 1982 Laverda Jota for sale on eBay 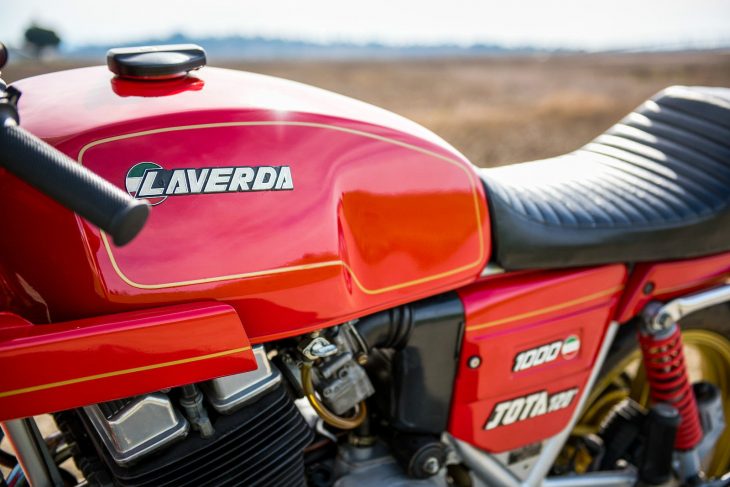 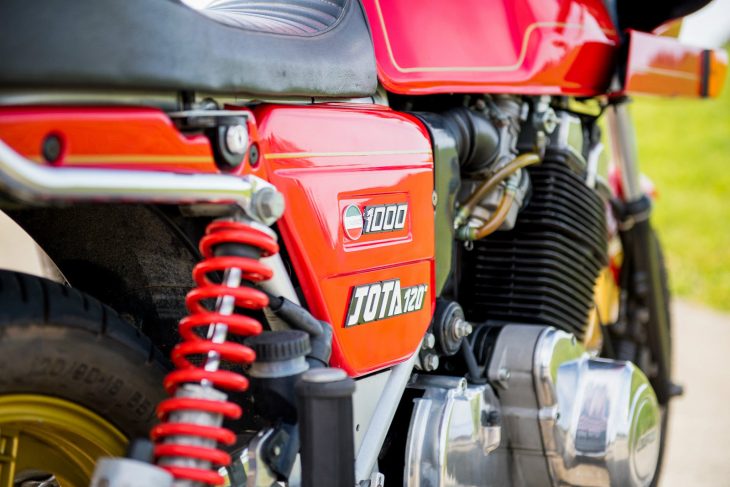 After making their triple with 180-degree crankshaft timing for several years, the 1982 model was the first with 120-degree spacing between the crankshaft lobes, and a smoother running engine.  Along with a newly designed head, the triple Dell’Ortos had new mountings to isolate them from the engine heat.  With ongoing ignition and alternator improvements, the bikes were a lot easier to enjoy.  1982 also brought improved Marzocchi suspension, which helped the heavy-steering supersport hold the line once turned in.  Also new was the hydraulically actuated clutch which complemented the Brembo brakes. 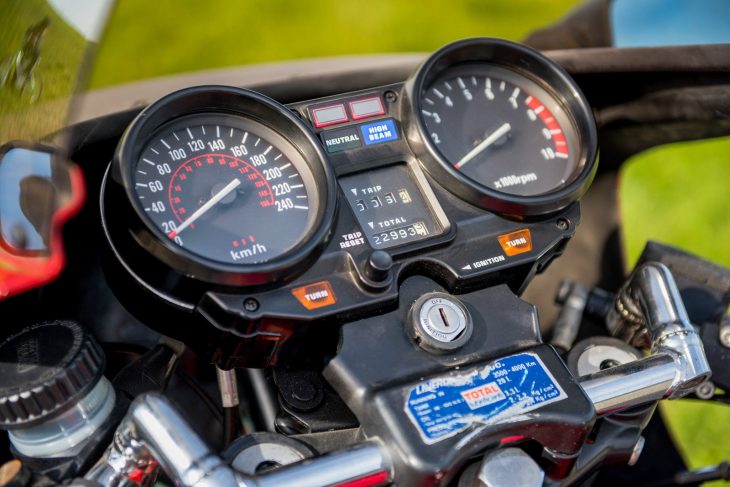 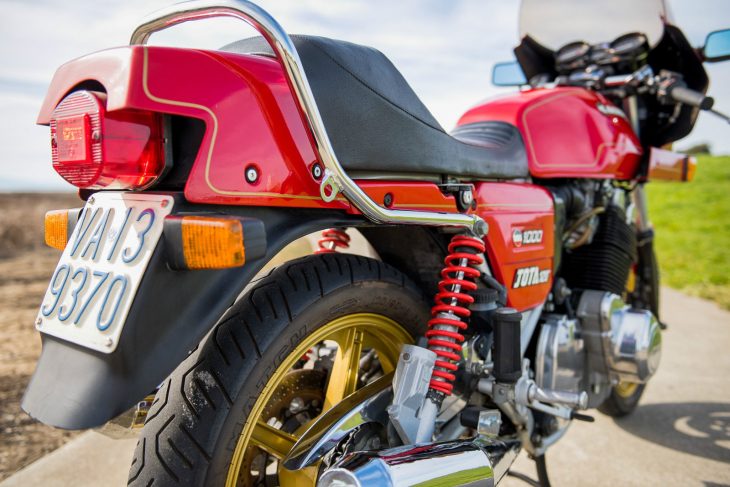 With mileage just under 14,000, this Jota looks great in the company’s favorite paint and boasts California title.  Very original, as the owner says in the eBay auction:

This Euro-Spec Laverda was purchased from a collector in Italy and recently imported to California.

Very low original mileage with only 22K kilometers. (13,670 miles. Bike has odo and speedo in kilometers and kph)

This bike is completely original aside from it getting an original replacement ignition at one point. 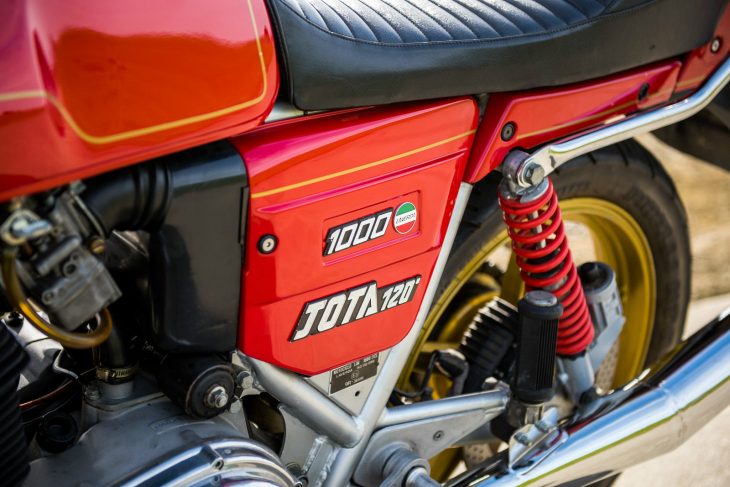 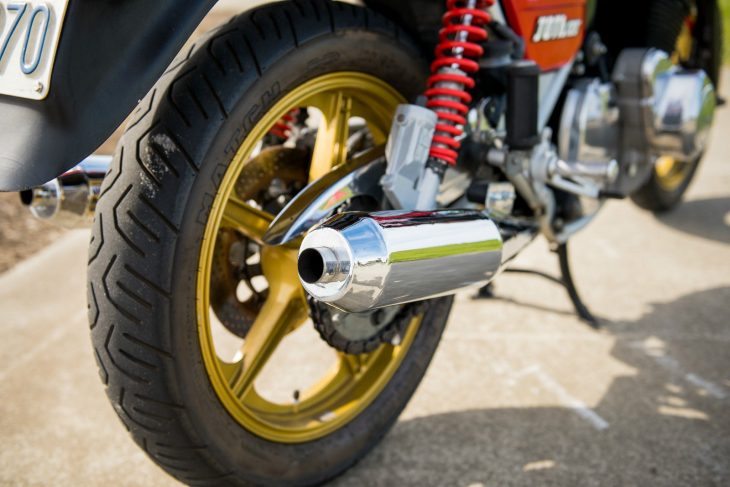 A rare casualty of Piaggio’s consolidation, Laverda’s big supersports couldn’t compete abroad or at home, and the company was subject to a series of re-financing tries until the brand was retired in 2004.  But the brand has instantaneous recognition among riders and their sound still catches the ear, with or without orange paint.  This Jota has momentarily stopped time for those lucky enough to view, and when it rides “like new” for its new owner, they’ll likely experience an interruption in the aging process…