There certainly are not too many of these about.  A 1998 916R which apparently is a Corsa factory bike.  Now that would be tough to believe except this is a FBF bike but for those who know about Eraldo Ferracci and his relationship with Ducati, there would be little doubt that this beauty came from the Corsa part of the factory.  While designated a 916 the engine is actually a 996cc unit which eventually was in all the bikes and they became the 996.  The seller has very little to say about the bike however a look through the pictures and you can see loads of carbon fibre, Ohlins, Brembo monoclocs etc.  I love the picture of the shower injectors, these were designed to supply the engine with fuel in the upper rev ranges in order that it could make the high end power it needed to.  The 916 Corsa was never road legal unlike latter R designated bikes. This bikes had 60mm throttle bodies and made 151bhp at 11,000 rpm straight from the factory, while weighing 155kg (342 lbs) dry.  As for rare, according to Ian Falloon, only 18 of these bikes were made in 1998.  It really is a part of Ducati history. 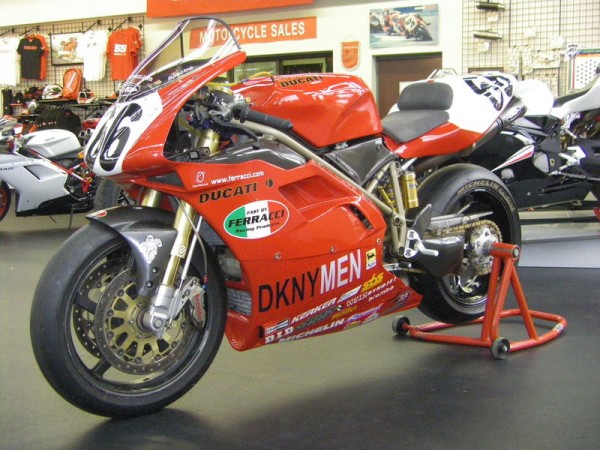 The seller only has a little to say: 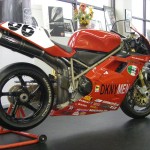 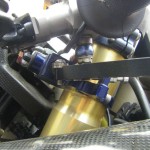 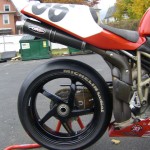 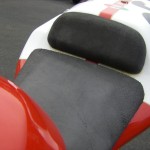 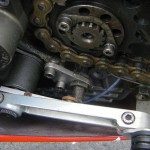 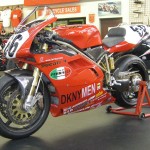 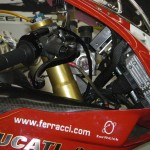 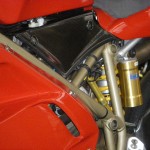 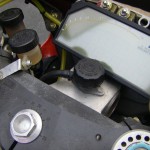 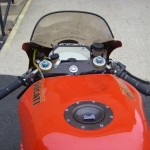 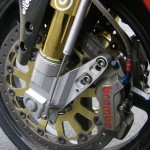 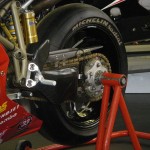 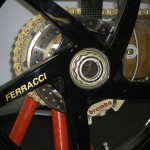 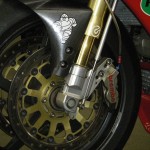 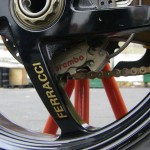 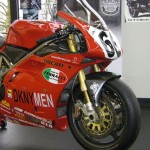 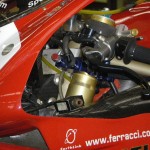 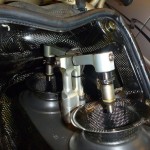 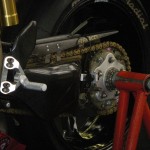 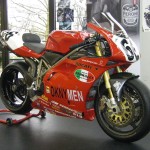 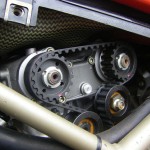 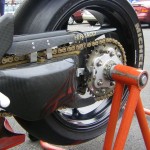 You can see the bike running here and if I am not mistaken the grey haired gentleman is Eraldo himself:

At $28k this is not cheap but compare that to 999R prices.  Ok so this is not road legal but even so what a bike for the money.