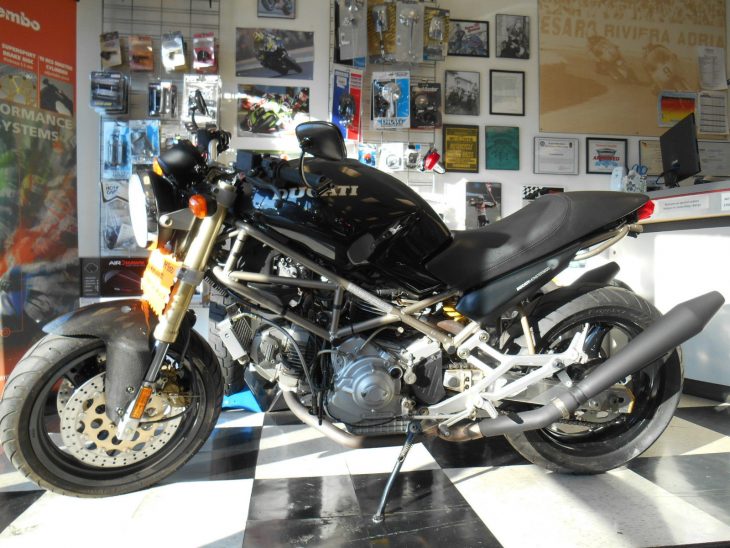 The very definition of an “affordable exotic,” the Ducati Monster M900 was designed from the beginning to be cost-effective: their proven air and oil-cooled two-valve v-twin and six-speed gearbox combo, the frame from the 851 with suspension, wheels and brakes from the 900SS meant everything except the minimal bodywork was off-the-shelf. Originally available in 904cc format, a 750cc version with a wet-clutch and five-speed gearbox was soon added to the lineup, followed by an anemic 600 and then a whole host of other displacements, including the liquid-cooled S4 and superbike-powered S4RS. The 916 may have been an icon of motorcycle design, but Ducati never could have sold enough of them to keep the company in the black and the Monster is the main reason they’re still around today. 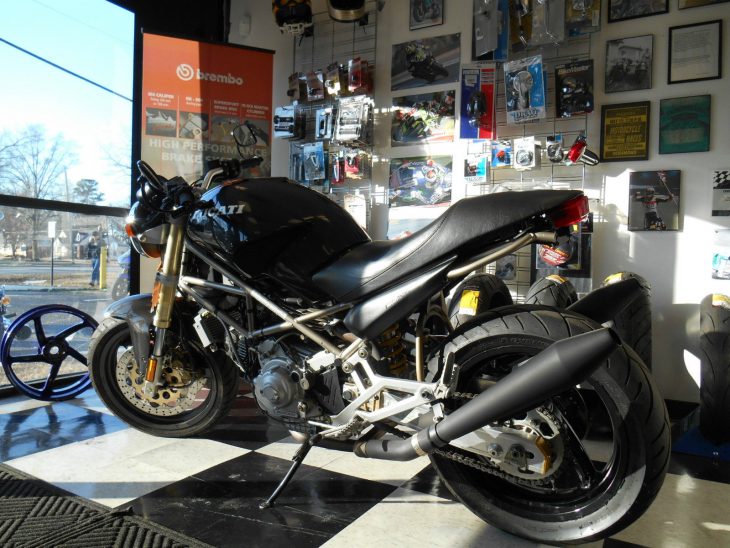 The original bike used fairly crude, non-adjustable Showa or Marzocchi forks and a simple shock out back, and this limits handling if you’re planning to really tear up the back roads. But it’s easy to swap in more sophisticated bits from the later Monster 900S, the SS/SP, or even the entire front end from a 748, and shocks are readily available at a variety of price points. Hey, the 851 shock will fit, if you can find one! Certainly, the engine won’t set the world on fire, but more performance is available there as well, if you’ve got money to burn. But even in stock form, it moves the bike along smartly, considering its relative light weight, and there’s a reason it’s often mentioned as one of the most charismatic motorcycle engines of all time. 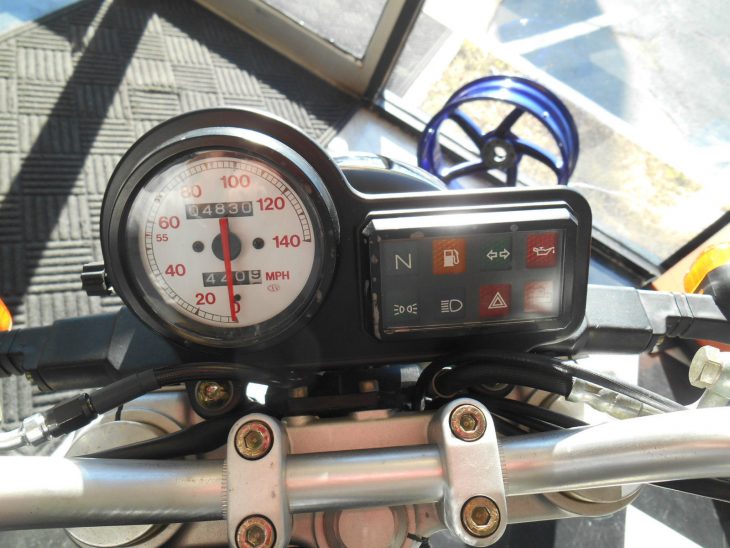 Today’s example is in good condition and has extremely low mileage. It appears to be in stock form, other than the non-original side panels, chopped tail, missing rear fender, and those reverse-cone mufflers. If you don’t like the pipes, you can certainly find stock parts easily enough on eBay, or just get yourself a nice set of aftermarket carbon cans for improved boom and lighter weight. Or buy some of the original cans on the cheap and “core” them for a stock look and a very not-stock sound. The oil-cooler is also mounted at a strange angle, but that should be an easy fix. Note: while I’m a big fan of the tail chop, it does require a couple bits of projecting frame be removed. It’s an aesthetic improvement but once you cut them, you can’t go back.

From the original eBay listing: 1994 Ducati Monster M900 for Sale

I have a 1994 Ducati M900 for sale. Motorcycle has been well maintained with one adult owner. VERY LOW MILES – 4830. This Ducati Monster was originally purchased from Burcham Cycles and serviced at Richmond Superbike. We recently performed a full service including timing belts replaced.  Bike Runs and Sounds Great!!! 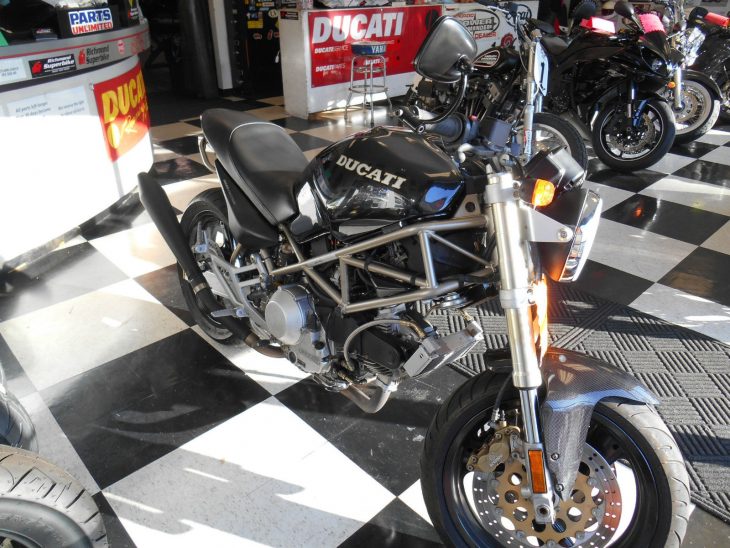 Obviously, Ducati sold a boatload of these: they kept the company afloat through some difficult years. But since they were cheap, many were bought and ridden more than they were cherished and displayed, so it’s pretty hard to find them in good condition these days. Even nice Monsters can be had for very reasonable money: bidding on this one is up to just $3,500 with a couple days left on the auction. Obviously maintenance for a Ducati will cost you more than for other, less exotic motorcycles, but the two-valve Desmodue engine is relatively simple to work on, parts are reasonable, and the bike is surprisingly reliable, although electrics can reportedly be troublesome on some examples. Italian bikes and cars seem to suffer when they sit still, so my advice? Buy this budget exotic and ride it. 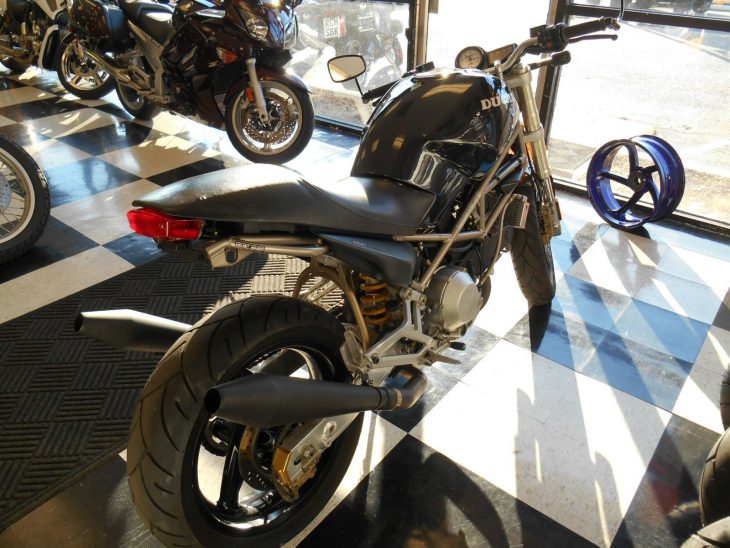