As Rare As They Come: 2002 Moto Guzzi GHEZZI-BRIAN FOLGORE 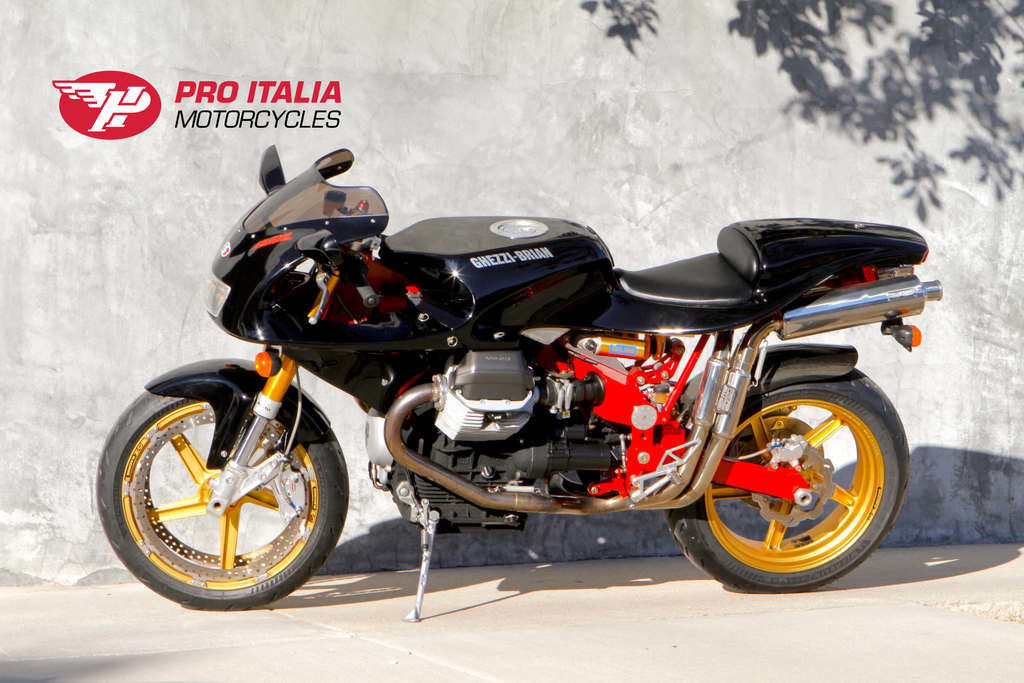 Ghezzi-Brian is on of those amazing motorcycle stories that combines engineering ambition and raw talent into a winning product.  Always on the cutting edge and pushing the boundaries, the company started with a simple goal, to win races.  In 1996 they won enough to claim the Italian SuperTwin Championship.  In 1998 they started selling everything from components to fully built bikes to anyone that wanted to ride the ultimate Moto Guzzi powered motorcycle.  The efforts of Ghezzi-Brian lead to the birth of what many see as one of the most desirable Italian bikes, the Moto Guzzi MGS-01.  The company is still very active and continues to push what is possible out of these wonderful machines.

The example today is claimed to be one of 2 Folgore in the United States.  Other sources have made a similar claim, and some digging around for past listings has not turned up any other examples.  The Folgore featured some lighter wheels and other small but meaningful improvements on an already exotic motorcycle.  Some of the best braking and suspension components were used to ensure this package lived up to the expectations of offering extreme performance on the road and track.  Overall the bike weighs 55 pounds less then the V11 that donated it’s engine. 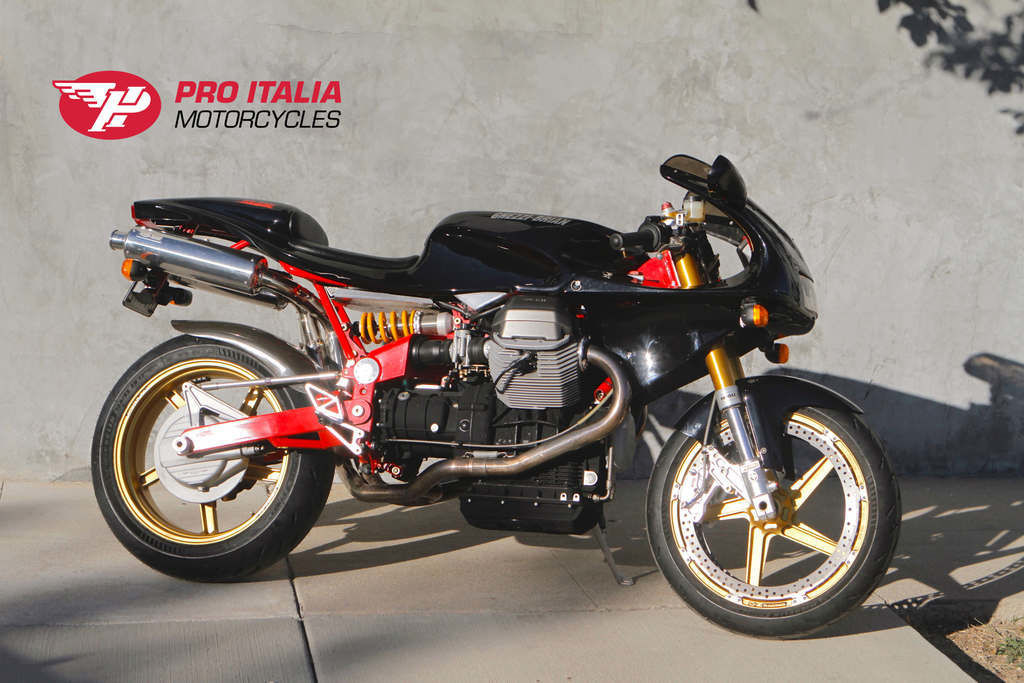 OZ magnesium wheels with perimeter brakes, Ohlins shock, Bitubo exhaust.  Stock MG V11 engine and 5 speed gearbox means its reliable and easy to service. CA title. ” The Super Twin is built around an air-cooled 1,064cc V-twin from the V11 Sport that’s had its flywheel balanced, and a new full exhaust added. The 87hp mill acts as a stressed member of the mono-beam chassis that houses the airbox and oil-tank. Connected to the race-developed frame are adjustable 41mm inverted Paioli forks up front and an Ohlins (or Bitubo according to some sources) monoshock. The race-replica’s giant 420mm perimeter discs — which are attached to the rim and not the hub — and dual-piston calipers help slow the 427lb (dry) machine — 55lbs less than the unfaired V11 Sport — from its claimed 140mph top-speed.” Google it for more details. Very unique. 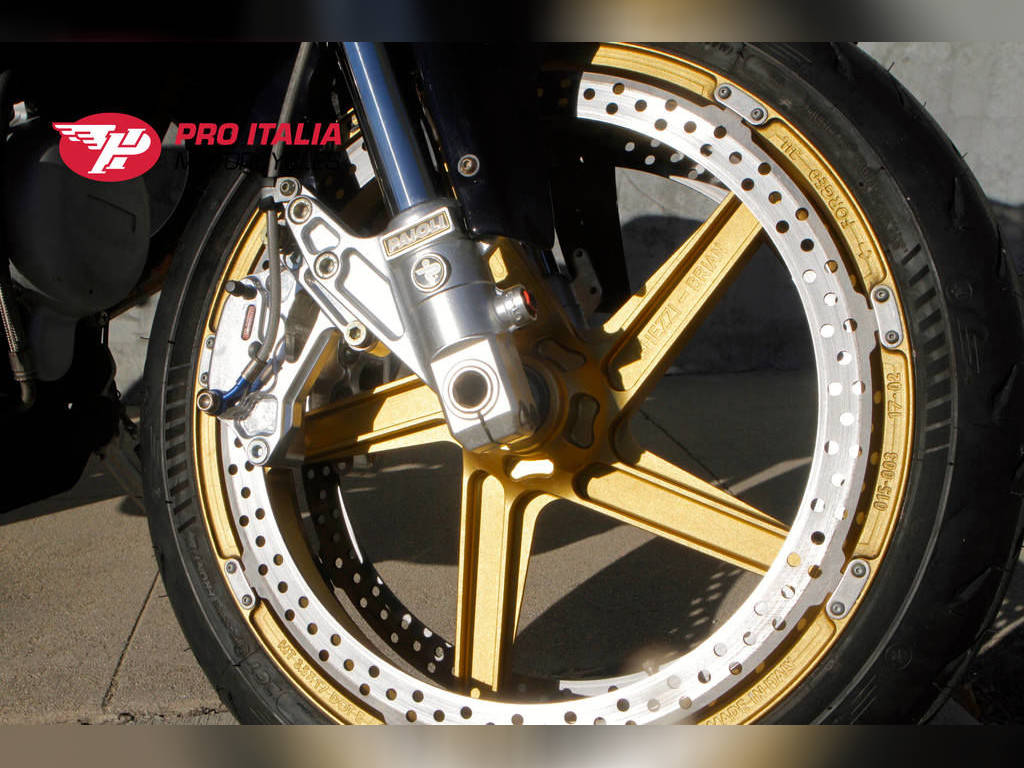 When most think of perimeter brake rotors, they think of Buell, but Ghezzi explored the concept for a while as well.  Shock arrangement and frame design are also rather unique and really tell a story of unbridled engineering.  There is a sense that these were never meant for mass production or to suit a well rounded owner, these are focused and purpose built.  What makes this proposition even more appealing is the relatively low service costs.  This is now powered by some MotoGP race engine that needs pistons every other oil change.  The V11 Moto Guzzi engine is know for being reliable and easy to work on.

The bike is being offered by Pro Italia for $29,999.  Data is almost nonexistent for pricing, and while that sum is not insignificant a buyer would struggle to find a rarer or more interesting Italian exotic for that price point.   With something this rare it is hard to imagine another chance to add something like this to a collection, but if the opportunity passes there is always some of the original press documentation we could sit, read and enjoy. 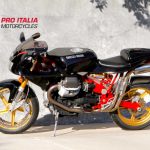 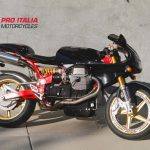 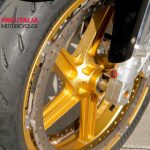 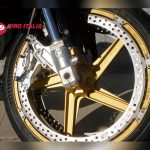 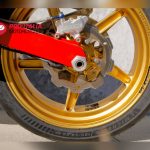 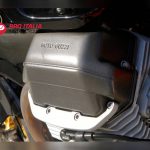 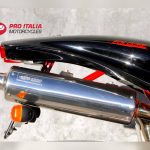 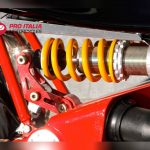