For a model that was in production for just four years, the 916 casts a long shadow on the street and track.  Today’s 916 has been in the same family since new, but amassed barely 7K miles in 25 years. 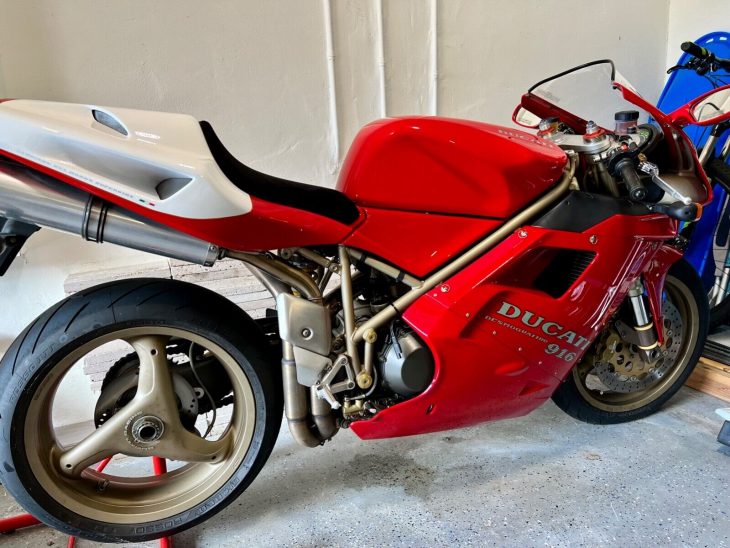 Luck was on the 916’s side when engineer Massimo Bordi and designer Massimo Tamburini agreed to the project.  The now-classic L-twin was an evolution of the four-valve 888 engine, and used Weber fuel injection to develop 114 hp.  The lightweight steel trellis held fully adjustable Showa forks and monoshock, with a separate seat subframe.  Racy touches like underseat exhaust made the tach almost redundant, and the single-sided swingarm was built for quick wheel changes.  The unmistakable knife-edged fairing held dual headlights, and got the oncoming air started around the clip-ons and over the rider. Evidently in Florida since new, this 916 seems very good, with a fairly significant crack near the left headlight and a broken fairing mount on the right lower.  Looks quite stock as well, with just the license plate mount looking like a cut down Euro part.  Lots of relatively recent service work, though it sounds like a new set of coolant hoses is in order. Serious bidders might want to start a conversation about that set of factory fairings. Notes from the eBay auction –

Always been in Florida, only 7,136 miles, major service in 2018 with 6,812 miles, by Ducati dealer in Pompano Beach Florida – over $4k in service, including new Pirelli Diablo Rosso III front and back.

Motorcycle always kept in a temperature controlled garage. Original fairing in super very good condition, has some small cracks in the belly and in one side of the bike due to age. The bike came with the additional biposto seat brand new in box (never used), also selling the motorcycle with an optional aftermarket BRAND NEW red fairing. 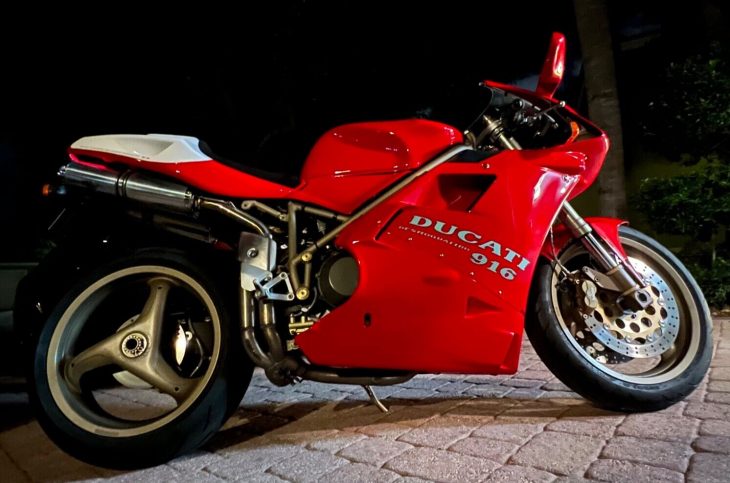 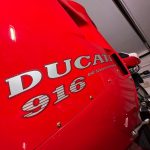 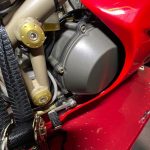 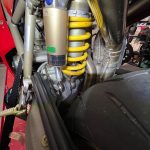 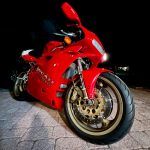 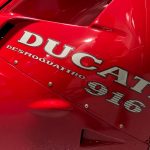 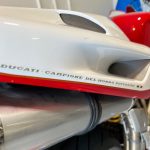 Success followed the 916 to the racetrack, where Carl Fogarty won three superbike world championships on his 916, Troy Corser won one and the follow-on 996 won two.  On the road, the cooling system required some extra attention, but not if the velocity could be kept up.  Highway speeds or better helped the rider unweight their wrists as well.  Recent sales indicate low-to-mid teens for this example, and we’ll be keeping an eye on it.