Shoehorning the 992 cc dual-spark into the popular Monster frame, Ducati lined up the elements of a great naked sportbike.  With air-cooled desmodue, single-sided swingarm, and dual mufflers, the model held down the middle of the showroom between the basic M695 and the radical S4RS Testastretta.  This example has been stored since new, and could continue the beauty contest or be rare stock rider. 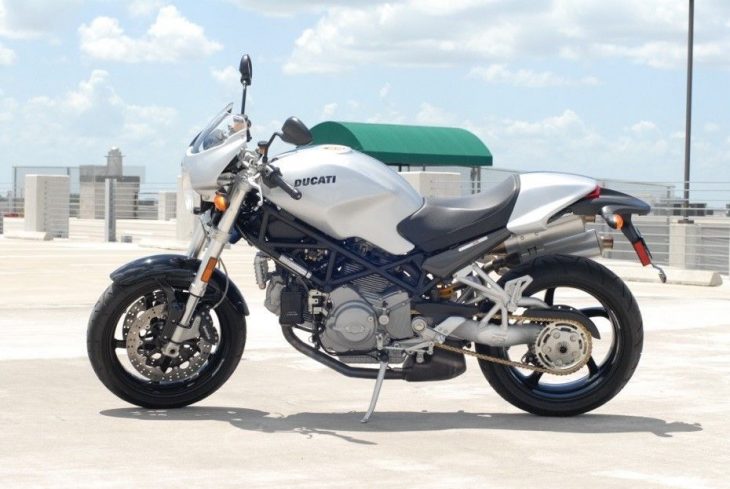 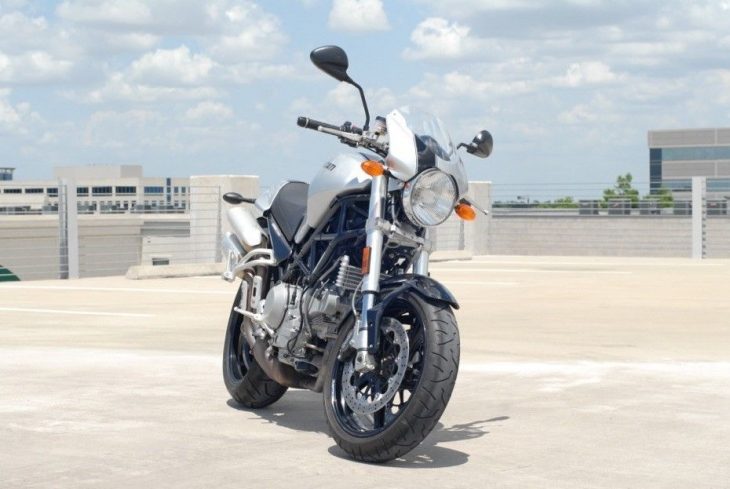 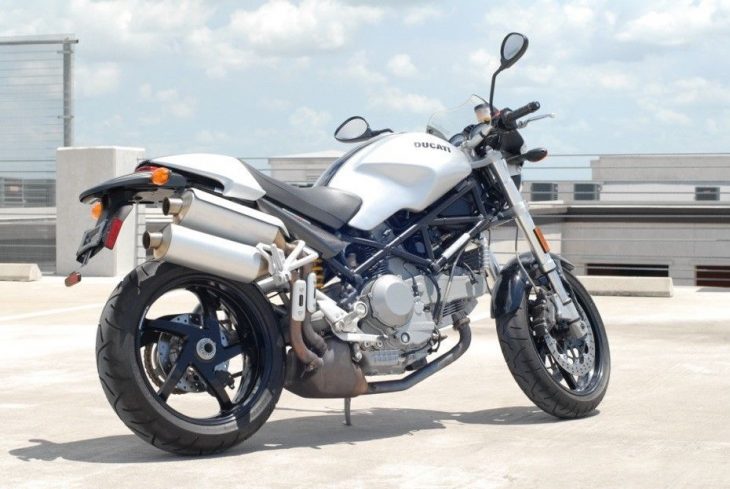 Now nearly halfway back through the long and continuing Monster history, the S2R 1000 has a slightly overstuffed vibe but still supports the original concept.  Nicer components such as adjustable suspension, sculpted trellis swingarm, oil cooler, and Marchesini alloys set the scene.  The reliable 1000 DS lump has scores of internal improvements and was found at the top of the range in Ducati’s SuperSport and MultiStrada line-ups.  And of course with the Monster it’s all on display. 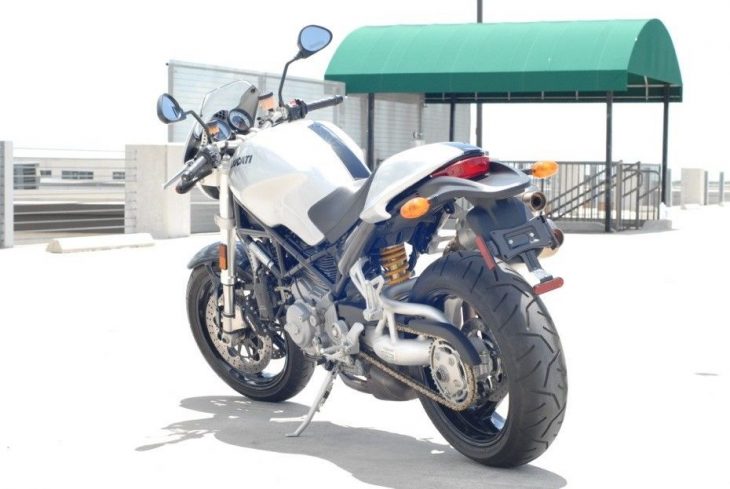 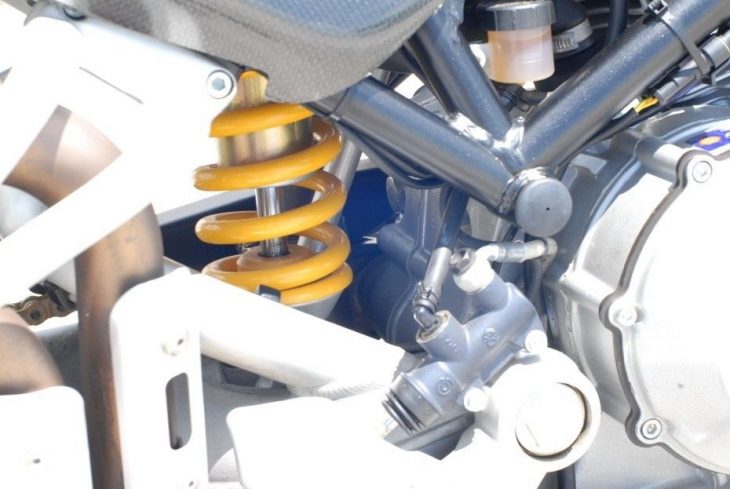 A display bike since new, this Monster has only 21 miles for its ten years, bone stock and virtually showroom.  From the eBay auction:

The back story:  This motorcycle along with a second unit where purchased by the Massachusetts Institute of Technology (MIT) on a research grant testing electric drive systems.  The first bike was the primary, and used for testing of the drive system.  This bike was the back up and went literally untouched.  Upon completion of the research grant both bikes where offered for sale which is how I got a hold of this rare find.  I’ve had the bike for almost 7 years.  Being my second bike I elected to keep it as a display piece.  I have relocated to Houston from New England and no longer have the space to store the bike. 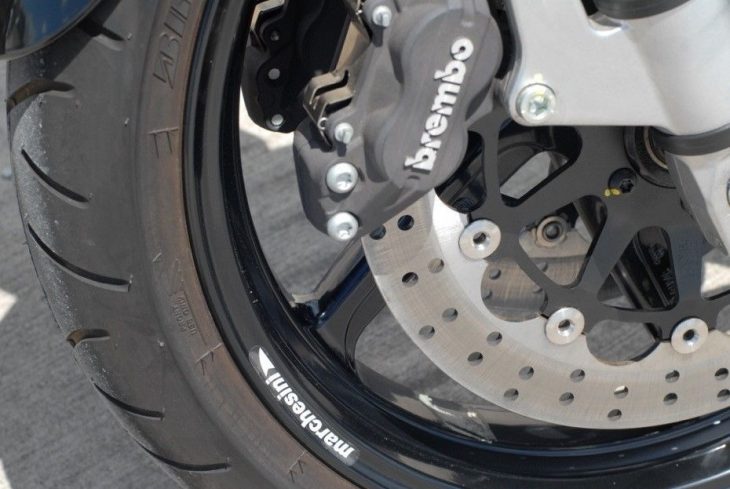 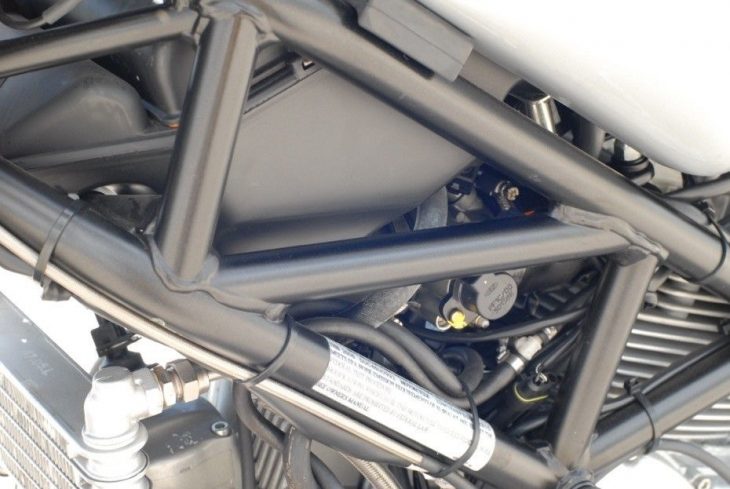 Quick on its feet around town, the Monster can be a challenge on the slab with just its headlight fairing.  The S2R has a few carbon accents, but the black belt covers, exposed fuel vapor system and Euro-3 catalyst are waiting for the customizer’s credit card.  Rather more rare than smaller top-selling Monster, this would be a  great platform for a caught-in-time retro, or for a fan, maybe it’s the one that got away… 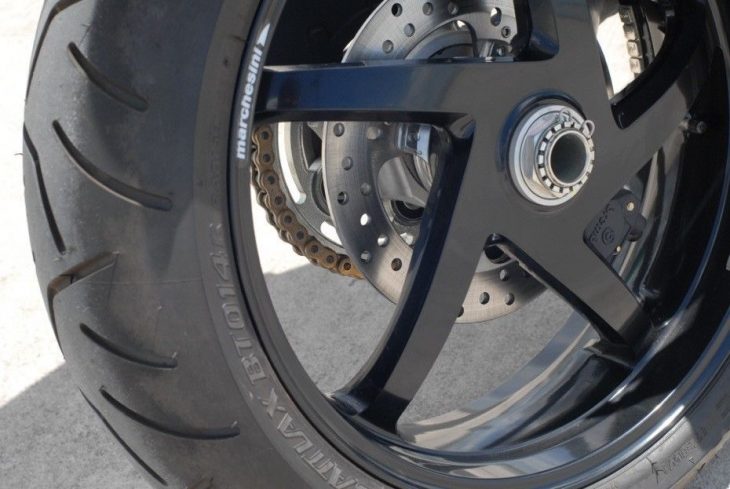