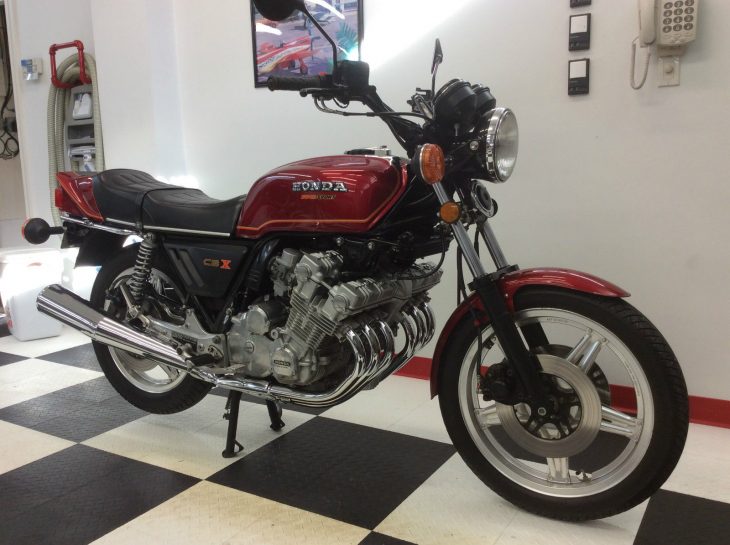 In the world of bike porn, there are many shapes and sizes. And while most lust-worthy machines are built from the ground up to become a whole – frame, suspension, motor, bodywork – the outrageous, plus sized Honda CBX seems to be a machine totally built around the motor. The first gen CBX made no bones about what made it special – it was a naked bike showing off its wares to the world. Born from the engineering might of Honda during a time of great experimentation, this inline six-cylinder with DOHC and four valves per cylinder pumped out an impressive 105 brake horsepower. And while the motor looks impossibly wide when viewed from the front, Honda spent considerable effort to reduce the flare at the bottom end, stacking ancillaries such as the alternator behind the block. 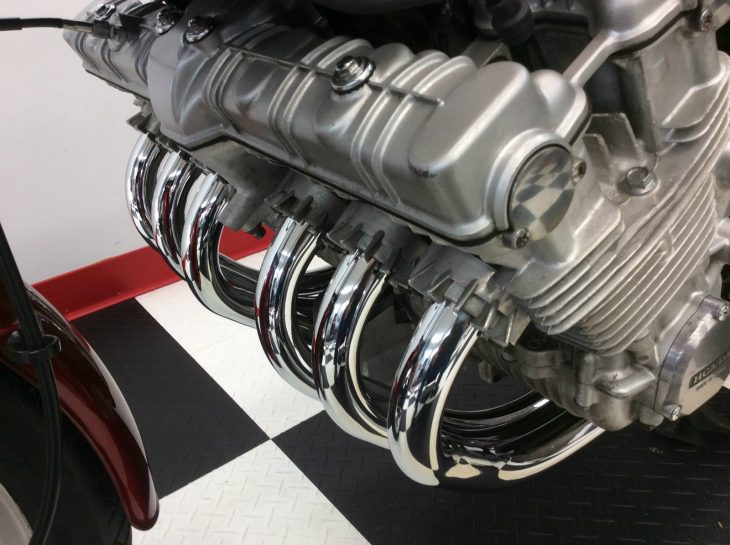 The CBX debuted in the latter part of 1978 and were badged as 1979 models. The first generation bikes actually developed more outright HP than the follow on models, although the later years did have overall improvements in torque and general responsiveness. Sold alongside the CB900F, the CBX was a bigger, badder and far more expensive machine. And while CBX sales were far better than other “experimental” bikes of the time (think the CX-series Turbos), it was handily outsold by the cheaper 900F. 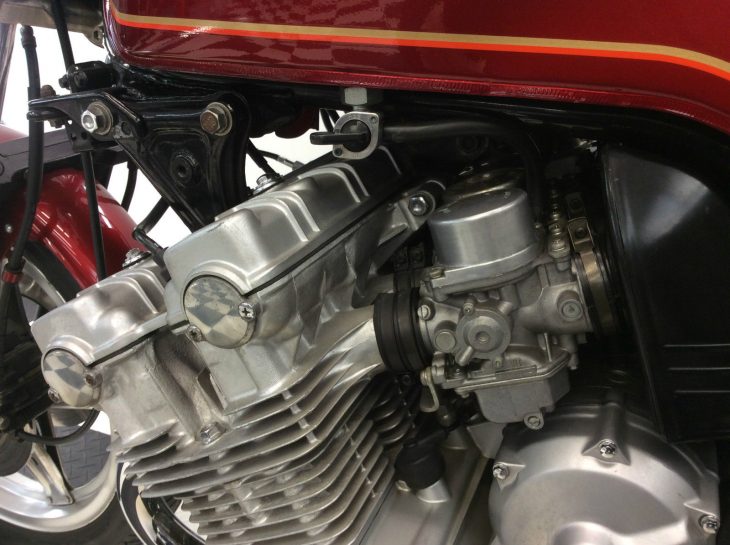 The seller’s text goes a long way to describing the CBX history, variances and qualities:

From the seller:
Introduced in 1978 as a 1979 model, the Honda CBX topped its competitors with a 6-cylinder dual overhead camshaft engine; however, it was not the first inline 6-cylinder from the Japanese-motorcycle titan. Honda developed a series of sophisticated multi-piston 4-stroke Grand Prix-racing entries culminating in the RC165 and RC166 250cc inline 6-cylinder machines. The engine was successful in 1966 and 1967, and was the precursor to the CBX. The fact the CBX engine has its roots in Grand Prix racing is not coincidental. Engineer Shoichiro Irimajiri developed the 6-cylinder Grand Prix engine and led the team behind the CBX powerplant. Six cylinders, 24 valves and chain-driven dual overhead camshafts help the 1,000cc Honda engine crank out 105 horsepower. Six Mikuni carburetors with an integral accelerator pump deliver the right combination of fuel and air into the cylinders. The CBX engine is integrated into the frame as a stressed member, and the absence of conventional downtubes makes for a clear display of all six cylinders and the exhaust. Honda pushed into the future with bold styling and innovative features on the Super Sport CBX. The sculpted tank blended into CBX-logo side covers and the kicked-up winged tail section looked fast at rest. Lightweight Comstar 5-spoke alloy wheels were equipped with dual front and single rear disc brakes to slow the CBX from velocity. In an effort to improve lagging sales Honda pushed the CBX away from pure sport into a sports touring direction in 1981-82. Full fairings and hard saddlebags position the earlier and more powerful CBX1000 Super Sport into a unique spot in collectible Honda history. This 1979 Honda CBX first and most powerful year of what was then the fastest production motorcycle in the world. This bike will thrill you with its smooth idle and fantastic power and the sound is unmistakable, go for a ride or just add to your collection. 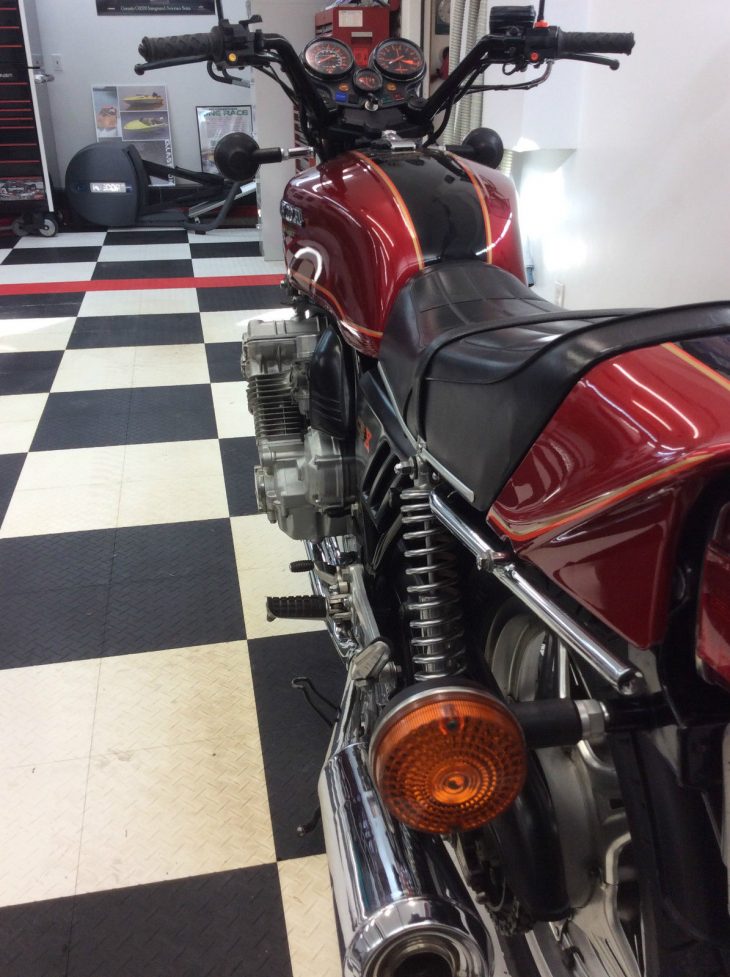 While Honda did race six-cylinder machines in the 1960s, this was their first jump into sixes for the street. However they were not alone: Benelli had already come (and gone) with the Sei models, and Kawasaki was soon to follow with their excellent KZ1300 liquid cooled example. And while Kawasaki transitioned their naked bike into a full-blown touring bike, Honda elected to evolve the CBX into a sport tourer. They would re-enter the six-cylinder world with the dominating Gold Wing touring RV, but chose to drop the inline arrangement in favor of a boxer layout. Most recently BMW introduced the K1600, an inline six more narrow than some fours. 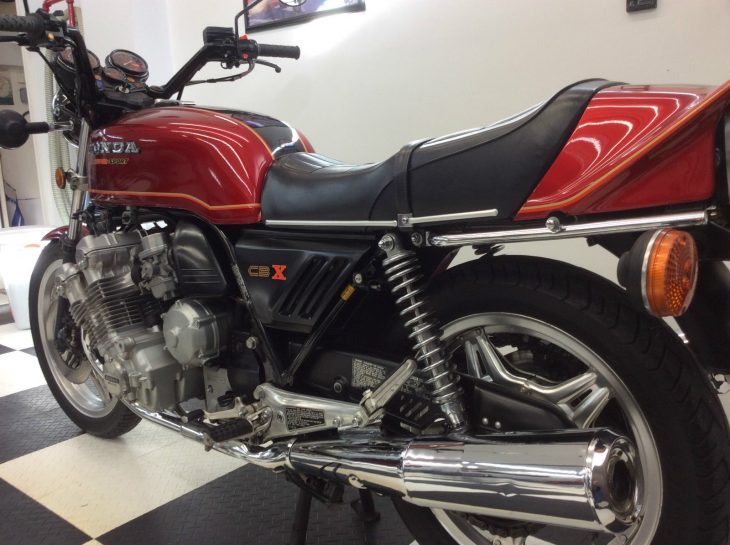 The CBX line has always been a visceral affair. These bikes have serious presence, amazing sound, and actually function as a terrific day-to-day rider. Being a Honda, they are well built and surprisingly reliable. Parts are still available for the model, making it an excellent collector choice. Prices have been on the rise with these machines – especially the earliest models – but nothing compared to an RC30, RG500 Gamma or D16RR. Interest in this particular bike is solid, with bidding up to $7,700 with reserve still in place. I, for one, will be watching this one. This bike is clean and looks very, very original. Check it out here, and then share your six-cylinder thoughts in our Comments section. Is a CBX on your bike porn bucket list? Good Luck! 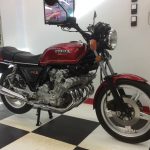 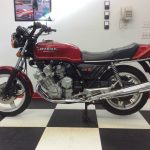 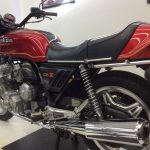 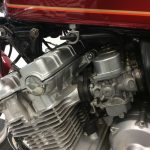 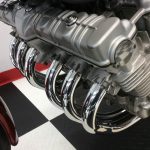 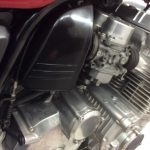 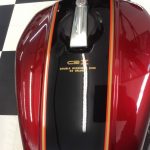 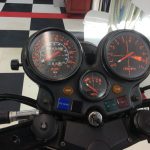 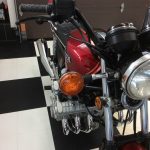 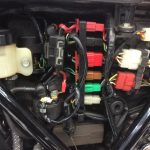 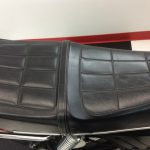