Always dressed in red, Ducat’s 998S Final Edition celebrated the tenth anniversary of the iconic 916 generation.  This very special order waited in its shipping crate until a few years ago, and since its factory road test, hasn’t seen a battery, gas, or oil. 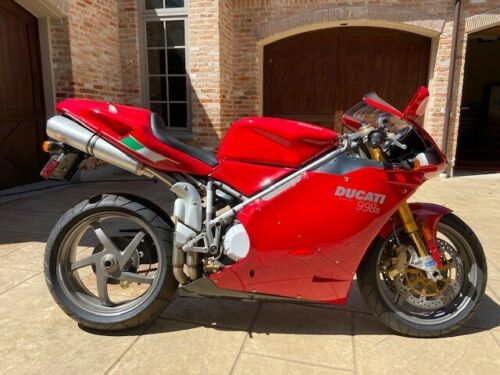 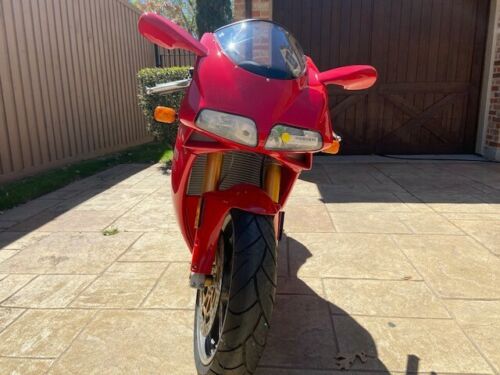 Some specs show the 998S power as 100Kw, a nice round number and 136hp.  The cases were different than a base model, and had a deep oil sump to ensure the pick-up didn’t run dry.  Adjustable Öhlins dampers are all around, with 43mm forks and a progressive rocker arm for the monoshock.  Dry clutch and single seat naturalemente, with 320mm Brembo brakes and 17-inch Marchesini forgings.  The FE’s aren’t numbered but have a Final Edition plaque on the triple tree, right below the temperature gauge, which required some attention since the cooling system hadn’t had a major update to cope with the increased power. 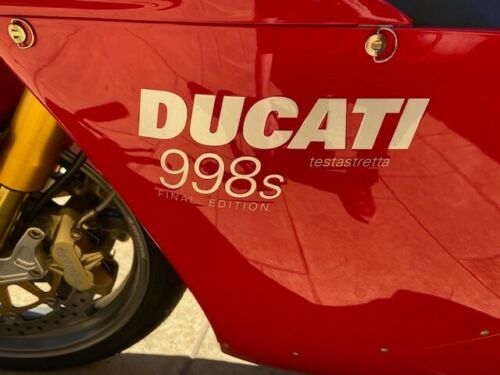 This FE showed the same two miles on RSBFS – back in 2018-, and has had one or two more owners since then, who also ( wisely ) declined to bring it from display to riding duty.  So far all the owners have been collectors, including racing driver Graham Rahal.  The seller’s comments comments from the eBay auction-

Limited production Final Edition model that has reportedly never been ridden. The bike was removed from the factory crate with 2 indicated miles in 2017, when Indy driver Graham Rahal acquired it for his private collection. It has not been started since, or had fuel or a battery put in. Factory equipment includes Ohlins suspension, Brembo brakes, Marchesini wheels, and a graphics package specific to the FE. Power is supplied by a 998cc Testastretta L-twin paired with a 6-speed gearbox, and the original protective film remains on the engine covers and frame. The bike was acquired by a dealer in late 2018 from from Mr. Rahal’s collection.  I purchased the bike in January 2019.  Since I have owned the bike, it has been sitting in my garage as eye candy.

Both factory keys, the original tool pouch, and owner’s manuals are included with the sale. 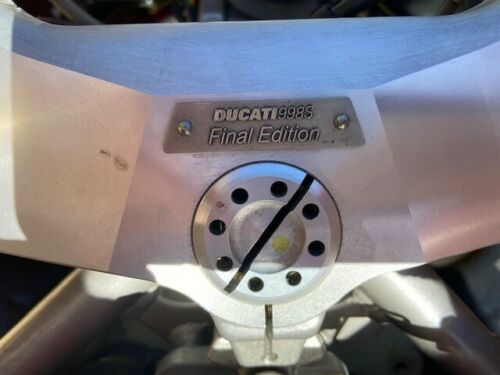 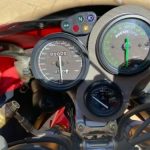 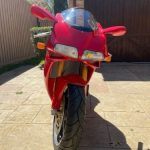 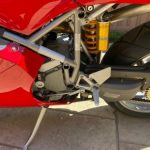 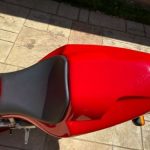 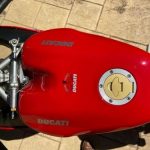 The collector’s realm might be foreign to a weekly rider, not being able to hop on and enjoy.  Could be there are other diversions.  The 998S FE with its angular nose, air intakes, single-sided swingarm, and underseat exhaust might deserve to be saved for a future rider.  Or collector.  Looking forward to hearing from the new owner. 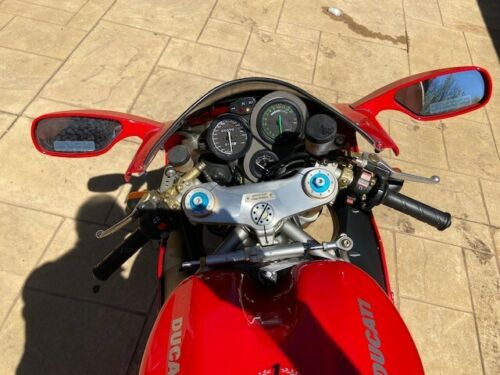