[1.30.2018 – The eBay listing on this nicely-described RZ500 was pulled before we could post. The bike does not appear to be available, but enjoy the right way to present a bike. MI]

Every once in a while RSBFS staff come across a bike that is both rare AND honestly represented. The latter is often as rare as the machine itself. And speaking of machines, today’s offering is no less than the vaunted Yamaha RZ500, a twin-crank V-4 two stroke patterned after the big GP bikes of the day. With a GP-inspired 16″ front wheel, full bodywork, and exhausts poking out of the tail section shotgun style, the RZ500 has long been a lusted after model by collectors and riders alike. And this particular bike is so nicely documented by the seller that I will let them take over the narrative at this point. Read (and drool) on!

From the seller:
This is my 1985 Yamaha RZ500 for sale. This is a Canadian Version. This is one of the legendary models that Yamaha built for the street use and if you are already looking at this posting, you may be knowing how valuable these bikes are. The bike is absolute fun to ride, not restored, not molested.

It was imported to USA back in 1986 by the previous/ first owner and he had the bike all these years taken well care of. I bought the bike 2 years back thinking that I will keep it forever as a collection.

Now that I have bought a new house and moving in, I have a lot of financial priorities to take care of and I find no other way than letting this bike go. I myself is a picky person when it comes to things I buy and this bike is really worth it. The joy of riding a 2 stroke in power band is something that you won’t get in any of the new generation bikes as per what I think. The RZ500 is one of its kind that really needs to be known.

More from the seller:
When I bought the bike it was all original untouched in any way. I decided to do a complete engine rebuild as the bike itself was 30 years old and I thought it’s a fair thing to do to make the bike completely reliable to ride myself.

A complete engine rebuild was done by the famous 2 stroke specialist Rick Lance (very well known for Lance Gamma) in October 2016, little over a year ago. No expenses were spared. All the engine seals and gaskets were replaced. New first oversize pistons were installed. All genuine Yamaha parts were used for the rebuild. Anything and Everything related to the engine was taken care of. The water pump, oil pump, YPVS etc. work perfect as they should. It is using stock carburetors and exhausts. I did the break-in run and was carefully done. The bike has run only 580 Kms after the engine rebuild. All fluids were replaced at the time of engine rebuild. However I replaced the engine fluids again and topped up the 2t oil two weeks back because I did the break-in run and thought it would be nice to.

The bike starts usually in one or two kicks and settles to a nice idle and runs real smooth through all the gears.

More from the seller:
A new fuel petcock was installed, and as per Rick’s recommendation, a supplement fuel tap is also installed which is really required for these bikes for shutting off fuel completely from flowing to the system when the bike is not in use, and this is the only additional fitting on the bike other than the stock setup and as per me I really like the supplement petcock as it is very useful and really convenient.

New battery was installed at the time of the engine rebuild and is still almost as new.

Rear brake calipers were completely removed and serviced. However, I would like to change the brake pads for more efficient braking. Just did not get the time to do it, now the new owner could 🙂 (A set of brand new EBC brake pads along with the set of caliper pistons and kit goes with the bike. See the list of items I am giving away with the bike for more details).

The Tires are not new but they are in good condition Metzeler tires. However it’s up to the new owner whether he/she decides to put on a new pair before doing any serious fast riding.

All the electrics work on the bike as they should, the Turn Signals, headlight, rear/brake light, meter lights, horn etc.

Everything on the bike is original. The bike is really clean and well maintained. The pictures speaks for themselves.

More from the seller:
Please read below for the drawbacks and negatives as I think it is and important to mention.

1) The body kit is replaced and is a brand new Australian made high quality kit and price runs over $1000. The body kit was replaced because the bike fell down on the drive way (while parked on kick stand) when I was moving things to my new house. It broke the right side lower cowling screw attachment at 2 points.

2) The right side exhaust also got a scratch mark when it fell which I thought of leaving it alone. (Please see the picture)

I bought a separate super clean gas tank from a seller and got it repainted by a high end professional. High quality DuPont paint was used for the paint job and the color matches perfectly with the new body kit. As said please refer to the pictures and you can see the quality.

This is a 32 Year old bike and will have its own minor blemishes and drawbacks as you could imagine. Please don’t expect a 100% perfect showroom condition bike. There is no warranty or guarantee expressed or implied.

More from the seller:
The bike is currently located in Houston, Texas. It has a clear Texas title in my name.

The reserve price I have kept is very nominal and reasonable as per the market price. I have no intentions to make any profit out of selling it, and I am not a business man.

I hope it finds an owner who is just enthusiastic and a bike lover just like me.

How’s that for some detail? Gotta love the attention this seller has put into the advert – and based on the photos one can only assume the same treatment was bestowed on the bike. Sure, it has some use and the pipe rash and replacement plastics are a ding to sanitary originality. The rebuild from a reputable shop is a check in the plus column. The big RZ is the most common of the 500cc smoking set here in the US, but that does not make it cheap by any means. Bidding has started out very slow on this one, and the auction sits at just over $10k with reserve in place. I would expect a bike like this to fetch in the neighborhood of $15k, so there is time and room to move if you are so inclined. Check out all of the details here and enjoy a collectable classic that is begging to be adopted and ridden like its repli-racer looks might suggest. Good luck!! 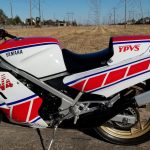 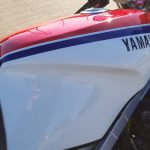 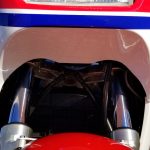 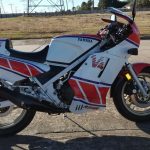 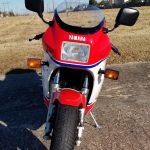 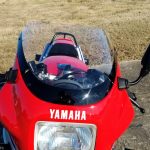 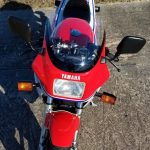 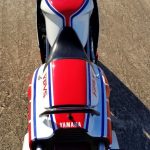 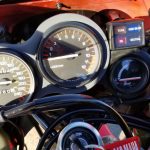 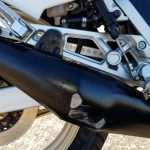 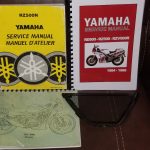 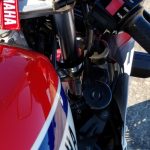 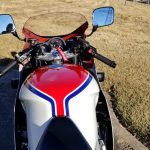 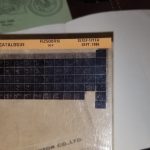 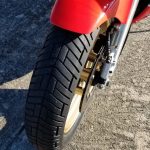 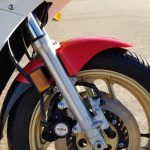 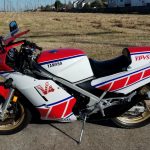 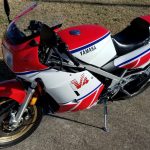 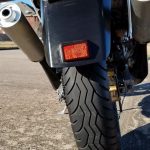 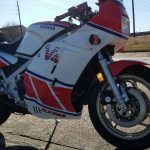 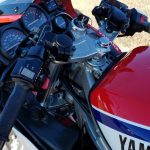 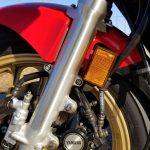 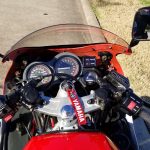 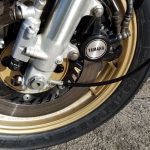