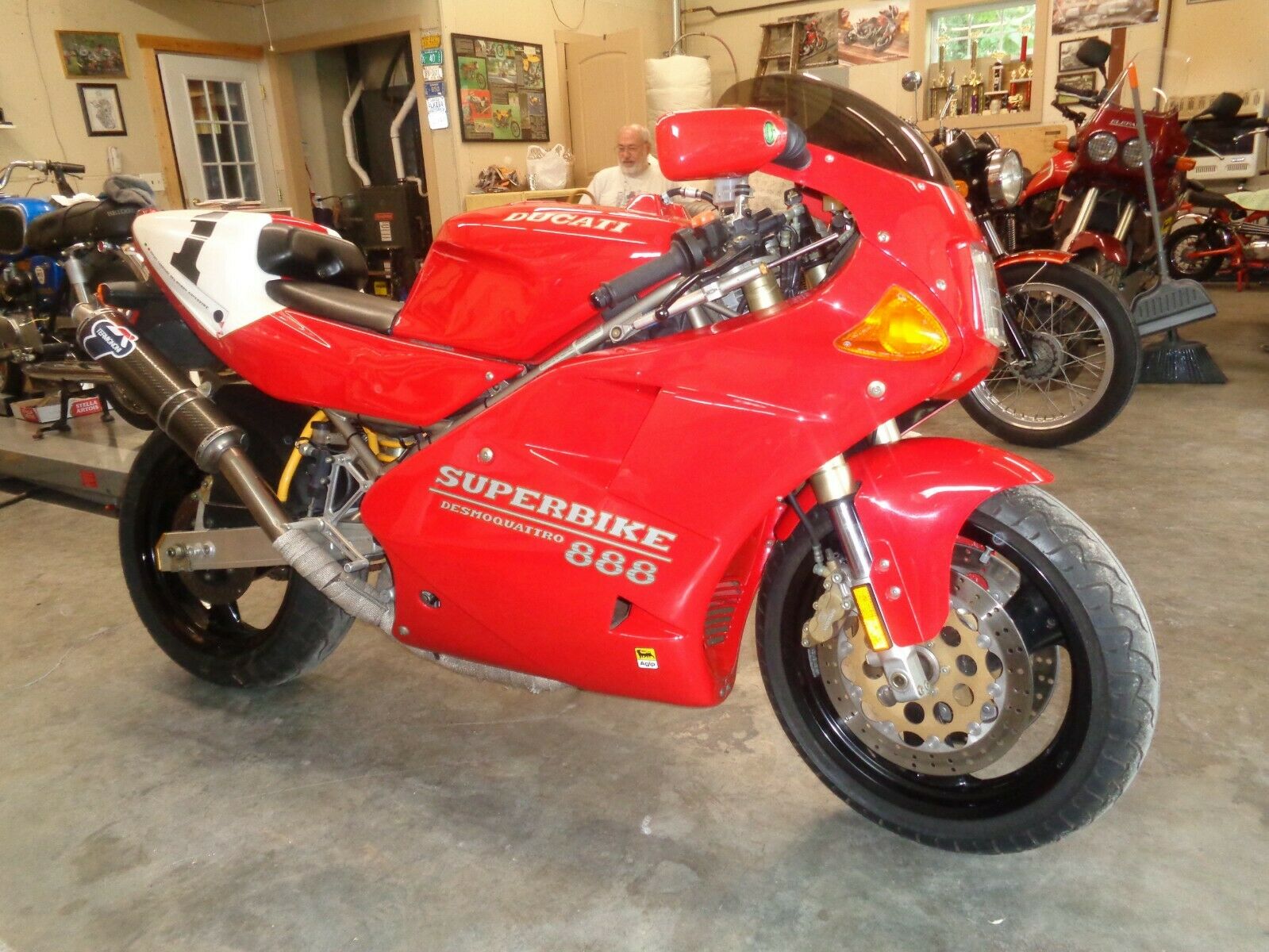 The follow-on evolution of the wildly successful 851, the Ducati 888 had a short, but equally productive life span. Championed by Doug Polen on the world’s SBK stage Ducati was victorious in both 1991 and 1992 campaigns. As a street bike, the 888 continued on through 1994. However by 1993 the SPO models in the lineup were already powered by the next revolution in Ducati firepower, the 916cc desmoquattro engine (as was the SBK racer). However the 888 was still a very stout street bike, and the overall update to the 851 made this an outstanding platform in its own right. Often overlooked as simply the bridge to the 916, the 888 is worth a serious look if you are a riding enthusiast. 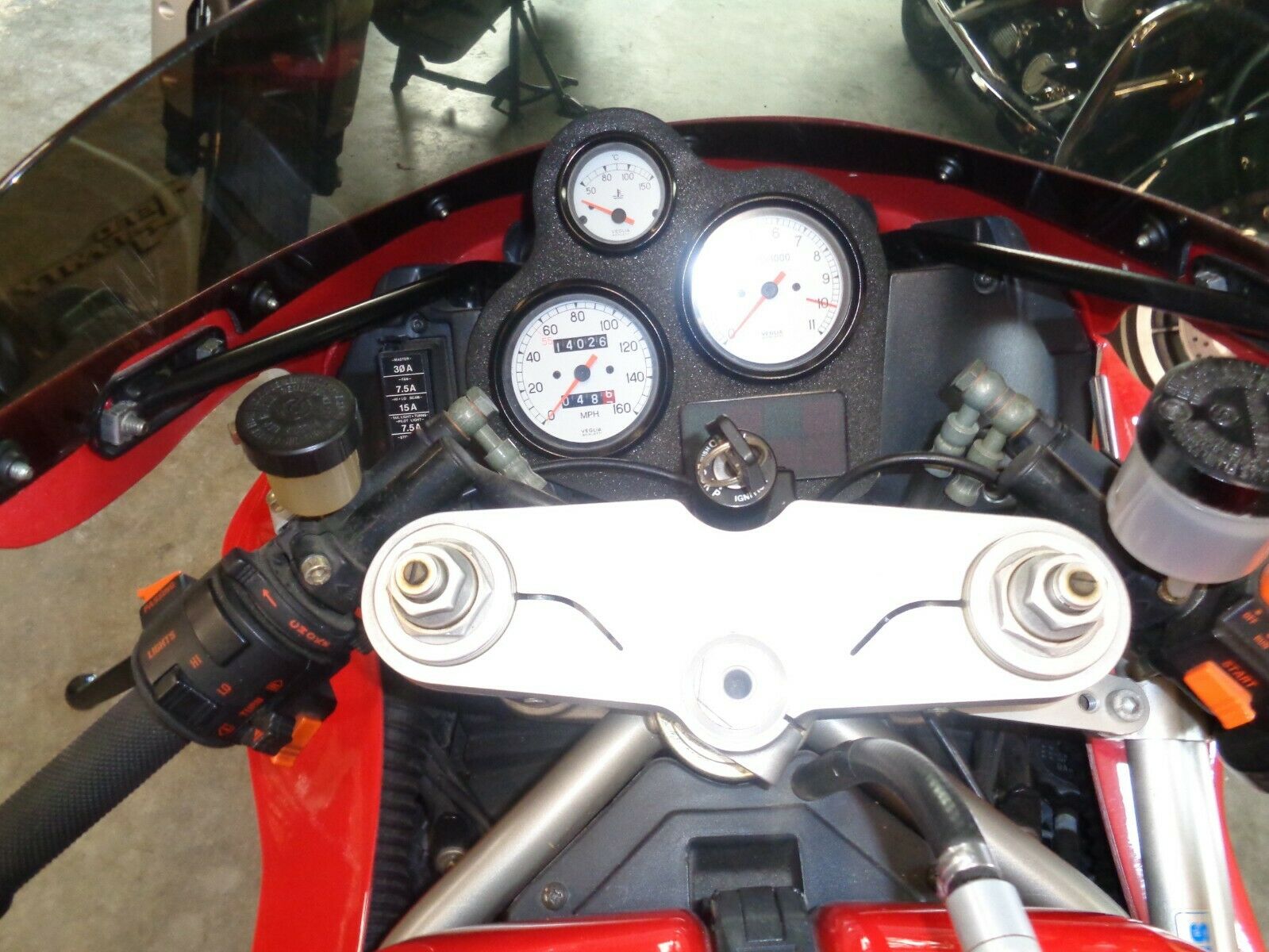 Born from the punched out sports production (i.e. homologation) 851 model, the 888 featured the larger displacement engine that the nomenclature on the fairing might suggest. And the engine was not the only updates piece of the 888 puzzle. Notable designer Pierre Terblanche (yes, of the 999 infamy), reworked the styling of the 851 to lengthen the lines and produce an evolved shape. In many ways, this makes the 888 look physically bigger than the 851, yet it is equal or smaller in the most significant dimensions (wheelbase, overall length, height, etc). These longer lines are echoed in some of Terblanche’s other designs, including the Supermono. Overall, the 888 is a visually striking machine. Aurally, the fuel injected, liquid cooled, 4-valve per cylinder with desmodronic action L-twin remained a booming beast, offering low down torque and an intoxicating higher RPM rush. Formidable on the racetrack as well as the street, the 888 was the middle child that never seemed to get the accolades of the younger or older siblings. It is, on the whole, the rarest of the 851/888/916 trio. 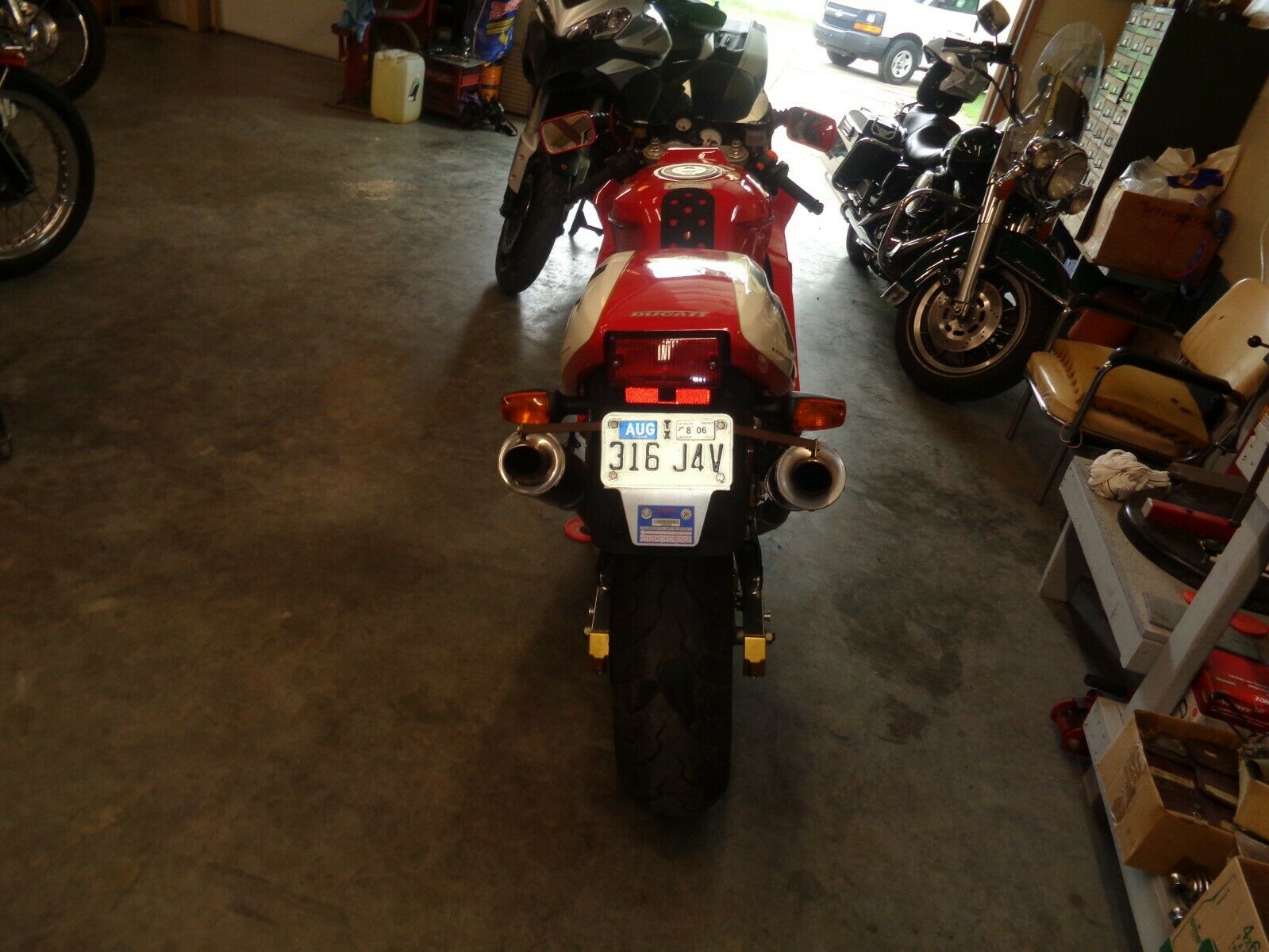 From the seller:
This is a nice 888 with 14026 miles. It needs nothing and was just serviced. It starts and runs good with everything in good working order.

The 888 that Ducati imported into the US was an SP0 model. Note that this was during a tumultuous period in Ducati’s history, before they hit it big and really made strides in consistent manufacturing. Record keeping was marginal, and many models changed mid-year simply due to parts on hand. That being said, the 888 came to America to go racing – in AMA Superbike. Thus, all of the US imported (i.e. federalized) 888s are homologation machines. You can check the VIN number in positions 4-6: “1” for street bike (versus race only), “H” for homologation (versus super sport, super bike, monster, etc), and letters for variation on street bike (i.e. A,B,C), or numbers for the racers. A reported 200 units were imported in 1993, and about half that number in 1994. Of course by the end of 1994, nobody wanted a 888 anymore. The 916 had arrived. That makes the SP0 a rare example – and one to hold on to. 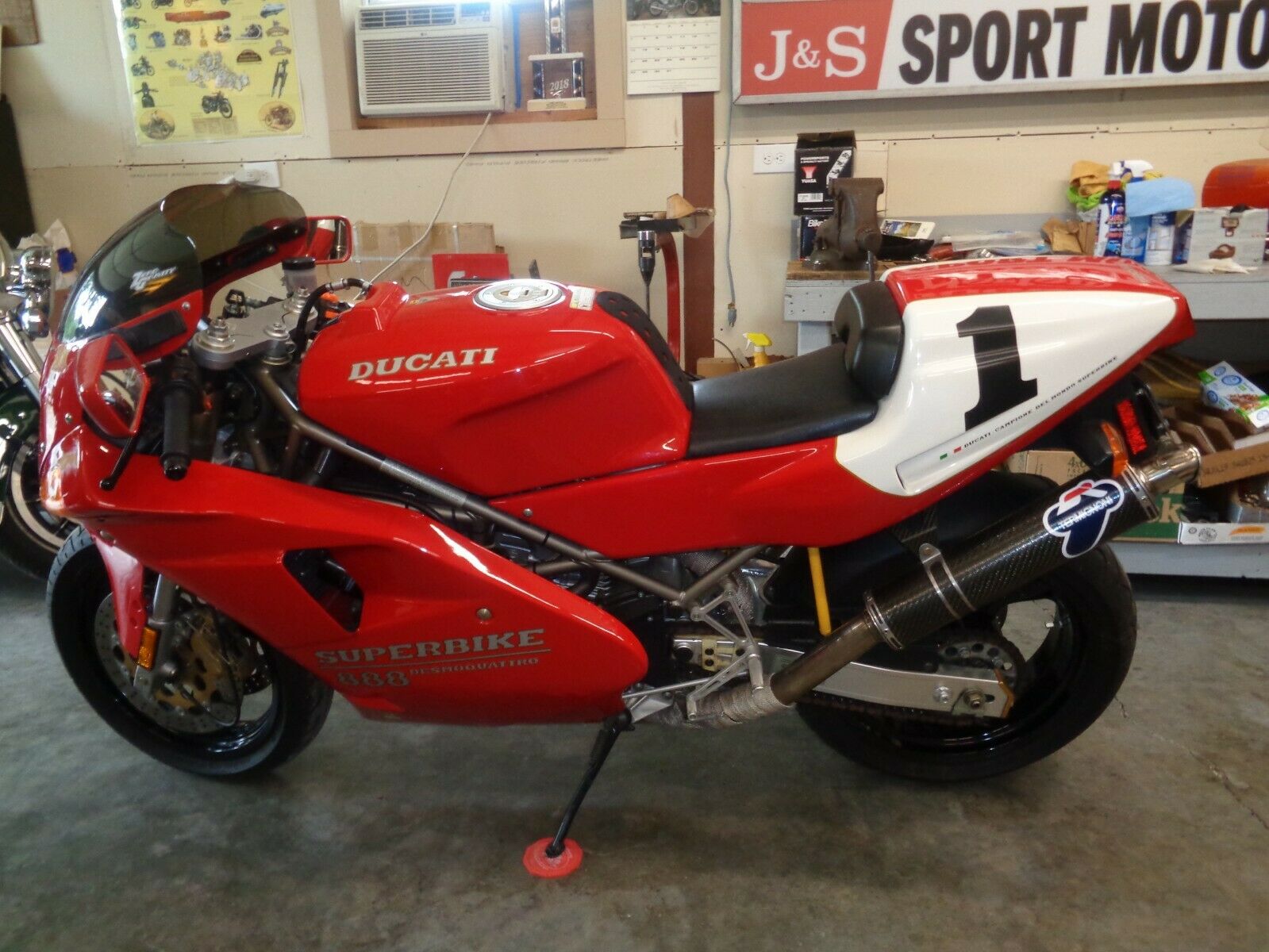 There is not much info about this particular bike, nor too many pictures. It has apparently just had a service (good), and seems to have been thoroughly enjoyed given the mileage (14026). The 851/888 models are far more comfortable than the 916 series that followed, and the engines have proven to be extremely durable provided that the usual belt/valve/oil change services have been completed regularly. Parts are still available, and performance is more than adequate for any para-legal street activities. Best of all, the bidding starts at a reasonable $7k. You get the sound and the status of Ducati ownership, along with the visceral presence of the bike and the rarity of the US homologation model. Win win win. Check it out here and Good Luck!!