Monster S4R’s aren’t seen as often as the even more rad S4RS, maybe because most riders with $14K for a Monster back in 2007 probably could go another boat payment for the RS.  Still this example is almost everything a super naked fan could want, with the exception of a couple of spots that could use a little love. 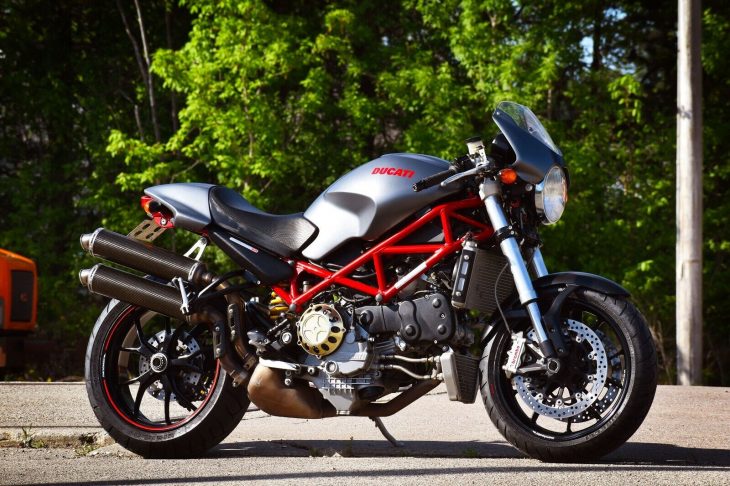 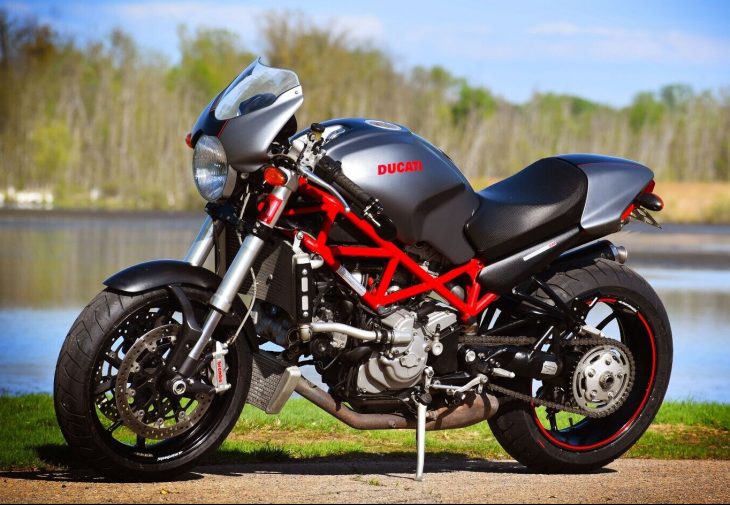 Four-valve Monsters were first delivered in 2000 with the 916cc S4, but for 2007 got the new testastretta 998 with 130 hp.  The classic trellis frame had to be beefed up for the new engine, and it was still a project to install all the engine plumbing and electrical beautifully.  Suspension components are merely excellent rather than exotic, with fully adjustable Showa forks and Sachs monoshock.  Wheels and brakes appear up-market, though there might be metallurgical differences with the wheels.  The matte titanium finish makes a great composition with red and black accents, but didn’t use carbon fiber as part of the package. 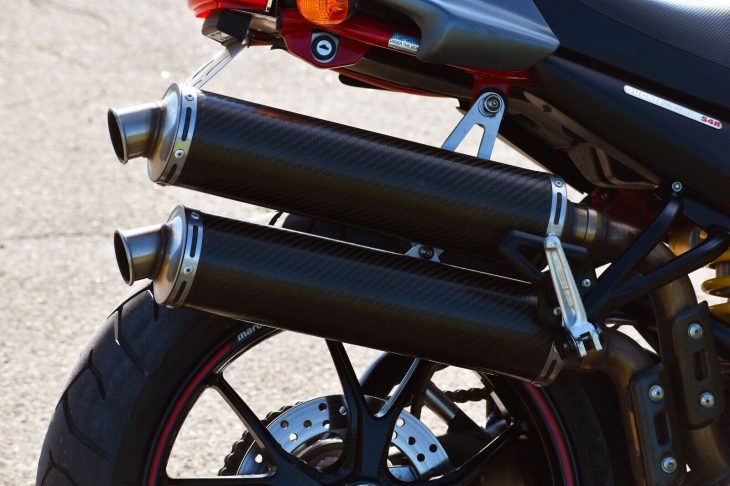 Presented by a boutique Wisconsin dealer, this S4R looks very good with just a few fixable cosmetic issues.  A hair under under 9,000 miles, Termignoni carbon mufflers, both keys and a recent valve service are part of the deal.  The nicks in the paint, scratched clutch cover and “experienced” front brake lever could be addressed on the next owner’s schedule, and a finished tailcone might still be available from the factory.  Good notes provided in the eBay auction –

Modifications consist of a Ducati Performance-branded tank protector pad, a vented clutch cover, a bar-end mirror, clip-on handlebars, carbon-fiber mufflers, and a rear-fender eliminator kit. Service in preparation for the sale included replacing the timing belts, tires, front brake rotors, and spark plugs as well as checking the valves and flushing the brake and clutch fluid. This Monster S4R has 9k miles and is now offered in Wisconsin with an owner’s manual, a red key, a black key, a key-code card, and a tool kit, and a clean title.

The bodywork is finished in matte silver over a red steel trellis frame. Features include a Ducati Performance-branded tank protector pad, a matte black-finished front fender, a side stand, rear-set foot controls, a rear-fender eliminator kit, and a two-up seat with a removable body-color cowl. There are mild scratches and scuffs on the fuel tank and the tail section, shown in pics. 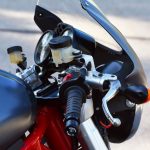 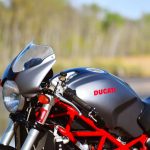 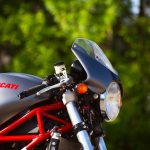 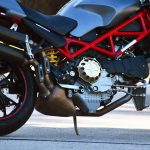 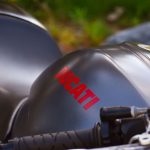 Sustained triple-digit speeds are somewhat easier on the S4R than on the rider, but all good for a short burst.  The next owner could take it to another level with a cat-less exhaust, a new tune, some guards for the radiators and find some nice carbon bits – all before the riding season really gets under way.  The ask is assuredly post-pandemic, but the Make Offer button is there to get the conversation started.