Backing away from the brink, Ducati needed a successor to the F1 and a second fiddle to the 907 i.e., and found it in the 750 Sport. The fully-faired desmodue was lightweight and used the Paso engine in the F1 frame.  Not an earth-shattering development, but gave the SuperSport department a chance to show their expertise. 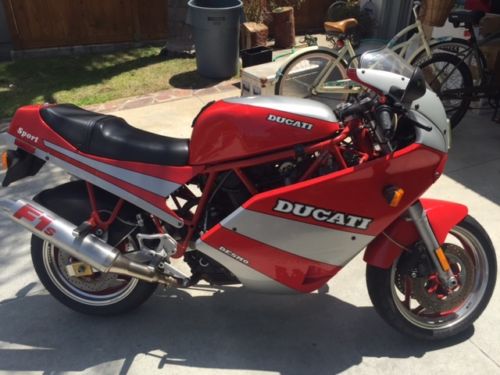 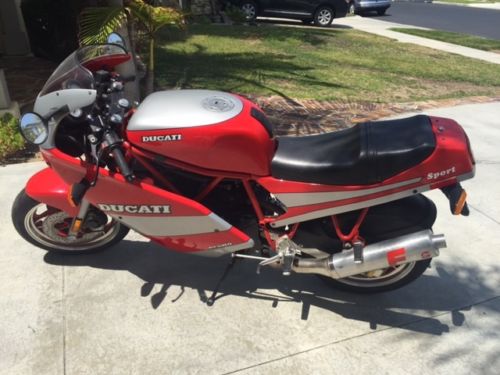 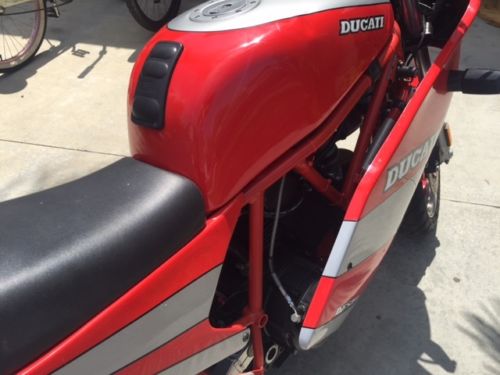 Sporting Weber’s single carburettor between the cylinders, the 750 Sport had occasional driveability issues, but once sorted the 748cc air-cooled mill was a winner.  Staying on budget, Marzocchi supplied suspension for both ends, and likewise single-puck Brembo brakes.  16-inch rubber can be a test of a fan’s dedication, but the options are much better today than when this bike was simply middle-aged.  Especially with the sun-ray graphics, the endurance fairing is sweet, but is more a fond glance over Ducati’s shoulder than a look ahead. 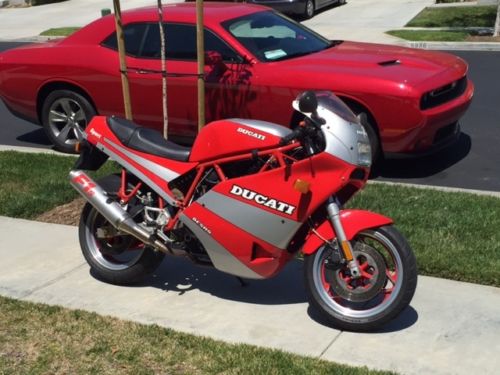 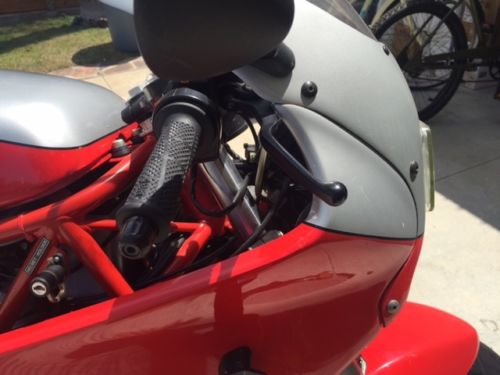 This owner’s second 750 Sport, this example has a little over 21,000 miles and a set of period slip-ons.  Good shape though scrapes and bumps almost suggest a trip to the paint booth.  The smashing factory paint scheme justifies freshening up.  It has new tires but recency of the cam belts would need to be determined.  From the eBay auction:

Runs great – excellent, not perfect, unrestored condition.  Tires and hoses are new.  Awesome nearly VINTAGE Ducati.  I bought one of these in 1990 and loved it.  This is my second one.   My Ducati book says only 150 were imported into the US.  Many of those went to the track and I have never seen another one on the street.

Similar to a PASO but cooler.  I have manuals and original Cycle World magazine where they tested the bike that will go with the sale. 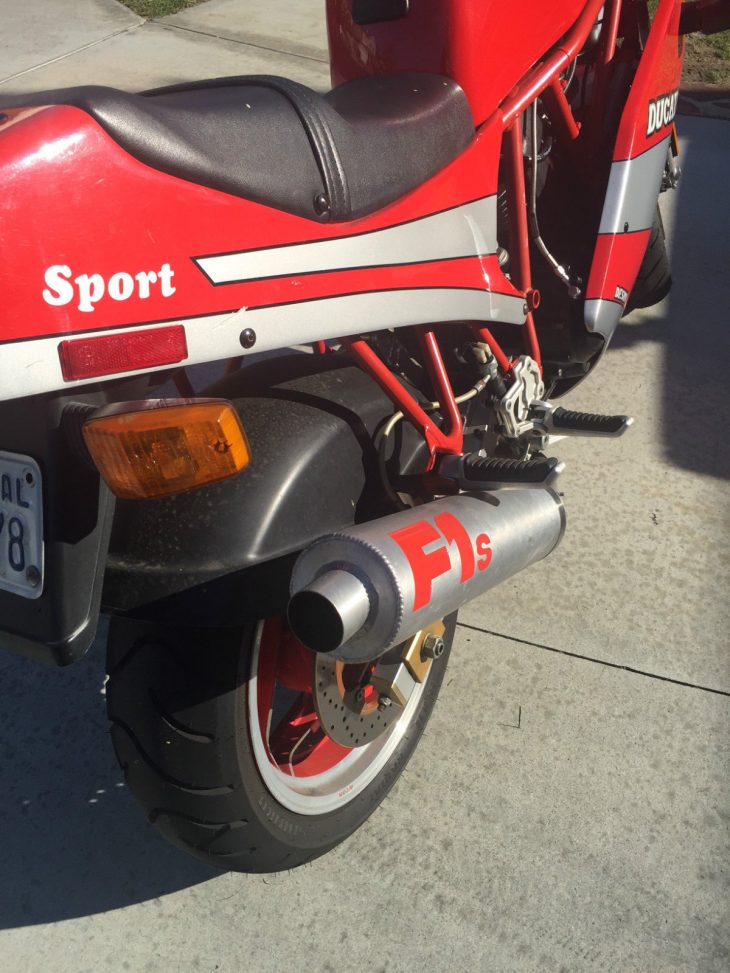 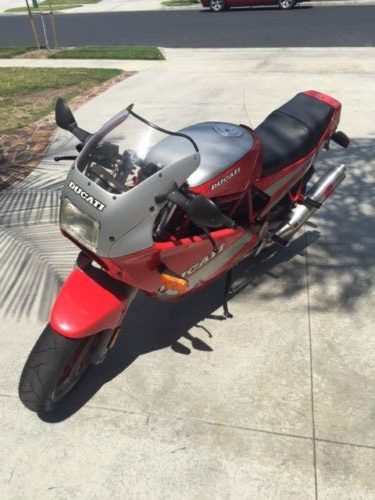 The auction has several bids and the owner is refreshingly under no illusions of starting bids or reserves.  Likely to always be a rider, the new owner could have a nice one or with a little work, a gem to roll out.  An interesting chapter in the Ducati history book, frozen in trellis frame and desmodue…
-donn 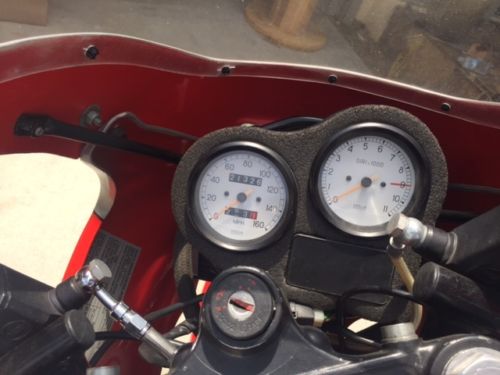